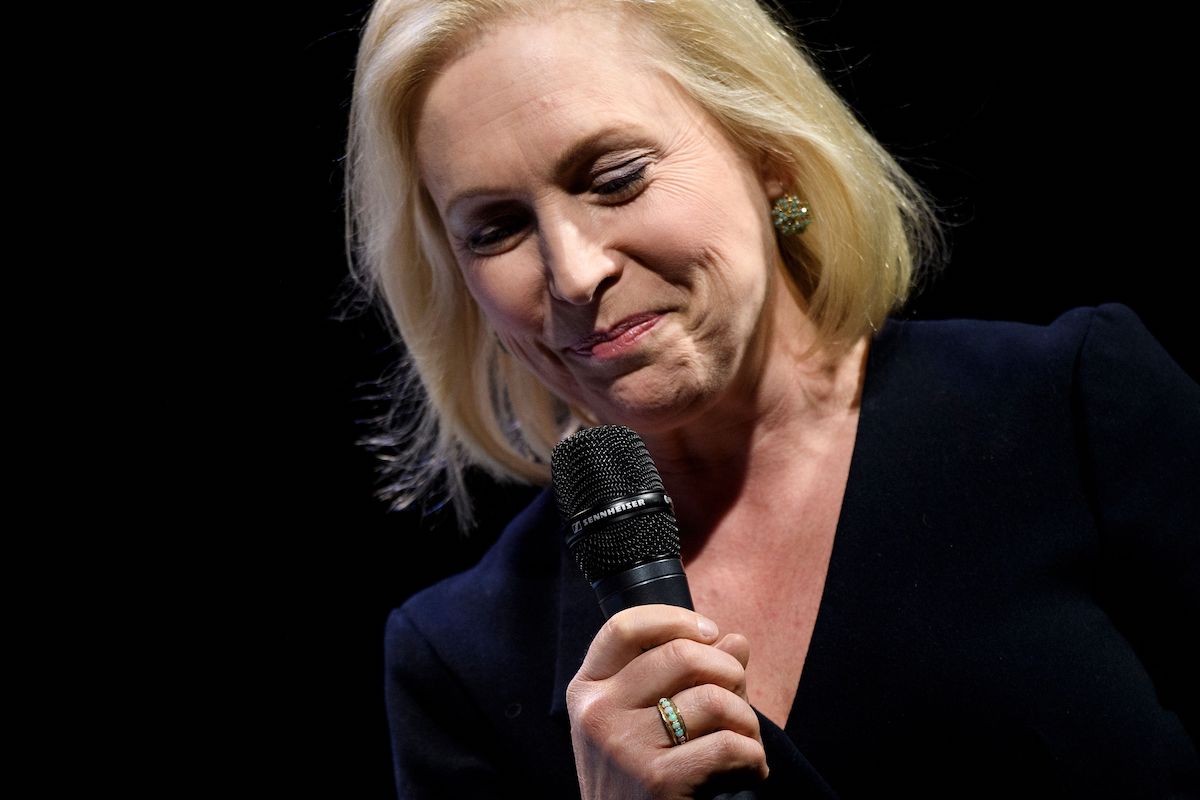 Senator and Presidential candidate Kirsten Gillibrand has been working her way through the midwest, looking to target independent and swingable voters in what she’s dubbed her “Trump broken promises tour.”

Trump won a lot of voters in these battleground states by offering them quick fixes for “economic anxiety.” He promised a lot of things, including opening more factories and bringing jobs back from overseas. He also focused hard on immigrants as a scapegoat for widespread job loss.

One of the biggest questions when looking ahead to 2020 is how Democrats are going to try to appeal to the voters who fell for Trump’s empty promises and are still suffering. Will Democratic candidates give their attention to those white working-class voters that dominate Washington Post and New York Times op-ed pages? Or will they work to bring in young people, POC, and other communities that have historically been ignored by political campaigns?

Gillibrand just gave a great example of how to do both.

At a roundtable event in Youngstown, Ohio this week, a white woman holding a baby asked Gillibrand about the term “white privilege” and other “divisive language” used by Democrats. “Now this is an area that across all demographics has been depressed because of the loss of its industry and the opioids crisis,” she said. “So what do you have to say to people in this area about so-called white privilege?”

Gillibrand’s answer was stellar. She managed to demonstrate the difference between having degrees of privilege and being “privileged” full-stop, which can be a hard distinction for a lot of white people to grasp, especially those living in areas with widespread and even generational poverty. But there is a difference and Gillibrand doesn’t shy away from it. She offers compassion while saying flat-out that there no matter the hardships she and her family face, there are some that they simply will never have to deal with or even think about, for no reason other than their skin color.

Today in Youngstown, OH, a woman asked: “This is an area that, across all demographics, has been depressed because of the loss of industry and the opioid crisis. What do you have to say to people in this area about so-called white privilege?”

Here’s what I answered: pic.twitter.com/M8Ld5yjVE6

Youngstown and the surrounding areas saw massive layoffs from local steel plants in the 1970s and 80s. Tens of thousands of workers were let go and the area never fully recovered. Last year, General Motors announced they would be shutting down a local plant, putting thousands out of work. This is an area that’s been devastated by deindustrialization. All of that, Gillibrand says, “is not acceptable and not okay. So no one in that circumstance is privileged on any level, but that’s not what that conversation is about.”

“What the conversation is about is when a community has been left behind for generations because of the color of their skin,” she explains. “When you’ve been denied job, after job, after job because you’re black or because you’re brown. Or when you go to the emergency room to have your baby. The fact that we have the highest maternal mortality rate and if you are a black woman you are four times more likely to die in childbirth because that healthcare provider doesn’t believe you when you say I don’t feel right. Because he doesn’t value you. Or because she doesn’t value you.”

“So institutional racism is real. It doesn’t take away your pain or suffering. It’s just a different issue. Your suffering is just as important as a black or brown person’s suffering but to fix the problems that are happening in a black community you need far more transformational efforts that targeted for real racism that exists every day,” says Gillibrand.

Gillibrand offers up another concrete statistic to illustrate the differences in these conversations: the disproportionate arrest rate for black and brown people when it comes to enforcing marijuana-related laws.

So if your son, is 15 years old and smokes pot. He smokes pot just as much as black boy in his neighborhood and the Latino boy in his neighborhood. But that black and brown boy is four times more likely to get arrested. When he’s arrested that criminal justice system might require him to pay bail. 500 bucks. That kid does not have 500 bucks he might not be able to make bail. As an adult with a child at home and he’s a single parent, if he is thrown in jail no one is with his child. It doesn’t matter what he says, I have to go home, I have a child at home, he’s only 12. What am I going to do. It doesn’t matter.

Imagine as a parent how you would feel so helpless. That’s institutional racism. Your son will likely not have to deal with that because he is white. So when someone says white privilege, that is all they are talking about. That his whiteness will mean that a police officer might give him a second chance. It might mean that he doesn’t get incarcerated because he had just smoked a joint with his girlfriend. It might mean that he won’t have to post bail. It means he might be able to show up to work the next day and lose his job and not be in the cycle of poverty that never ends. That’s all it is.

But it doesn’t mean that [doesn’t] deserve my voice, lifting up your challenge. It also doesn’t mean that black and brown people are left to fight these challenges on their own. A white woman like me who is a senator and running for president of the United States. Has to lift up their voice just as much as I would lift up yours. That’s all it means. It doesn’t take away from you at all. It just means we have to recognize suffering in all its forms and solve it in each place intentionally and with knowledge about what we are up against.

Gillibrand’s speech was met with applause from the group in the room. What do you all think of the answer she gave?