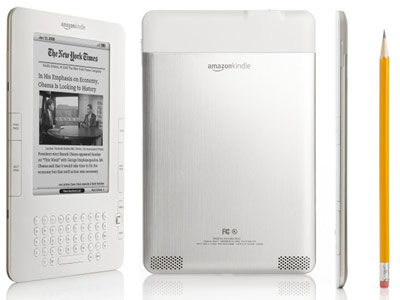 Amazon has dropped the price of a Kindle 2 by almost 30%, from $259 to $189.  This announcement comes so hot on the heels Barnes & Noble‘s more affordable Nook announcements that it may have left scorch marks.

Could Amazon be feeling the pressure of competing against other “book only” ereaders (not to mention the iPad)?  Is it worth pointing out that their black and white only text reader now costs less than a Wii?  Has this announcement energized this frequent commuter towards their product?