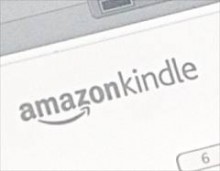 Owners of Amazon’s Kindle e-book reader have long clamored for the ability to lend each other e-books, making them more like, you know, actual books. And Amazon has been listening: In a post on Amazon’s Kindle Community forums, the Kindle team has announced that sometime later this year, Kindle book lending will become a reality. Though that reality probably will not make the anti-DRM set especially happy.

later this year, we will be introducing lending for Kindle, a new feature that lets you loan your Kindle books to other Kindle device or Kindle app users. Each book can be lent once for a loan period of 14-days and the lender cannot read the book during the loan period. Additionally, not all e-books will be lendable – this is solely up to the publisher or rights holder, who determines which titles are enabled for lending.

We will post to the forum later this year when these features are available.

b. Lender can’t read the book during that time.

c. Publishers and rightsholders determine which books are available for lending; some won’t be.

d. (The kicker) Each book can only be lent once.

Granted, anything Amazon did with lending short of allowing free and indiscriminate Kindle Book file-sharing would make a sizable chunk of users unhappy. Any measure that makes e-books harder to share than the dumb little bundles of data that they actually are constitutes digital rights management, and some people apparently dislike DRM just a little bit. On the flip side, a lot of publishers are freaked out by the specter of e-book piracy as it is: Building in a standardized lending system that lets users transmit books to each other’s devices without violating Uncle Sam’s divine law is likely to give them the jitters, which straightforwardly explains point c) above and somewhat less straightforwardly explains point d). Sure, people can already easily torrent e-books as it is, if they’re so inclined, but Amazon would have a publisher revolt on its hands if its own lending protocols were subverted by hackers to allow free file sharing.

Still, as RWW points out, Amazon’s announcement is a bit ironic in light of CEO Jeff Bezos‘ criticism last year of Barnes & Noble’s e-book lending on the Nook, which had a similar set of restrictions in place: “The current thing being talked about is extremely limited. You can lend to one friend. One time. You can’t pick two friends, not even serially, so once you’ve loaned one book to one friend, that’s it.” Sound like familiar complaints? Still, some book lending is better than none at all. Hopefully, when more details arrive later this year, Kindle lending will be a little more robust, but Amazon may have learned the hard way how rigid publishers can be in the face of technological change.