99.9% of rage quitting is caused by being hangry 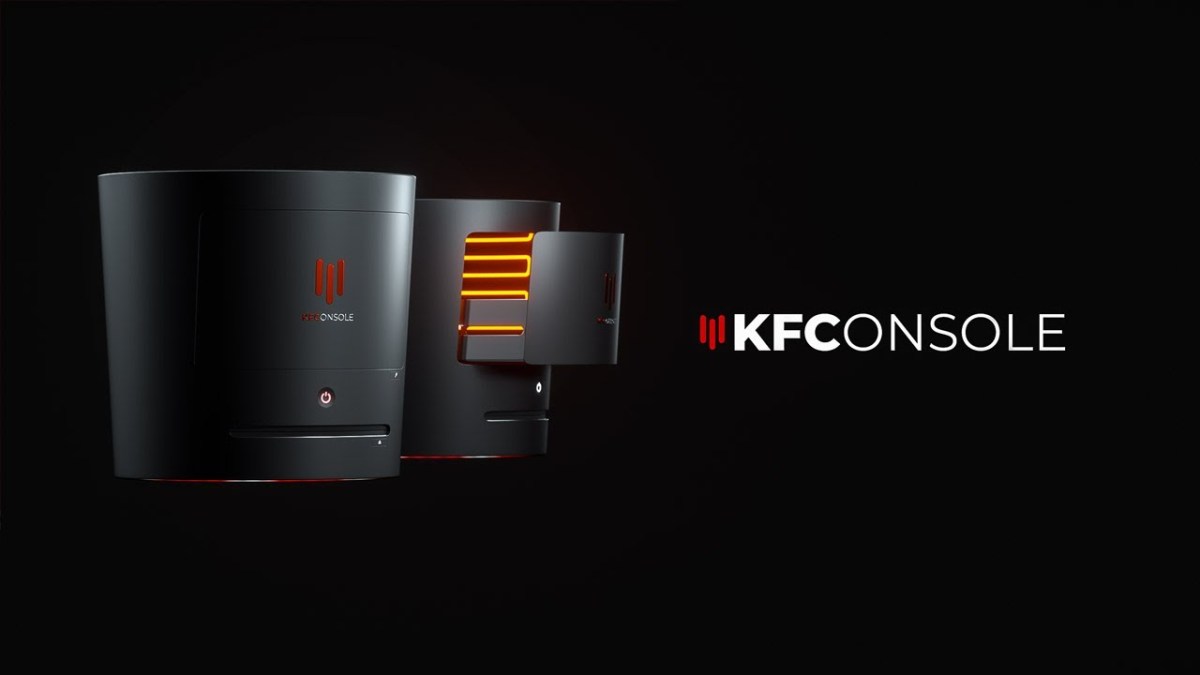 I continue to be intrigued by the entity that identifies itself as Kentucky Fried Chicken, or KFC for short. I haven’t quite succumbed to pure confusion, not even after the food chain’s descent into the romance genre. I’m on record saying that their recent romantic entanglement wasn’t spicy enough, admitting that I was more than ready for a ridiculous attempt at a crispy (or original recipe) love affair.

I didn’t think there was anything else Colonel Sanders could do that would truly leave me befuddled.

The console wars are .

Is this the moment where I cry out WTF over Harland Sanders?

No. If anything, this makes me proud to call myself a gamer.

There’s nothing worse than being hungry when you’re blasting away at adversaries. Adrenaline makes it hard to hit pause in favor of making a sandwich. But what if you had food within your grasp as you clutched onto your controller, I hear execs whisper over in the birthplace of chicken, Kentucky. What if there was a way to game AND nom on perfectly breaded chicken tenders?

According to my exhaustive, seconds-long research, this is something that’s been in the works for months, after all, the first teaser dropped back in June.

The new trailer released today is flashier, coming equipped with inspiring narration and imagery that makes you think of the dependability of a motor vehicle that can drive through rough terrain. There’s also an entire website in the thread that gives finger-lickin’ good console specs, complete with sleek close-ups of the world’s first built-in chicken chamber. That’s right, gamers, you can keep your juicy tenders warm AS YOU GAME, holy cluck!

Now I don’t wanna jump to conclusions, but it appears that Fall Guys may be a launch title?

KFC’s done so much off-the-wall stuff that it’s not that farfetched that they’d launch an entire console. They’ve also been involved in gaming to the point of having a dating sim and a Twitter account with a good number of followers. The account also had a countdown leading up to this new trailer.

However, it’d be irresponsible of me to not mention that when they released the initial console trailer back in June most assumed it was purely to troll Sony after their PlayStation 5 reveal. If you remember, many (and I mean MANY) folks took to social media to poke fun at the design of the PS5, so this bucket-shaped, cross-platforming chicken warmer came off as another joke on how the PS5 looked.

I should also mention that they announced a delay in the console release around the time Cyberpunk 2077 announced another round of delays.

We have important news to share with you pic.twitter.com/El2G0IrrAG

Technically, this trailer is later than their projected release (December 11th), which KFC comments on in an earlier tweet. Ironically, December 11th is the day after Cyberpunk 2077 released. Coincidence? Or just the circumstances of the setbacks of 2020?

Well, this is awkward… pic.twitter.com/n1koQPQtJ3

The countdown started on the 18th, btw, leading up to this trailer where there’s still no actual release date, price, or anything that says that this is something beyond a prank.

So maybe this trailer with no release date is a reminder to just… wait until it’s ready? Only the Colonel knows what the future holds for the next evolution in gaming.

Yo KFC, send me a console and I’ll totally do a legit review of it!