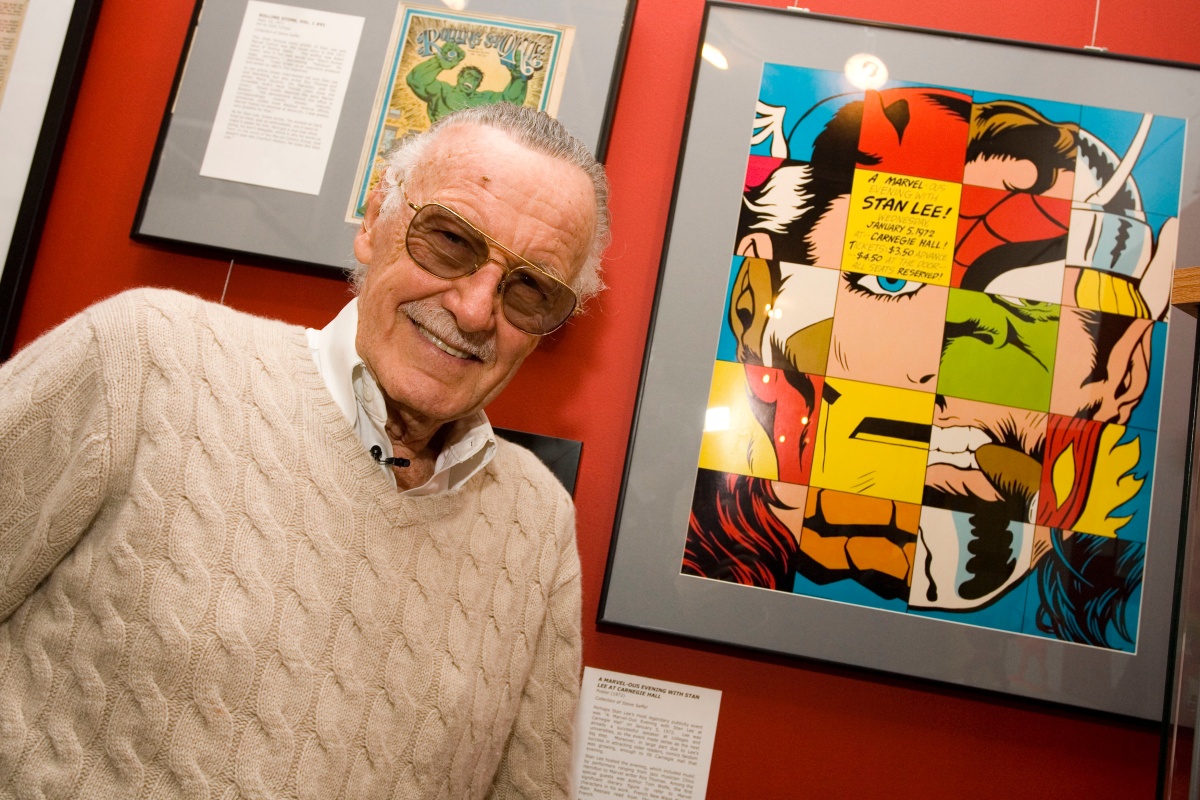 A Los Angeles court official said Monday that Keya Morgan, the man responsible for caring for Stan Lee in his old age, has been charged with elder abuse against the late comic book icon, according to HuffPo. There is currently a warrant out for Morgan’s arrest.

Morgan, a New York-based memorabilia collector before getting involved with Lee in 2017, was served with a restraining order last year after Lee’s family accused him of elder abuse. Last year, according to court documents, Morgan was accused of seizing control of Lee’s Hollywood Hills home and “hiring security guards with orders to keep away relatives and associates before moving the comic book creator to an unfamiliar condominium.”

First of all, whoever allowed a memorabilia collector of all things to take care of Stan Lee needs to be fired. Why would you allow someone who is a nerd or nerd-adjacent to be around one of the biggest living icons of an entire entertainment genre? That’s like hiring me to look after Naoko Takeuchi (the creator of Sailor Moon); it’s too much power for someone who has that much interest in a subject matter.

Still, it is heartbreaking to think that Stan Lee, at the twilight of his life, was dealing with people taking advantage of him, and it wasn’t just Morgan. According to a story published by The Hollywood Reporter back in April of 2018, Lee was having money-related arguments with his 67-year-old daughter, J.C., who was looking to get more money out of the trust set up for her by her father. Documents stated that J.C. would charge “in any given month, $20,000 to $40,000 on credit cards, sometimes more,” and when Lee and his daughter disagree, “which is often,” she “typically yells and screams at me and cries hysterically if I do not capitulate.”

Lee feared that after his death, his daughter might “become homeless and destitute” if allowed to gain all assets.

Jerardo “Jerry” Olivarez, Keya Morgan, and J.C.’s attorney, Kirk Schenck, were all named as “bad actors” who were being charged with manipulating Lee and attempting to consolidate power. As THR stated in that same report,

“Lee’s phone number has been changed, and his emails are being monitored and composed by Morgan. (‘Stan Lee has macular degeneration and his eyes cannot see small letters,’ Morgan explains. ‘I have been taking him to the eye doctor and reading his e-mails for him for many years. This is his request, and he thanks me for helping him.’)

While Lee is a rich and wealthy example, this kind of elder abuse is not rare. The 2017 Oscar-nominated short film Edith+Eddie touched on this issue when it explored how older people who have illnesses or cognitive conditions can be taken advantage of by systems that aren’t fully able to assess their needs. The movie was meant focuses on America’s oldest interracial newlyweds, aged 96 and 95, who were being forced to separated by a court order, despite their wishes. It’s a tragic story, but a reminder of the importance of having a detailed will with clear intent because there is no guarantee of what will happen without one, let alone with one.

Morgan could not be contacted, but last year, the memorabilia collector denied the allegations.