Kevin Feige and Russo Bros. Discuss Why None of the Avengers Died in Captain America: Civil War 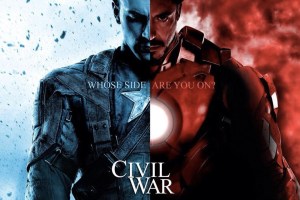 The stakes were already pretty high in Captain America: Civil War–and when it came to the characters who made it out alive, every one of the Avengers emerged (more or less) in one piece. Even that big knock-down drag-out fight at the airport didn’t end in any fatalities. However, that’s not to say that the minds behind the movie didn’t discuss killing off one of the Avengers, as was revealed during a recent Q&A session after a screening of the film on Friday.

HitFix reported that an audience member inquired about the surprisingly low body count in the film, and Marvel president Kevin Feige as well as directors Joe and Anthony Russo said that the question of whether or not to kill off an Avenger was discussed at one time.

Initially, the Russo brothers shared that they had weighed the decision to kill off Captain America before deciding against it, with Feige adding that the plot had always been more about “fracturing the team” prior to the events of Infinity War:

Joe Russo: We talked about lots of potential characters dying at the end of the movie. And we thought that it would undercut what is really the rich tension of the movie, which is this is Kramer vs Kramer. It’s about a divorce. If somebody dies, it would create empathy, which would change and allow for repair, and we didn’t want to do that.
Feige: In the amazing comic book story, which certainly the conceit of this movie is based on and some of the specifics — during their big battle, which has a hundred times as many characters, a character dies. And we talked about that for a while. And, ultimately, we thought what happened to Rhodey would be enough of a downer.
Anthony Russo: The tragedy is the family falls apart. Not that the family falls apart and then somebody dies.

The crux of the film is the revelation of how Tony Stark’s parents really died, and that’s what brings the movie to the climactic battle where Captain America and Iron Man realize that the dividing lines have been drawn. We might not like seeing the Avengers split up right now, but killing someone off may have brought them back together too soon. Besides, it’s not as if Cap and Tony’s conflict didn’t have its own unfortunate consequences (like poor Rhodey).

What do you think about this? Should there have been an Avenger death in Civil War, or did the story go far enough already?