He doesn't say the word "gritty," but it's strongly implied. 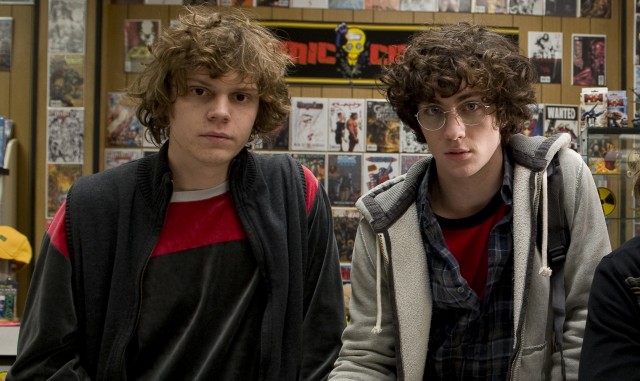 In the great battle of whether Marvel or Fox will turn out a better Quicksilver (which is totally a thing, OK, I don’t just spend too much time on the internet), it looked pre-Days of Future Past like Marvel would have that shit on lockdown. Remember when the X-Men marketing department was putting out turds like this? Bad times, bad times. Then the movie was actually released, and Evan Peters’ Quicksilver was almost universally accepted as the best part of it. Now Marvel president Kevin Feige wants to reassure you that Age of Ultron‘s Quicksilver will be awesome, too. But different. Completely different. And not just because his wig is worse.

The two Quicksilvers “may as well be two completely different characters,” Feige told IGN, even if there will be certain similarities in how his powers will be visually represented (“because he runs really fast, and time slows down if you want to be in his perspective while he’s running fast”). There are two major things Ultron will emphasize with their Quicksilver, played by Aaron Taylor-Johnson, that Days of Future Past didn’t: “One is his relationship with his twin sister, Wanda [played by Elizabeth Olsen]; the other is, his backstory as an Eastern European child of a war-torn country.”

And unlike in Days of Future Past, which had their Quicksilver for all of ten minutes, Ultron will:

“follow him throughout the whole movie — him and Wanda — as it relates to their feelings about the Avengers and how that shifts and changes over the course of the movie. So it’s a very different thing than coming out from one, unbelievably awesome showcase sequence of the movie, and much more interwoven throughout the entire movie.”