What Happens to A Frog When It’s Struck By Lightning? 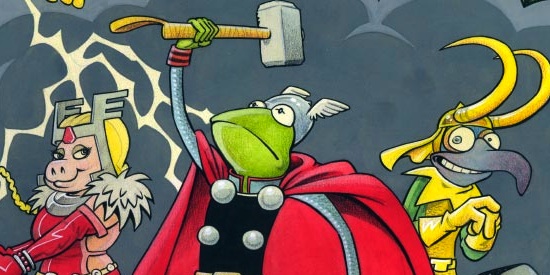 Not the same thing that happens to Toads, apparently.

Yeah, that’s Kermit T. Frog as Marvel’s God of Thunder, Piggy as Sif, and Gonzo as Loki.  This lovely work of art has been brought to you by Roger Langridge, artist behind Boom! Studio’s The Muppet Show comic.  It will be donated to the HeroesCon Art Auction, which is put on every year to help defray the cost of the family friendly comic con, so maybe you just might be able to get your hands on it?

Click through for the entire painting, including Statler and Waldorf.  That’s the two old heckler guys, you uncultured swine. 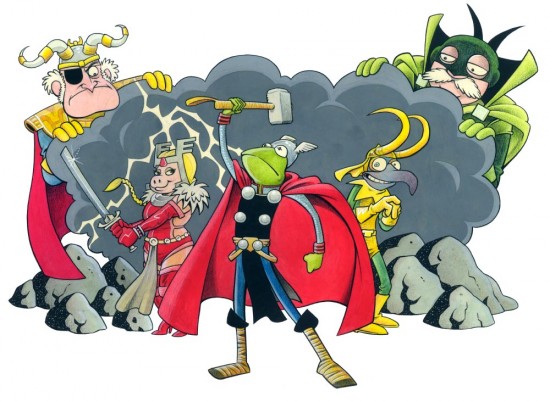 If your mind is already racing to fill out the roles in the rest of this The Muppets Do Marvel universe, I’d like to remind you that the Muppets already have a superhero. 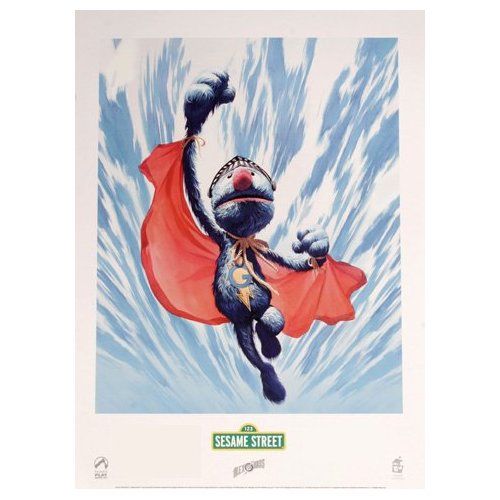 (YES, that is Alex Ross‘ art, I KNOW, is it not AWESOME?) Also, there is Captain Vegetable.  He’s from New Jersey.