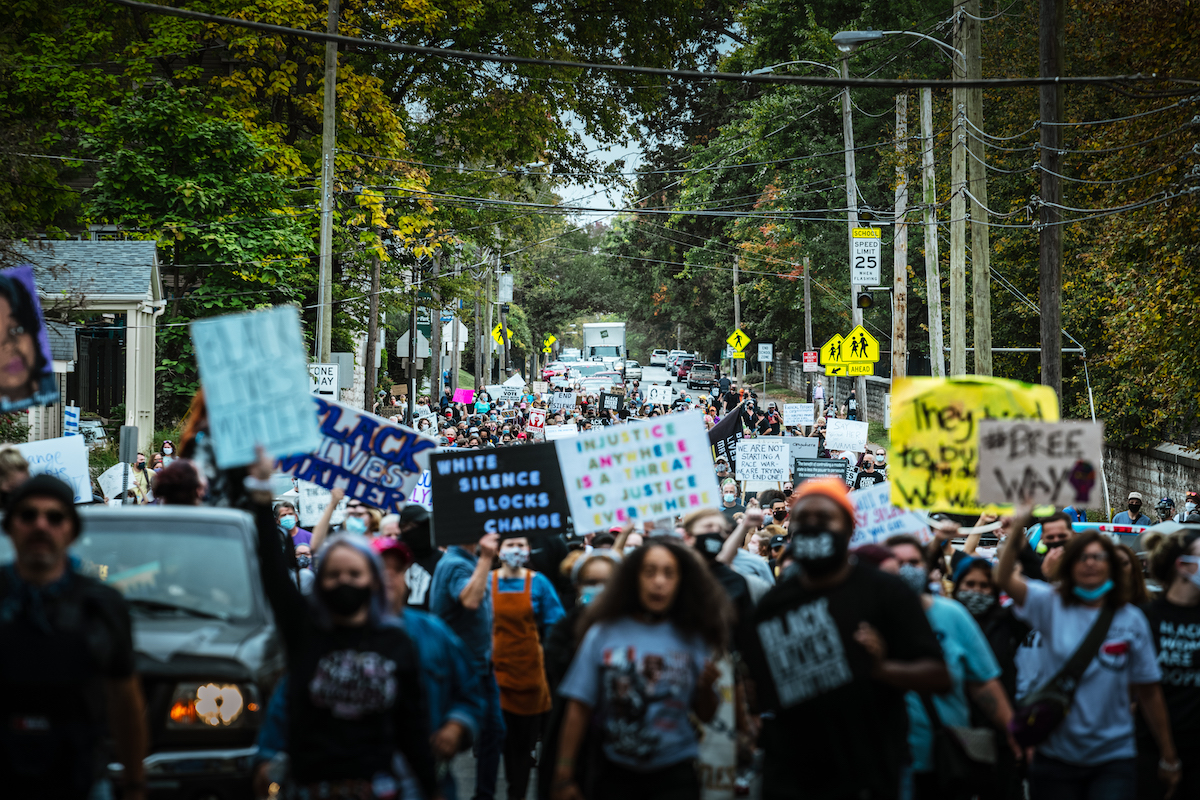 One day ahead of the anniversary of the night Breonna Taylor was shot by police officers in her home in Louisville, Kentucky, the state’s Republican senators have passed a bill that would make it a crime to hurt a cop’s feelings.

The bill was introduced by Sen. Danny Carroll and why yes, he is a retired police officer, how did you know? It seeks to increase penalties for “rioting” and also broadens the definition of disorderly contact (a Class B misdemeanor, punishable with up to 90 days in jail) to include a person who “accosts, insults, taunts, or challenges a law enforcement officer with offensive or derisive words, or by gestures or other physical contact, that would have a direct tendency to provoke a violent response from the perspective of a reasonable and prudent person.”

It is your legal right to say mean things to police officers. It’s legal to make “gestures” at police officers, as courts have ruled that raising your middle finger—even toward cops!—is protected under the First Amendment as freedom of speech.

Carroll told the Senate committee that the bill was a response to the “riots” seen in Louisville and around the world last summer. Those “riots” (meaning protests) that were a direct response to police murders of Black people and people of color, including the murder of Kentucky’s own Breonna Taylor.

According to Louisville’s Courier-Journal, Democrats are furious over the bill’s passage in the Senate.

“Sen. Gerald Neal, a Democrat who represents a majority-Black district in west Louisville, said he was insulted by Carroll’s bill, which he viewed as a direct attack on his constituents who protest for and demand racial justice,” the outlet writes.

Neal, who repeatedly said “how dare you” to his Republican colleagues during proceedings, “added he was ‘befuddled’ by the legislation, as laws are already on the books to deal with violent rioters, saying it could harm efforts toward the city to coming together and healing after the tumultuous months of protests kicked off by the fatal police shooting of Breonna Taylor.”

The bill will now be sent back to the House, where Democrats are outnumbered three to one.