Woman Fired for Flipping Off Trump’s Motorcade Is Suing, and There’s Precedent in Her Favor 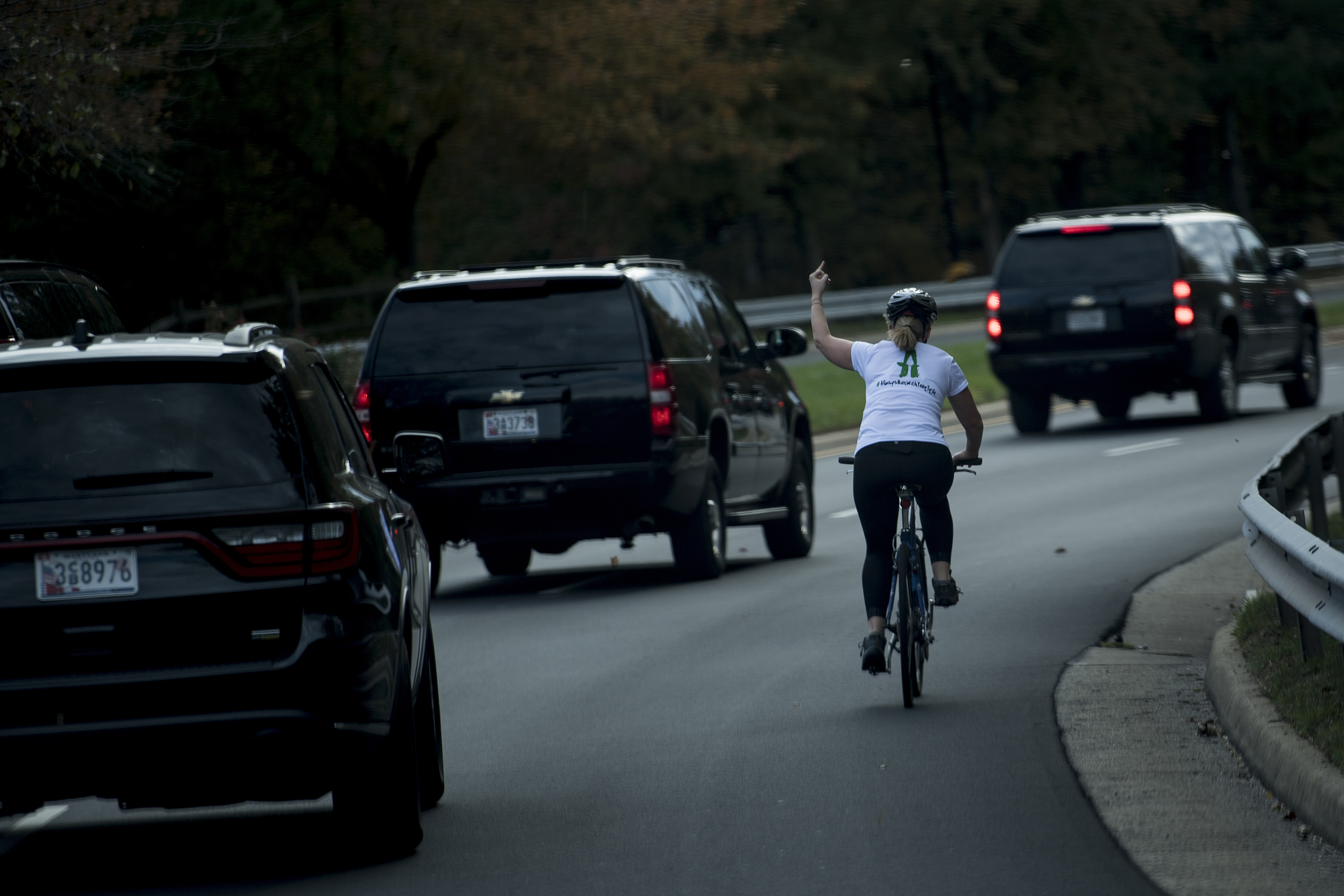 Last fall, a photo of a woman flipping off Trump’s motorcade while bicycling alongside it went viral, and the woman, Juli Briskman, was subsequently fired from her job at Akima LLC, a major D.C. holding company.

After the photo went viral, Briskman told her employer that she was the woman in the picture. She told CNN, “I thought that it would probably get back to my company eventually,” so she wanted to get ahead of it. She was told that she violated the company’s social media policy for using the photo as her profile picture on her Facebook account, even though her profile had no mention of her employment at Akima. Other employees–like one who called someone “a fucking Libtard asshole” during an argument about Black Lives matter protests–had seen leniency when posting political messages to Facebook.

Briskman didn’t get leniency. She was fired.

At the time, Briskman received a ton of support online, and there was even a fundraising campaign that brought in more than $100,000 to help her and her family. But now Briskman has filed a lawsuit against her former employers.

I was fired from my job for flipping off @realDonaldTrump. Today, I filed suit with @GellerLawyers & @protctdemocracy because what happened to me was unlawful and un-American.

Her attorney, Maria Simon, explains in a statement, “Juli’s expression of disapproval of the President is fundamental political speech protected by both the United States Constitution and Virginia state law.” She says, “Akima’s actions—forcing Juli to resign out of fear of unlawful retaliation by the government—violated the basic tenets of Virginia employment law. Ms. Briskman chose in her private time and in her capacity as a private citizen to express her disapproval of President Trump by extending her middle finger.”

It doesn’t matter whether we or Akima or anyone else agrees with the message behind the bird she flipped, or with the way she chose to convey that message. (Personally, I applaud both.) But there is precedent protecting the middle finger as freedom of speech.

Just this week, I was catching up on old episodes of the fantastic podcast, Criminal, which, in every episode, tackles a short true crime story from the angle, usually, of exploring the laws surrounding it. In episode #42, titled “The Finger,” host Phoebe Judge talks to a man who is committed to flipping off (nearly) every police officer he sees, as his own small yet satisfying form of dissent. On occasion, the officers respond with illegal action, like detaining or arresting him. It’s illegal because it’s been established that the middle finger counts as protected freedom of speech.

The group Protect Democracy has been linking to articles (thread here) from scholars offering support for Briskman’s case as an example of “autocratic capture,” in which private companies help silence dissent in order to curry the government’s favor.

.@julibriskman raised her middle finger at Trump and her employer, a government contractor, fired her for fear that her criticism of the current administration would lose them business. That is unlawful and un-American.

I encourage everyone to go out there and flip a bird today. For America.