Wilson and Kendrick Return for Pitch Perfect 2 | The Mary Sue

Anna Kendrick and Rebel Wilson To Return for Pitch Perfect 2 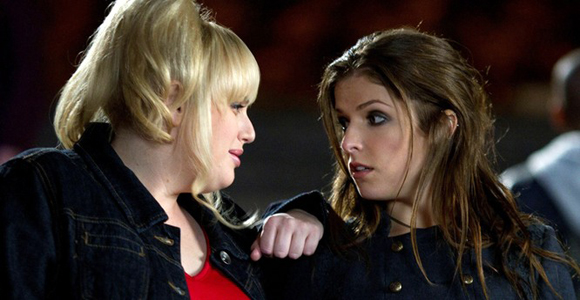 In news that has made my ever-loving year, it’s been officially confirmed that Anna Kendrick and Rebel Wilson will be in Pitch Perfect 2. You can start rejoicing now, aca-bitches.

For those who don’t know, Pitch Perfect is about competitive college a capella and is primarily focused on all-female group the Barden Bellas. The movie has had a sort of slow burn in building a fandom, as it did quite well in theaters but really exploded afterwards, with Anna Kendrick’s “Cups” sales only booming months after the movie’s release.  Now there are a lot of Pitch Perfect fans, though, and even fanfiction.  It’s not at all surprising that there would be a sequel in the works, but certainly there are always concerns that it’ll turn into a Bring It On situation where the sequels get increasingly worse and have nothing to do with the original characters or charm of the original movie. The involvement of Elizabeth Banks as director and now Kendrick and Wilson certainly helps assuage those concerns.

I’ve read a lot of comments throughout the internet (I should know better) asking why people love Pitch Perfect so much.  I don’t exactly have an answer, as it’s hard to put my finger on just why this movie hits me in all the right places. Certainly I come at it from a place of privilege in identifying with the poor little white girl who is trying to find her way and eventually finds her place with a wacky group of ladies. I love that each character feels cartoonish but also complex, like Lilly’s beatboxing and fire-setting being totally at odds with her seemingly meek persona. But most of all it feels like the ladies in the movie really care for each other and are not at all the stereotypes I grew up seeing in movies set in colleges.  I clearly have many feelings invested in Pitch Perfect so I don’t think it’s an understatement to say that I have already built up Pitch Perfect 2 way too much.

On a semi-related note, as awesome as Pitch Perfect is, don’t make your friends do things like this: