Things We Saw Today: Kelly Loeffler Is Congressman Murray From Parks and Recreation 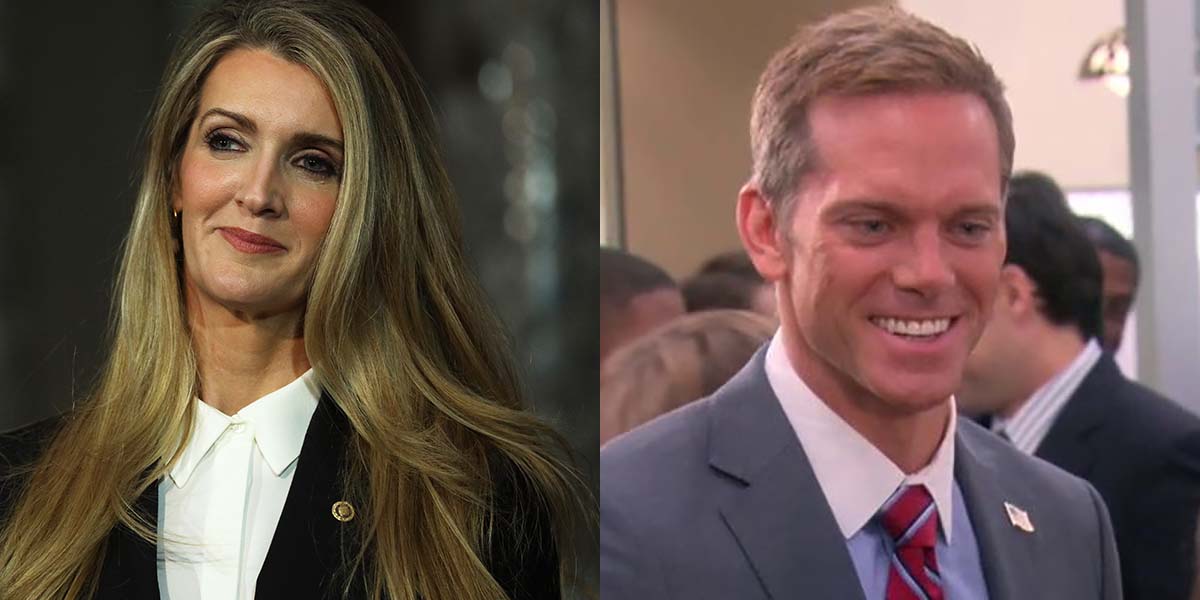 So I am convinced that Georgia Senator Kelly Loeffler is actually the robot Congressman from Parks and Recreation. Let me explain. On the show, Ben Wyatt goes to work for the election campaign for Congressman Murray in Washington D.C. and we finally meet Murray, he’s essentially a robot masquerading as a politician. That’s how I think about Kelly Loeffler. She’s a robot in a suit jacket, programmed with one facial expression and one talking point.

Watch this from the runoff debates and tell me she’s not reminding herself to blink to look human.

On Parks and Rec, Congressman Murray comes into the campaign headquarters, and Ben and April are shocked by how much of an automaton he is, to the point where he literally sits at a desk and stares at a wall instead of doing … anything else, and it just gives me the exact same vibe as Loeffler. Whenever I hear her voice, I just hear “I’m a robot, beep boop bong. I am an insider trading robot BEEEEEEEP” and that’s it.

Everything she says feels like someone wrote code for her to do it, and has anyone seen her near a body of water? Did she go put herself in some rice afterward? If news broke that Loeffler did, in fact, have to plug herself into a wall every night as her “bedtime” I wouldn’t be surprised. If it isn’t clear, I am not a Kelly Loeffler fan. Congressman Murray? At least he’s a funnish robot. I would probably hide all the rice if Loeffler got wet though.

Twitter also thinks she’s mechanically made (which makes me feel better about the robot vibes I’m getting).

Kelly Loeffler is an evil robot alien Stepford Wife who has no clue how 98% of her constituents live. Her husband owns the fucking New York Stock Exchange.

Kelly Loeffler is a robot, change my mind

Can someone get Parks and Recreation to come back so I can see them take on robot Kelly Loeffler? Please? Can 2020 give this to me?

P.S.: Here’s how you can help with Georgia’s Senate Runoff Election.

Anything we missed? Let us know what you saw today!