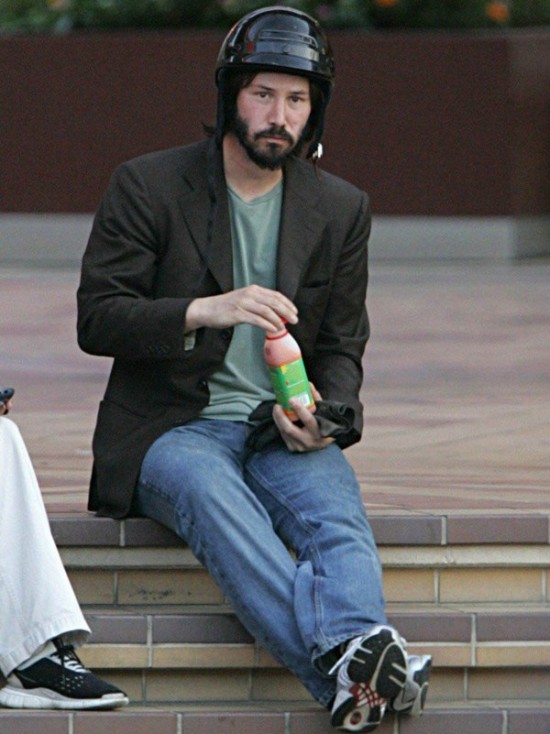 Just when you thought the Keanu Reeves craze sparked in early June by a paparazzi photo of the actor looking sad and eating a sandwich had calmed down, another photo of Keanu has blown up, threatening to take the Internet down with it.

In the 13 hours since this picture first appeared on Reddit with the submission heading “Oh shit, not again,” it’s inspired Photoshops galore, wardrobe dissections, and, of course, pun threads. Here’s what we know so far:

A quick TinEye search suggests that this photo was taken in 2005: The earliest reference we could find was in a Superficial post on November 11th of that year which seemed to indicate it was recent. Additional photos confirm that yes, he did swallow the red juice: 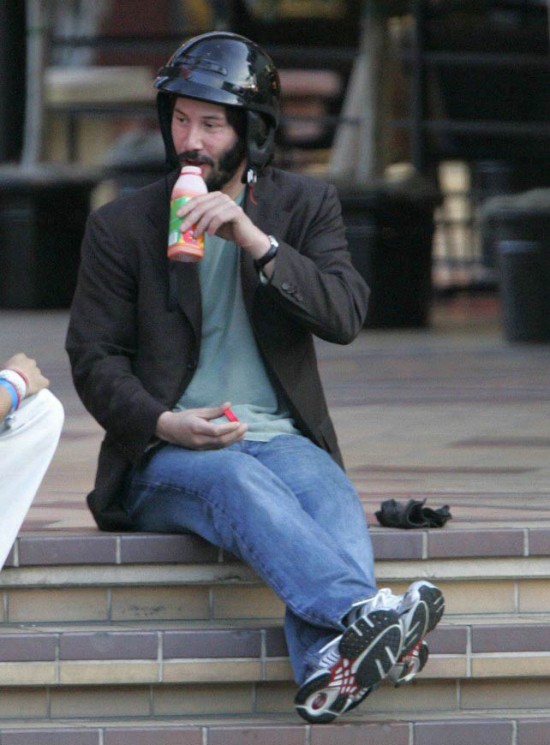 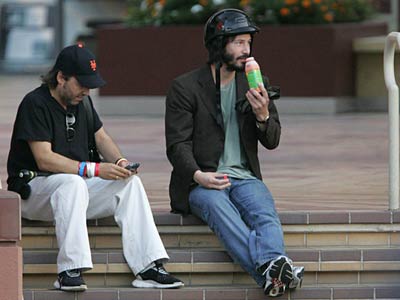 But it has inspired a good deal of creativity.

Again: See Reddit thread. Redditor Carlosed has taken upon himself the admirable, if foolhardy, task of collecting the best Shoops in one place. Here are links to his two very worthwhile Meetog compilations, from which we’ve pulled a few representative pics: 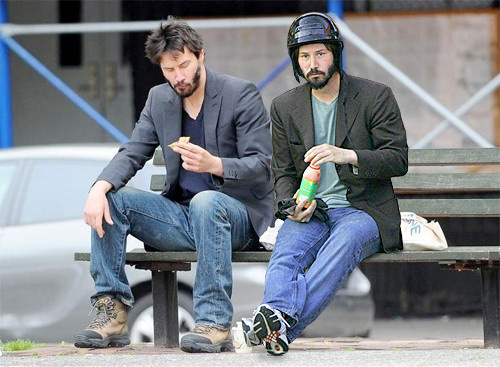 In January of this year, Keanu Reeves was photographed drinking a smoothie on the set of his most recent movie, Henry’s Crime, which is somehow a romantic comedy.

Type of smoothie in photo: undetermined.

We did our darnedest to figure this out, but no luck: The combination of green label, red lid, and reddish-orange smoothie doesn’t match anything from the current batch of Odwalla or Naked smoothies. (Bolthouse Farms bottles look too different.) If we had to guess, we’d say it was an Odwalla Superfood smoothie with different labeling, because 1) the sunshine that we see in the top photo, while not a part of current Odwalla packaging, reflects their broader motif, and 2) the fruit on the labeling of the second picture looks similar, though not perfectly so, to the central fruit in the current Superfood packaging. But while we might have initially ruled out Naked entirely because Naked smoothies currently have their fruit illustrations in the top half of the bottle, BevNET records that their smoothies circa 2004 (such as this one) had fruits in the bottom half. Or it could be another smoothie maker entirely.

Well, this has been all too much time and thought dedicated to silly ends. tl;dr there’s a new Keanu picture that’s actually old and he’s drinking an indeterminate type of smoothie. Leave your thoughts, conspiracy theories, and Photoshops in the comments below.