Kayleigh McEnany Tells Reporters If They Want Information They Should Come Work at the White House So What Exactly Is Her Job Again? 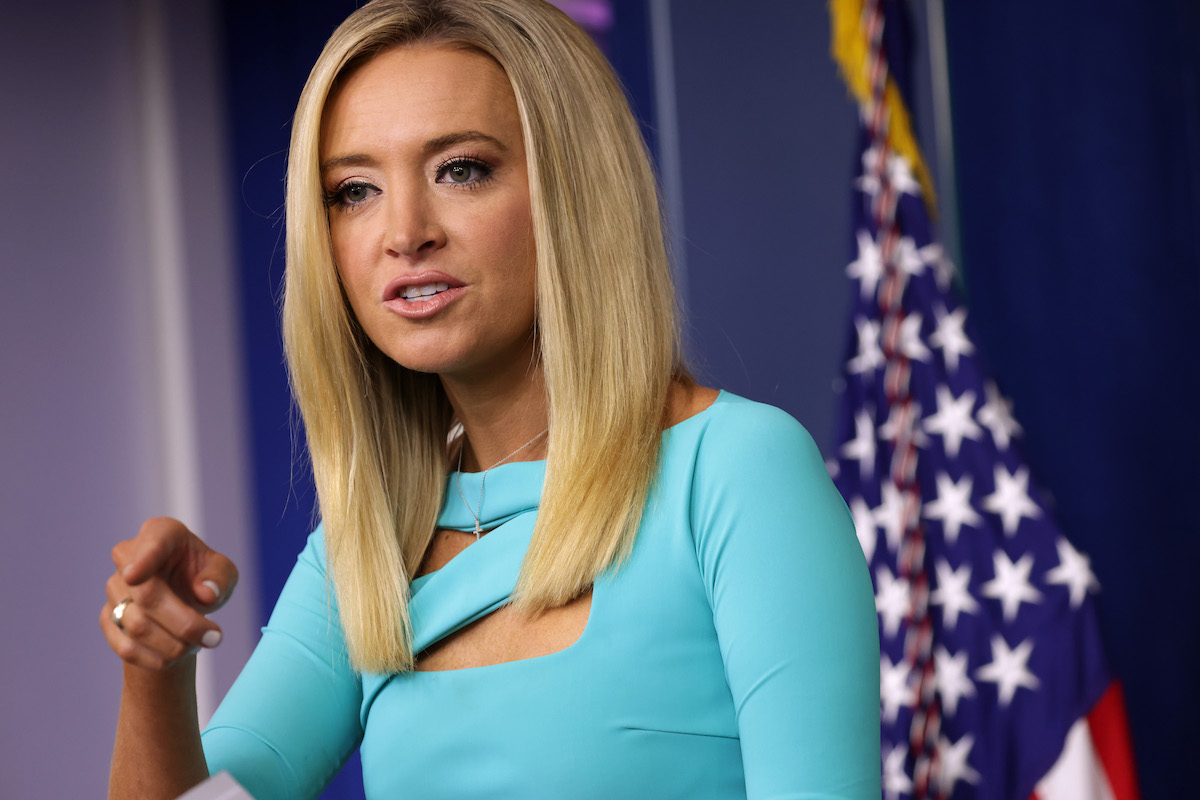 White House Press Secretary Kayleigh McEnany had a bit of a clean-up job to do following Donald Trump’s undecided voter town hall Tuesday night, and she did so with her usual indignance and performative disdain for reporters.

During that town hall, host Georg Stephanopolous pushed Trump to address some of his false claims about his proposed replacement of Obamacare, which he’s spent three and a half years trying to destroy. Trump keeps saying his plan is coming, while showing the American people absolutely nothing, but at the town hall, he said he had a new plan “all ready”–a phrase he repeated three times, so it has to be true, right?

So naturally, reporters wanted to know what was in this plan. And naturally, McEnany was like, how dare you ask such reasonable questions?

Press Sec. Kayleigh McEnany to reporter: “I’m not going to readout of what our healthcare plan looks like and who’s working on it. If you want to know, come work here at the White House.” pic.twitter.com/vpqri9K8JK

CNN’s Kaitlan Collins, a frequent asker of good, hard questions, asked about the chief of staff’s declaration Wednesday that a healthcare plan would be unveiled before the election, and how that lined up with the administration’s top medical experts denying that claim, saying they don’t know anything about that. “So who is it that’s working on the healthcare plan that’s going to be introduced before the election?” she asked.

McEnany responded by saying there’s a “wide array of people working it.” She said that they’re “saving healthcare while Democrats are trying to take healthcare away,” while then proceeding to read out some bullet points of the mystery plan that beat for beat sound exactly like the Affordable Care Act (aka Obamacare): “guaranteeing protections for people with pre-existing conditions, stopping surprise medical billing, and increasing transparency, defending the right to keep your doctor and your plan [because we all know how much people just love insurance plans, not like it’s something we accept because we have to with limited options decided by our employers], fighting lobbyists and special interests, finding cures to diseases.”

Okay, but back to Collins’s question: Which of the top health officials in this administration are actually working on this plan? McEnany seems personally insulted by the question.

“I’m not going to give you a readout of what our health care plan looks like and who’s working on it,” she said. “If you want to know, come work here at the White House.”

So if McEnany not only isn’t going to relay that information but suggest that the best way to get it is to join the team already pushing it, then remind me, what exactly is her job?

(via The Hill, image: Alex Wong/Getty Images)
Want more stories like this? Become a subscriber and support the site!