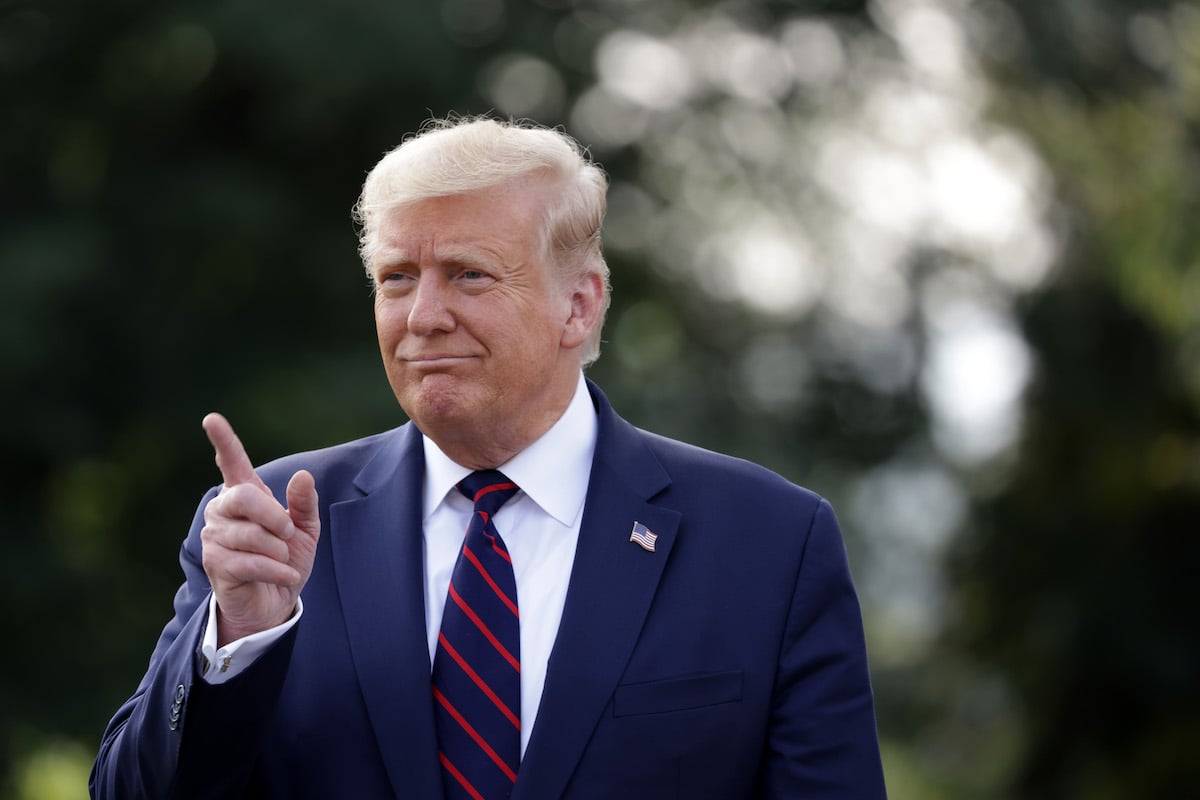 Donald Trump doesn’t like talking to people who disagree with him. It’s why he loves his campaign rallies, where he can babble off-prompter about whatever comes into his head, exaggerating and making up lies to brag about himself and attack his perceived enemies. It’s why he almost exclusively gives interviews to Fox News. And it’s why he takes very few questions from other outlets during his press briefings and why he spends that time attacking reporters for being “fake news.”

But Tuesday evening, Trump spent 90 minutes doing an ABC News town hall event with undecided voters. I’m not sure how a person could still be undecided at this point in time but at least these voters didn’t let Trump off easy. They challenged him on a number of different issues in a way we don’t get to see very often because unlike with the press, he doesn’t want to alienate people who say they might consider voting for him. So for the most part, he just had to take it.

Whoever in the White House agreed to have Trump do this town hall session live on ABC should probably start packing up their office.

Most of the questions were about Trump’s mishandling of the coronavirus pandemic and he was predictably defensive. When one woman asked him why he downplayed the threat of the virus, he denied that was true, saying he actually “up-played” the virus.

Not only did Trump admit to downplaying the virus–in his own words, on tape–to journalist Bob Woodward earlier this year, but anyone who has been watching his press briefings or reading his tweets (two things I really don’t recommend doing) could see that for themselves.

Another man who identified as “conservative, pro-life and diabetic” asked Trump “Why did you throw vulnerable people like me under the bus?” Trump, again, denied that he did. Later, though, Trump touted the idea of a “herd mentality,” though he appeared to mean “herd immunity,” which would likely involve throwing a few hundred million people under the bus. (For herd immunity to work, approximately 200 million Americans would have to contract the virus and recover, which would involve many more not recovering.)

When asked about racial injustice, Trump didn’t even try to address the question before launching into a speech about how hard things are for the police, how the police need to be respected, how there needs to be “retribution” for attacks on police, and how he wants to bring the National Guard into Portland to quell protests.

But the best moment of the night came from a woman named Ellesia Blaque, who refused to be interrupted by Trump.

Blaque told Trump she was born with an inflammatory disease called sarcoidosis which meant that “from the day I was born, I was considered uninsurable.”

“That disease started in my skin, moved to my eyes, into my optic nerves, and when I went to graduate school, into my brain,” she said, which, when it reached her brain, finally made her eligible for disability but still leaves her paying almost $7,000 per year for treatment, in addition to her co-payments.

“And should preexisting conditions, which ObamaCare brought to fruition be removed,” Blaque said, when Trump interrupted, apparently mistaking that for a question.

“Please stop and let me finish my question, sir,” Blaque told him. “Should that be removed, within a 36 to 72-hour period, without my medication, I will be dead. And I want to know what it is that you’re going to do assure that people like me who work hard, we do everything we’re supposed to do can stay insured.”

You can watch the exchange here:

She described her illness and how she’s manages her health with the ACA. She showed her emotional fortitude and intellectual superiority over Trump and even better, she wouldn’t let him interrupt her.#TrumpTownHall pic.twitter.com/uDBRoh9pMZ

Even better, host George Stephanopoulos also pushed back against Trump during his answer. Trump told a number of false statements throughout the night (at least 22 by CNN’s count, including blaming Joe Biden for our lack of a nation-wide mask mandate?), and he really let the lies flow in response to Blaque’s concerns. He said that “they” (meaning Democrats) want “socialized medicine,” which would not have protections for preexisting conditions, and that the healthcare plan he wants to introduce would.

Stephanopoulos interrupted to remind Trump that Biden ran against Medicare for all in the primaries and that he, Trump, has been fighting to repeal Obamacare, which would do away with pre-existing condition protections, and replace it with something that he has yet to provide any real details about.

This is must-see and must-share.@GStephanopoulos stops Donald Trump cold – right in the middle of his lies – and fact checks him in real time on everything from his bogus healthcare plan to his attempts to get rid of preexisting condition protections.pic.twitter.com/wrxoapFVNN

It’s pretty incredible to see Trump in a situation where he’s not allowed to shut anyone down or call them “nasty” or “fake news.” Of course, it doesn’t stop him from repeating his propagandist lies, but still, it’s nice to see people pushing back.

I don’t know how any undecided voters could leave this event and have been swayed in Trump’s favor. I’m sure those people exist, I just seriously don’t understand how that would work.