Kathy Bates Was Told to Downplay Her Cancer “Because of the Stigma in Hollywood,” As If Survival Isn’t Badass 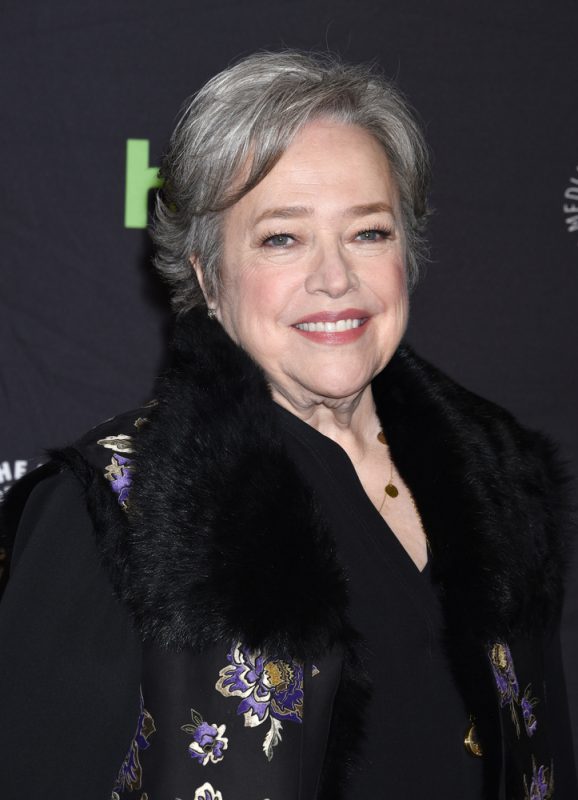 Kathy Bates was already one of the best and most consistently-working actresses in Hollywood in the 1990s. The fact that her pace and popularity has remained consistent across film and television through the present is a testament to her talent and to the way fans embrace her for it. So why, then, would those closest to her recommend that she not talk about her bouts with cancer to protect her career?

Back in 2003, Bates battled ovarian cancer. In 2012, she began feeling strange stomach pains and exhaustion. At first, she chalked it up to work stress, but after letting it go for months, her past cancer battle and her family’s history of cancer finally got her to the doctor. It was discovered that she had Stage II breast cancer, and she underwent a double mastectomy, which removed 19 lymph nodes. She currently only wears prosthetic breasts if she needs to for a role.

Oh yeah, that year she also landed American Horror Story and started rolling in Emmy nominations and wins. Because talented badass, that’s why.

In a recent interview with WebMD, Bates talks about how everyone from her manager to her own doctor recommended that she not talk about being a two-time cancer survivor “because of the stigma in Hollywood.” She mentions that her manager didn’t want her openly talking about her health issues and becoming “the poster child for ovarian cancer.” And then there’s her gynecologist with a connection to the entertainment industry. Bates says:

“Even my gynecologist, whose husband worked in the business, warned that I shouldn’t come out with it because of the stigma in Hollywood. So I was very careful. But then I saw Melissa Etheridge doing a concert and just wailing on her guitar with her bald head, and I thought, ‘Wow, I wanna be her!’”

Bates speaks really openly about the ins and outs of dealing with the disease in the full WebMD interview, and she’s since become a spokesperson for the Lymphatic Education & Research Network (LE&RN), because she didn’t build her kick-ass career playing it safe and doing everything everyone tells her to do. Bates is using her considerable platform to educate people on this particular form of cancer in addition to continuing to wow audiences with her considerable prowess as an actress.

I can’t think of anything more worthwhile than that.