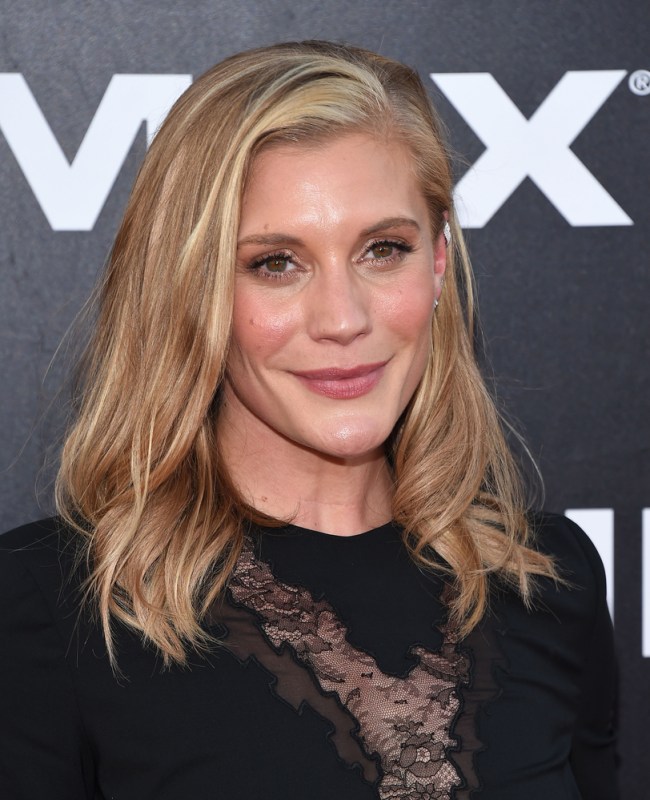 Yeah, I said it. The CW DC shows are now the ‘Flarrowgirlverse of Tomorrow.’* Because why should Arrow get all the glory?

With every season the DCTV shows on The CW get more and more intertwined, and particularly once Supergirl joined the family, Greg Berlanti and Co. started hitting the crossover events hard. From aliens to musicals, it’s now expected that every TV season will include at least one Flarrowgirlverse of Tomorrow crossover event. Season 5 of The Flash is no different, and some pretty awesome casting news has just been announced!

Katee Sackhoff, whom we all know from Battlestar Galactica and Riddick, will be making an appearance in the upcoming crossover event as the villain Amunet Black, a.k.a. Blacksmith. For those who are unfamiliar, io9 sums up the character thusly:

“In the comics, Blacksmith runs an underground black market in both Central City and Keystone City, dealing in contraband for other criminals. And, after separating from her husband and fellow supervillain Goldface, she stole his golden elixir, giving her the power to fuse a suit of metal onto her body and fuse organic and inorganic matter.”

The main crossover event itself hasn’t even been written yet, with ComicBook.com reporting that the crossover “brain trust” has only recently convened. However, there’s a mini-crossover coming that will get the ball rolling at the beginning of the fifth season. In episode 3 of the season, titled “Girls’ Night Out,” we will not only see Sackhoff making her debut as Blacksmith, but Emily Bett Rickards will be playing Arrow‘s Felicity Smoak on The Flash as well. No other Flarrowgirlverse of Tomorrow characters have been confirmed.

What do you hope to see in a crossover event? Let’s talk about the possibilities in the comments below!

*I’m well aware this won’t stick. I just wanted to see if I could get all the names in somehow.