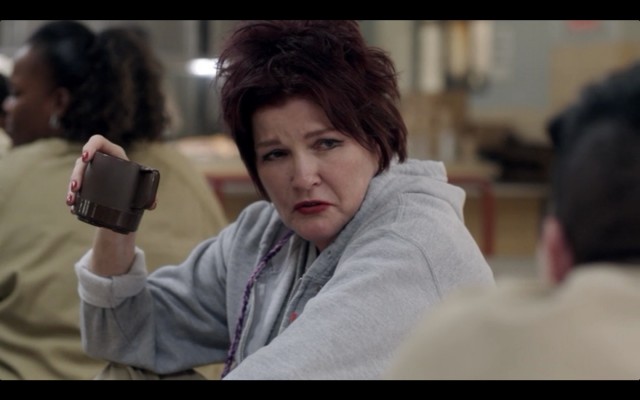 UPDATE [4/8/2014 4:46 EDT]: Kate Mulgrew has addressed her involvement with the film, saying that she was completely misled and doesn’t at all subscribe to its backwards geocentric views. Commence giant sighs of relief.

It’s a sad day for fans of Star Trek Voyager: Captain Kathryn Janeway herself is lending her voice to a “documentary” about how the Sun revolves around the Earth and how NASA is leading a conspiracy to keep the truth away from us. Oh, boy.

The film, entitled The Principle, purports to be challenging the notion that we as humans are “nothing special” in relation to the vastness of the Universe. The trailer also features theoretical physicist Michio Kaku as well as cosmologists Lawrence Krauss and Max Tegmark. We’re going to hope that they maybe didn’t know they were going to be in a movie that’s also about Geocentricism, because it’s not until the 1-minute mark that the movie’s principal, Robert Sungenis suggests, “You can go on some websites of NASA to see that they’ve started to take down stuff that might hint to a geocentric universe.” Uh, what?

You can watch the trailer here, though make sure you don’t have anything breakable within reaching distance, because it’s eventually going to make you want to smash things.

Despite how completely nonsensical Geocentricism actually is when held up to scientific standards (or, as Phil Plait put it four years ago, “just a little thought“) a reported 1 in 4 Americans still believe that the Sun rotates around the Earth for some reason. Sungenis, who runs the blog Galileo Was Wrong, happens to be one of those people. So that’s delightful.

To be fair to Kate Mulgrew, she’s not a scientist, and as an actor she’s not required to make sure that her paychecks are coming from factually accurate sources. But you’d hope that she’d be a little more discerning as a former member of the Starfleet Federation. After all, Star Trek did and continues to do so much for the advancement of science and space exploration, and getting involved with a movie that outright denies one of the most fundamental facts about our solar system is upsetting, to say the least.

Of course, there are other reasons for Mulgrew not to get involved with the makers of this film regardless of their lack of scientific integrity. Sungenis also happens to be a Holocaust  denier who believes in the “New World Order” and who writes articles about how Jewish people have aligned themselves with Satan. In fact, he’s such a notorious anti-semite that even his own local bishop, Kevin Rhoades of the Roman Catholic Diocese of Harrisburg, has gone on record distancing himself from the guy and his “Catholic” organization. Seriously, do you know how much of an ass you have to be to get a bishop to notice you? Rhoades’ diocese covers 15 different counties in Central Pennsylvania, for Christ’s sake. If the guy in charge of that many Catholics is telling you to “stop writing about Jews,” then you have probably said some ridiculously terrible things about Jews.

Here’s to hoping that Kate Mulgrew doesn’t end up being the Jodi Foster to Sungenis’ Mel Gibson, we guess. Even if that does turn out to be the case, at least we’ll always have Captain Janeway.

(via Raw Story, image via Orange Is The New Black)