Good News, Everyone! The Sun Won’t Actually Die As Soon As We Thought

The bad news is that death, however slow its approach, continues to be inescapable. 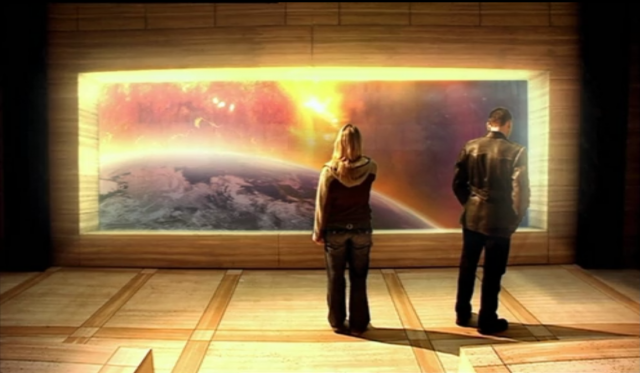 We know you were all worried about the possibility of our  sun becoming too hot and eventually drying up all the Earth’s oceans with its fiery wrath. Well, it’s okay! You can all relax now. It’s probably going to happen a few billion years later than we thought it would, so we have plenty of time to destroy the planet ourselves first.

First let’s run down how inevitable doom will befall our planet in this scenario: the Sun is experiencing something we call “solar brightening,” meaning that it is getting brighter and hotter at a slow, steady rate. This vaporates water and traps additional heat on the Earth’s surface, eventually vaporizing all of the water on our planet completely. It’s sort of like the greenhouse gas effect, but about a spillion times worse and completely inescapable. However, it’s also happening very, veeeeery slowly, so you and everyone you know, have ever known, or will ever come to know, will all have been dead for millennia before then.

How many millennia, though? That’s up for debate. Eric Wolf and Owen Brian Toon (please star in a buddy cop sitcom called “Wolf and Toon,” guys), two doctoral students at the University of Colorado, Boulder, recently took issue with a study of how the Earth would respond to increasing solar radiation. The original study, which was done by Ravi Kopparapu of Penn State, theorized that at the current rate of solar brightening, the Earth has only 600 to 700 million years to support life. However, Wolf and Toon (come on you know you like the sound of that) felt that this study failed to take into account the effect of altitude changes and clouds, and falsely assumed that climate factors are the same everywhere on Earth.

So, like any good scientists, Wolf and Toon (the theme song could be the piano riff from “Werewolves of London!” It would be great) constructed their own model that factored in clouds, regional differences in moisture, and a higher amount of atmospheric CO2 in the air. According to this new model, as reported in Geophysical Research Letters, Earth actually has something more like 1.5 billion years left to possibly sustain life.

Of course, we all know that the Earth won’t actually get swallowed up by the Sun until the year 5.5/apple/26, 5 billion years from now, because of that nostalgia-ridden New New Earth-based historical trust. You know, the one from Doctor Who? That’s where we get all our future-based scientific knowledge from. Duh.

(via Science Magazine, images via NASA/SDO and BBC)