Kate and @paulfeig at the Athena Awards today!! She looks so good ✨✨ pic.twitter.com/BbGPtioZhO

Last weekend, Paul Feig received the first inaugural “Athena Leading Man” award at the Athena Film Festival. Presenting the award was Ghostbuster Kate McKinnon, who, after taking some shots at her old Barnard security guard, spoke about Feig’s work and the importance of Ghostbusters:

Nothing normalizes the new quite like seeing it on the screen…often the media slugs behind social progress only catching up when it’s “fiscally safe” to do so, but sometimes artists will claw tooth and nail to present a progressive vision–which then inspires reality to follow suit. Paul Feig is one of those revolutionary artists.

McKinnon also discussed the Ghostbuster jumpsuit and how getting to wear an “ugly jumpsuit” and play a scientist is a big deal, not only for her but for those who will see her on-screen.

We filmed it in Boston over the summer and the best part of the summer was getting to wear a jumpsuit. I wore pants the whole time and my hair was up the whole time in this insane thing the whole time… It sounds like a small thing that I got to wear pants and have my hair up, but it’s actually a really big thing because we were playing scientists. Women playing scientists wearing jumpsuits, kind of ugly jumpsuits. And they made dolls of this! That has never happened! 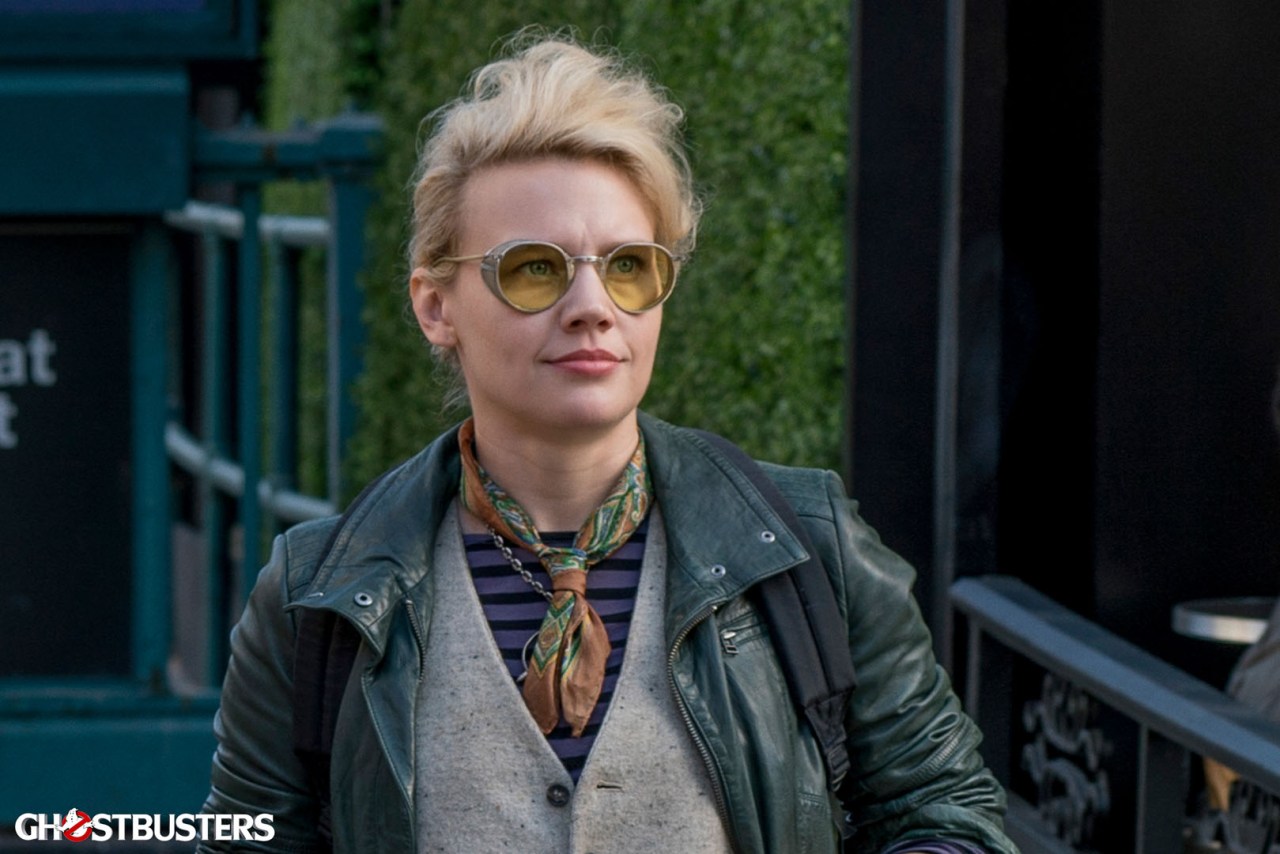 McKinnon talked about how the pictures she’d see of girls wearing a jumpsuit and proton pack, saying that while “it’s sweet and it’s cute…it’s also quite new and huge.” McKinnon noted that “I can tell you with scientific certainty that those jumpsuits will be the only girls’ Halloween costumes available this October that includes pants.” McKinnon started tearing up around the end of her introduction, before introducing Feig as “a man I’m proud to call my friend to his face and my new daddy.”

Paul has let women be tough cops, CIA operatives, and lovable drunken flailing losers… but his most revolutionary act has not been just in casting women as scientists and badasses. We’ve seen that before-ish. No, his true subversion lies in creating female protagonists who are striving for the universal goals of friendship, connectedness, justice, and personal growth. These golden fleeces have always been the sole province of male protagonists. They don’t call it an everyman for nothing, and by building stories around female protagonists who are striving not for romance but simply to become their best selves, he has permanently changed the game for us all.

If you want to watch the full conversation, Athena Film Festival livestreamed it here, where you can see more of McKinnon hitting on Feig, Feig calling the majority of female representation “a little boy’s image of what a woman is,” and his efforts to bring more women in front of and behind the camera.