You've got my attention. 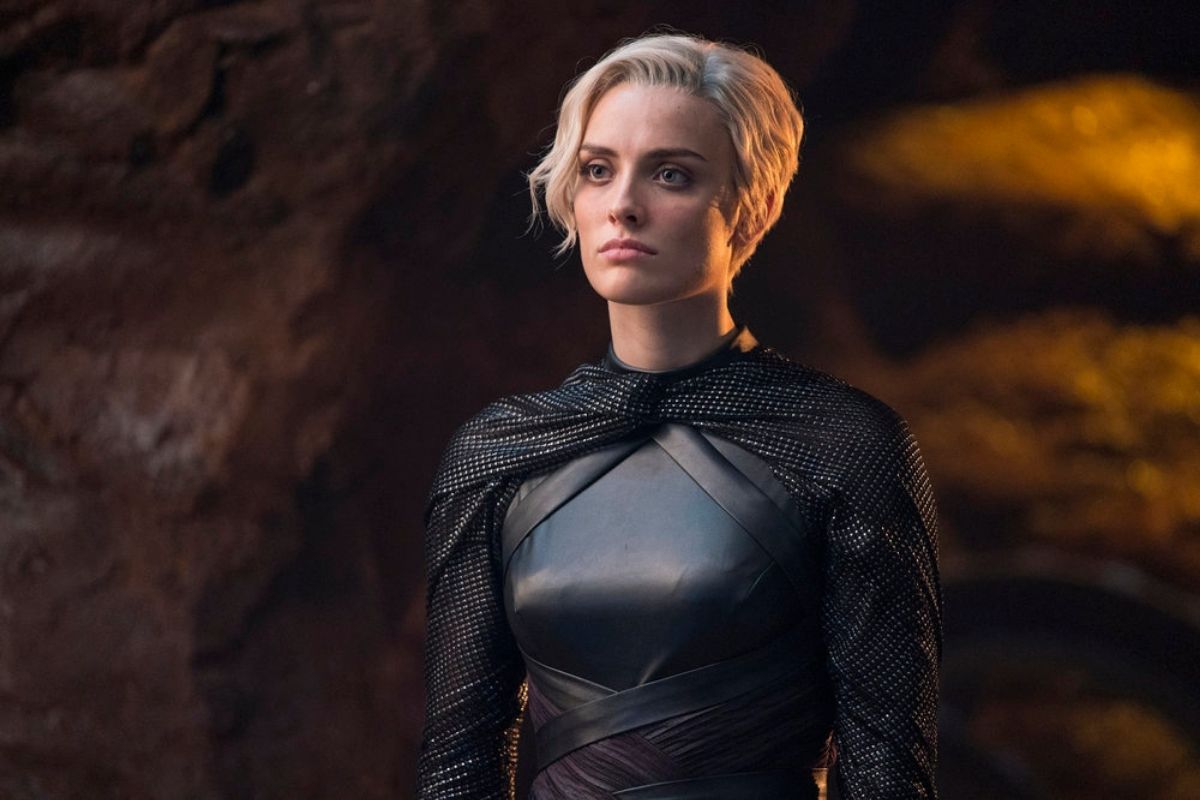 Wallis Day has finally made her premiere as Kate Kane on The CW’s Batwoman, and I am here for the changes that her character is going to make. Right now, she believes that she’s Circe Sionis, the daughter of False Face Society leader Roman, a.k.a. Black Mask. That means that she’s not here to save the day, Gotham, or her sister. She’s here to serve as her father’s right hand and twist Gotham around to be in his control.

But you and I both know that isn’t going to last, and it’s not the real reason why Kate was reintroduced to Batwoman with Wallis Day in the role. Right now, Circe and Black Mask have Alice in their clutches, and Black Mask and Enigma are so damn sure of themselves and their power to alter memories that they don’t think that the bond between Alice and Kate is strong enough to bring Kate back.

The joke’s on them because that bond between Alice and Kate was monumental in season one of Batwoman. It’s what kept me watching, kept Alice causing trouble, and what kept Kate moving to try to stop her. Do they really think that can be erased in the same manner that Ocean was from Alice? They’re wrong. Kate and Alice (Beth) are twins and have a bond stronger than anyone will ever understand.

That’s not to say that things will be easy. Kate’s mind has been shattered, and she does not remember the hero that she was before, those she loved, and what she stood for as Batwoman. But who better to understand than Alice, someone who has also been torn apart by others for their own purpose and need? That’s why I think Wallis Day’s Kate Kane is going to revolutionize the relationship between these two sisters.

This time around, it’s going to be Alice who is going to be reaching out to Kate. She’s going to be the one putting in the hard work, the time, and the patience to get her sister back. And personally, I think we’re past the point where Alice wants Kate back just so she can have a hero to play off of. Getting her memories back has changed Alice and I believe that she will want Kate back because she wants her sister back.

Basically, it’s all going to be grounded in love when it comes to Alice and Kate.

The same could be said for the relationship between Kate and her father. He’s been lost, spiraling on Snake Bite because he wants to fix his biggest mistake in not finding Beth all those years ago. And he’s doing this so he doesn’t have to focus on the fact that he’s lost another daughter due to something he couldn’t possibly control. Kate’s return will change that.

I can already see it now. There will come a moment where Alice will approach her father, not as a villain but as Beth, his daughter. She will tell her father what’s been going on and how Kate survived. And the only way they’re going to get her back and stop her from believing she’s Circe, a.k.a. that super creeper with a truly terrifying mask, is by working together as a family.

Personally, I never thought that we would get to this point in the show, one where Kate would return as a bigger bad than Alice. But here we are with a new adventure on our hands for Kate Kane, our season-one hero and season two’s calculated villain. But if it means I get more complicated and nuanced storylines on Batwoman then I am here for it.

On a side note, because my pessimistic side kept poking at me while writing this, I don’t think there’s a chance that Alice will want to team up with Kate to be villains together. There’s an itty bitty chance that Alice might contemplate it, but I think that she’s a changed person now who just wants her sister back, even if she doesn’t agree with her superhero ways all the time.

Then, there’s the whole Bat Team of it all. Ryan has taken up the mantle of Batwoman and has started to cement it as her own. There will come a moment where Kate, with her returned memories, will have to face the fact that her legacy as Batwoman has continued in the form of Ryan. And there’s no way she’s going to take that away from her. If anything, it’s time for something new.

Meanwhile, Mary and Luke have moved forward through their grief and have accepted Ryan as the new Batwoman. And the return of Kate is definitely going to bring up feelings of “Maybe I should’ve done more” and “How could I think Kate was dead so fast?” Basically, it’s going to stir up feelings in both of them that will lead to new dynamics across the board.

It’s also going to stir up feelings for Sophie. She only let herself accept Kate’s love, and the fact that she still loved her in return, when Kate “died.” Kate’s return is going to change her life all over again. And Sophie isn’t going to waste a chance to get to know Kate all over again and miss out on an opportunity to work on the love that I firmly believe is still between them.

All together, Wallis Day’s premiere as Kate Kane on Batwoman is a good thing. Her role as Circe is going to change things for Alice, Kate and Alice’s father Jacob, Ryan, the Bat Team, and Sophie. And by the time this show gets around to restoring Kate’s memories, I predict we’ll see some team-ups you never would’ve expected in season one but that you’re more than ready for in season two.