Karen Gillan Joins Cast of Jumanji, Sure to Be a Fun Roll | The Mary Sue

Karen Gillan Joins Cast of Jumanji, Sure to Be a Fun Roll

So, I guess... in cautious hopefulness we must wait until someone rolls a six or eight. 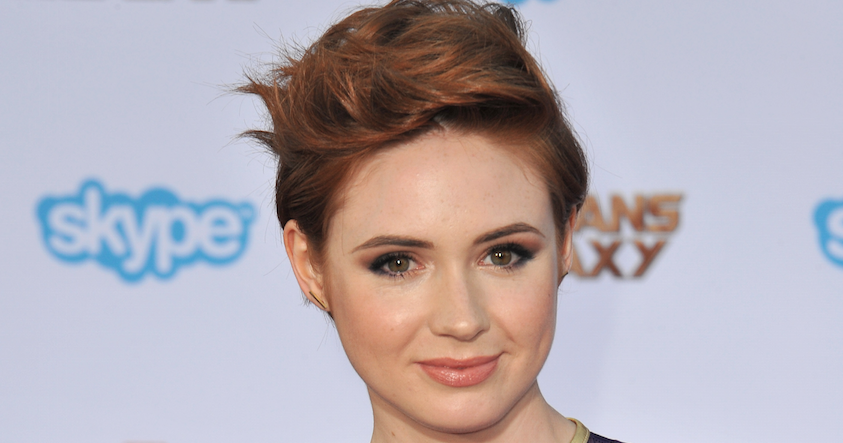 We’ve got some exciting news to share about the currently-in-development Dwayne Johnson-led Jumanji movie: apparently Karen Gillan has signed on for a major role in the film, which begins filming next month in Honolulu. She’s joining a cast that includes Johnson, Kevin Hart, Jack Black, and Nick Jonas. Plot details for the film remain fairly thin, but it’s known that Gillan will be playing a character named Martha, which doesn’t appear to be a name used or found in the original movie—that is, at least, according to IMDb.

Gillan’s casting seems perfect for this movie, as she’s no stranger to hopping around worlds. She did, after all, play Amy, the Doctor’s companion through more than a few seasons of Doctor Who. She’s also returning as Nebula for Guardians of the Galaxy Vol. 2, and has also secured a role in the upcoming movie, The Circle, based on the Dave Eggers novel of the same name. In short: Gillan’s a busy woman, and it’ll be exciting to see what she can bring to the table, especially in a story that’s so firmly tied to an iconic name.

In the past, fans have voiced concerns about the movie, as back when it was first announced, many considered it to be “too soon” after Robin Williams’ passing back in 2014. You’ll remember that Williams starred in the original movie back in 1995, playing Alan Parrish, a man who escapes from the world of the game after being trapped within it for some 26 years. He’s made the role iconic, and it’s been cemented with some internet fame as the “What Year Is It” meme. Johnson has promised, though, that this movie will not be a reboot.

Fully aware of Williams’ influence on the movie, Johnson has also said that the movie will honor Robin Williams’ memory. Said Johnson:

An important thing that I want to be honest and bring up is Robin Williams. The love and respect I have for this man is boundless. You have my word, we will honor his name and the character of “Alan Parrish” will stand alone and be forever immortalized in the world of JUMANJI in an earnest and cool way.

What say you, team? Are you stoked about this upcoming movie, or nah?

(via Deadline, image via Shutterstock/Jaguar PS)