Which means someone must have eventually picked up where Alan Parrish left off. 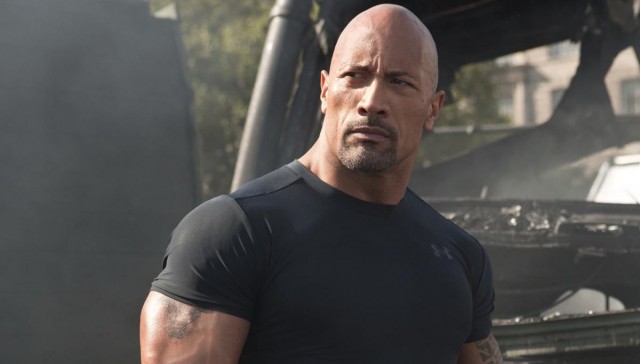 2016 is shaping up to be the year of nostalgia-fueled reboots. Whether they’re just being announced or already released, the overall theme seems to be about taking us back to classic films and television series we fondly remember and enjoy.

Now, some of these revival attempts have been more successful than others (when it comes to Ghostbusters, for example, your mileage may vary), but one movie that could be described as long overdue for a revisiting is 1995’s Jumanji. Right now, the film is currently slated to star The Rock himself Dwayne Johnson (who is also doing double duty as producer), along with the potential likes of Kevin Hart, Jack Black and Nick Jonas. (No word on any casting of kid actors yet.)

Sadly, we won’t have the opportunity to see Robin Williams returning for the new Jumanji film after his passing two years ago, but Johnson has already assured fans that they’ll be paying tribute to Williams’ legacy and his very memorable role as Alan Parrish.

What’s more: apparently, the film isn’t going to be a remake at all–but rather, a sequel. Johnson confirmed the news in an Instagram post yesterday:

Finished strong and on to the next. That's an officially wrap on #FastAndFurious8. Thank you to our director @fgarygray for the vision and execution. Thank you UNIVERSAL for being tremendous partners as always, thank you to all my fellow co-stars for the daily effort and grind. Scott Eastwood you handsome sumbitch! Natalie Emmanuel I have a cold Budweiser ready for you and Tyrese Gibson you still have the biggest smile and forehead I've ever seen.😂 And a huge THANK YOU to our hard working production crew – the backbone of our business. Your kind words meant a lot to me last night – thank you! In the end, we all rallied, as great teams do, kicked ass and will deliver an amazing movie to the world. Proud of our entire FAST FAMILY. And now in two weeks I'll reunite with ol' friends Kevin Hart & Jack Black and we have the honor to introduce a whole new generation to the amazing world of #JUMANJI. *(for the record we are NOT making a reboot, but rather a continuation of the awesome JUMANJI story). It's also crazy to me how much me, Kev and Jack look like triplets when we're together. 👶🏽👶🏻👶🏿. Man this is gonna be FUN. #WheelsUp #ThatsAWrap #FromFastAndFurious #StraightIntoJumanji #BigBrownBaldTattooedMan #DarkChocolateComedicRockStar #BrillaintCrazyCurvyCaucasion #TheseHashtagsAreRidiculous #INeedSleepAndCARBS #ButIWillSettleForTequila

Johnson’s Instagram post also confirms the official casting of Hart and Black alongside him in the movie too, though they’d been previously only announced as merely in talks to take on roles. Jumanji won’t be the first classic property that The Rock is starring in; he’s also the lead in the new Baywatch film (which will be a reboot). His role will be the one previously inhabited by David Hasselhoff.