No Disrespect to Ben Affleck: The Best of Twitter’s Newest Kanye-Inspired Hashtag

To be fair, I think Ben's still reeling from the Batman reveal. 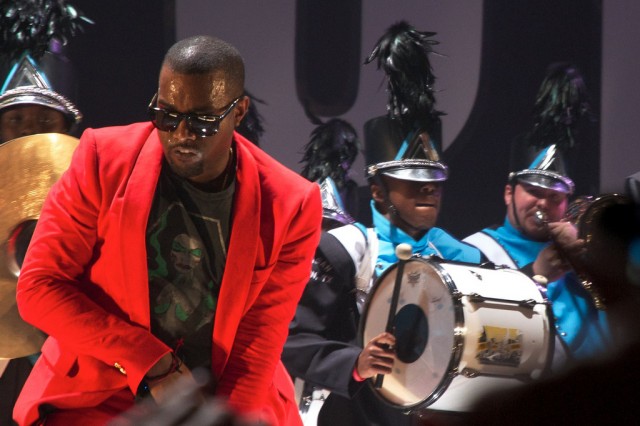 No doubt you’ve heard about Kanye West’s recent explosion of angry tweets, in which he called Jimmy Kimmel out for parodying his recent BBC1 radio interview. While doing so, he created a hashtag that will live on through the ages. Or however long hashtags are supposed to last. Whichever.

Part of the rant involved this gem of a tweet:

SHOULD I DO A SPOOF ABOUT YOUR FACE OR YOU FUCKING BEN AFFLECK…#NODISRESPECTTOBENAFFLECK #ALLDISRESPECTTOJIMMYKIMMEL!!!!

God, what a thing of beauty that is. Just a perfect Twitter hashtag all around. And so many other people provided their tacit agreement by jumping in on the fun:

No disrespect to Ben Affleck, but 65% of Canadians think he didn’t credit Canada enough in Argo — Stats Canada (@stats_canada) September 27, 2013

Matt Damon kinda got the way better deal at the end of Good Will Hunting, huh? #NODISRESPECTTOBENAFFLECK — VaynerMedia (@VaynerMedia) September 27, 2013

Ya know, I’m not really looking forward to another Batman movie. #NODISRESPECTTOBENAFFLECK

I am sad, insecure and terrified of spiders and failure. #NODISRESPECTTOBENAFFLECK

While we’re talking about Kanye’s rant, by the way, you should see the two memes he created to mock Kimmel further.

Just close your eyes and picture Kanye West angrily clicking buttons on Meme Generator in the middle of the night. It’s a wonderful thought, isn’t it? Just warms our cold, dead hearts right up.