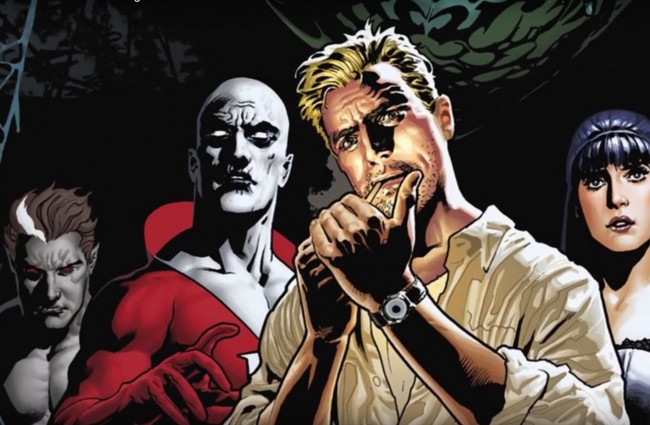 OK, so we were not thrilled by The Killing Joke for many, many reasons. However, the one good thing about it is one of its special features: a preview of their next animated film, Justice League Dark, which focuses on the supernatural side of the DC Animated Universe.

The above eight-minute featurette gives us a peek at Justice League Dark. This is the Justice League that handles all the creepy, supernatural things that the main Justice League can’t, which means that the story can go to places that are much, well, darker than ordinary. One of the best things about it is that perennial live-action John Constantine, Matt Ryan, will be providing the voice for our favorite occult detective. Joining him are Jason O’Mara as Batman, Camilla Ludington as Zatanna, Nicholas Turturro as Deadman and Ray Chase as Jason Blood/Etrigan. Swamp Thing and Black Orchid will also be filling out the ranks, but there’s no word yet on who will be playing them.

Some main Justice League members — Batman, obviously, along with Superman and Green Lantern John Stewart — will be making an appearance, but the story will firmly be about Constantine, Zatanna, Deadman, Etrigan, Swamp Thing, Black Orchid, and their battles against other realms. Personally, I’m hoping they manage to work in Madame Xanadu, a character I came to adore during the run of her Vertigo title by Matt Wagner and Amy Reeder.

(via Blastr, image via screencap)