Jurassic World is Being Envisioned as a Trilogy | The Mary Sue

Jurassic World is Being Envisioned as a Trilogy

So does that mean we'll get three movies of Chris Pratt and his velociraptor pals? 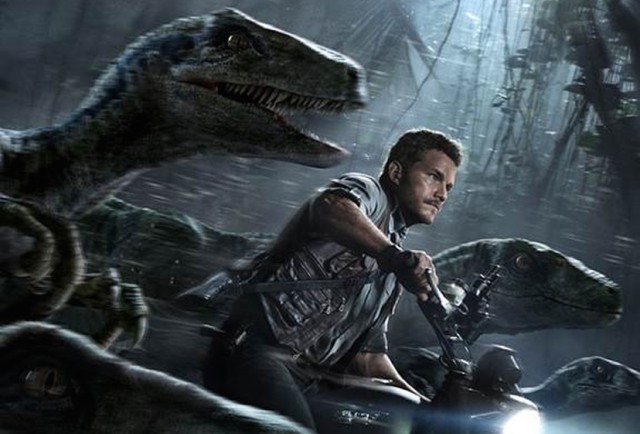 It’s been a year since Jurassic World gave us Chris Pratt taming velociraptors, Bryce Dallas Howard traipsing through a jungle park in high heels, Jimmy Buffett as a tourist desperate to save his margaritas and the epic return of the original Tyrannosaurus rex from the first Jurassic Park film–and shortly after the movie’s premiere, a sequel was confirmed for a 2018 release, and the working title has been announced as Jurassic World: Ancient Futures.

However, if you thought that Jurassic World director Colin Trevorrow only had intentions for a sequel in the series: think again. Trevorrow won’t be stepping behind the camera for the Jurassic World sequel–that role has been given to The Orphanage director Juan Antonio Bayona. While Ancient Futures is going to begin shooting in Hawaii in February 2017, ideas for a potential third installment are already being kicked around by Trevorrow and Steven Spielberg.

In an interview with LRM, Bayona confirmed that a trilogy is in the works:

It’s very interesting. The whole Jurassic World is a trilogy that Colin Trevorrow has envisioned. We’re writing the second chapter, and it’s very interesting where he’s leading the story. I grew up watching Steven Spielberg movies and I love those movies and the legacy, so it’s a question of being truthful to the legacy and at the same time, bringing new stuff that people will appreciate. We are still six months ahead of shooting, and so far, so good. It’s very exciting right now.

Thus far, Chris Pratt and Bryce Dallas Howard are only confirmed to reprise their roles for Ancient Futures, but late last year Trevorrow said that part of the Jurassic World trilogy arc would involve a significant story arc for both the characters of Owen and Claire–which would certainly suggest that they’re going to play a role in all three movies.