There will be no sequel-taming. It's impossible. It's a relationship based on $$$$$$$. 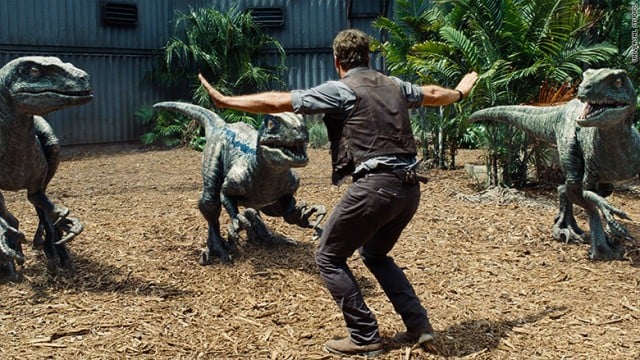 The third highest grossing movie of all time is getting a sequel! I’ll give you all time to get over your shock.

Now that Jurassic World sits only behind Avatar and Titanic in worldwide box office numbers, its sequel—er, I mean Jurassic Park‘s fourth sequel, actually, right?—will officially stomp into theaters on June 22, 2018. The universal appeal of giant lizard-monsters is undeniable.

And their appeal to two specific humans is also apparent, as both Chris Pratt and Bryce Dallas Howard will reprise their roles in Jurassic Universe. (Just guessing on the title. Title escalation is real, folks.) The second installment will be written by Jurassic World co-writer/director Colin Trevorrow along with Derek Connolly, who also worked on the first one’s script.

So what’s it going to be about, gang? What’s your dream sequel? Just ~120 minutes of Bryce Dallas Howard and Chris Pratt riding dinosaurs? Come on. You know you’d go see that.