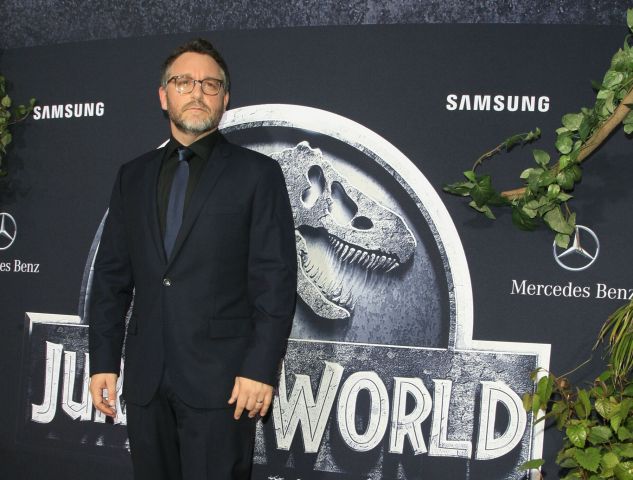 We all have differing opinions on Colin Trevorrow’s take on the Jurassic Park series and the treatment of Claire, the female lead of Jurassic World. But Trevorrow’s recent comments about women in film probably won’t convince those who weren’t impressed by Jurassic World’s sexism in survival situations that he can make a female-positive Star Wars film.

Over the weekend, Trevorrow entered into the following exchange on Twitter, which ended up blowing up and fast.

Naturally, the part about “many of the top female directors” not being “interested” in making a big studio blockbuster set many people off. Some might argue that he was trying to say that many women make more compelling work and shouldn’t have to do fluff stuff, but it comes across like he thinks that women can’t be interested in superheroes, spaceships or dinos, a fact we all know is completely, utterly untrue. So it’s no surprise that everyone from actress Jaime King (see her tweet to Trevorrow below) to Angie Han, a writer at SlashFilm responded negatively to his comments.

As the next director of @starwars & the rad Jurassic World @colintrevorrow– it's unfortunate that you believe this. https://t.co/UGSh82D3Y2

You really ought to read Han’s full piece on the issue, and not just because it features a response to this whole controversy from Trevorrow himself (more on that in a hot second!). Her analysis of the whole thing is spot-on. While she admits that, yes, there might be certain well-known female filmmakers (here’s looking at you, Ava DuVernay!) who might turn down a big-budget film, the simple fact of the matter is, many of these filmmakers aren’t even getting offered the chance Trevorrow, once an indie filmmaker, had in the first place. We’re not seeing any independent female filmmakers like, say, a Jennifer Kent (The Babadook) getting offered a chance to take a crack at a major franchise. Or at the very least we’re not hearing about them getting offered that chance.

Is it theoretically possible that the studios have approached some of these women, only to be shot down? Sure. But the fact that their names never crop up in the rumors or shortlists that circulate before any big announcement is telling.

The fact that some of Trevorrow’s female peers are not being afforded the same opportunities as him is a real problem that needs to be addressed. And it’s a problem that Trevorrow really could have addressed in his response to the original Twitter post, in addition to, possibly, his input on solutions. But he didn’t address either thing. And here we are, with him feeling compelled to clarify his comments further in the following e-mail to SlashFilm:

The last thing I’d want to communicate is that I don’t acknowledge this problem exists. I think the problem is glaring and obvious. And while it does make me a little uncomfortable to be held up as an example of everything that’s wrong, this is an important dialogue to have, so let’s have it.

Would I have been chosen to direct Jurassic World if I was a female filmmaker who had made one small film? I have no idea. I’d like to think that choice was based on the kind of story I told and the way I chose to tell it. But of course it’s not that simple. There are centuries-old biases at work at every level, within all of us. And yes, it makes me feel shitty to be perceived as part of this problem, because it’s an issue that matters so much to me. If I didn’t care, I wouldn’t talk about it in the first place.

I do stand by the idea that a great many people in the film industry want this to change. I have made attempts at every turn to help turn the tide, and I will continue to do it. When I got the script for Lucky Them, released last year, I advocated hard for my friend Megan Griffiths to direct. She did, and she made a wonderful film (see it please). On my next project, Book of Henry, nearly all of my department heads and producers are women. Will I give a female filmmaker the same chance Steven Spielberg gave me someday? Let’s hope that when I do, it won’t even be noteworthy. It will be the status quo.

I came home from New York tonight and saw my daughter again after a week away. This had come up earlier in the day, so it was on my mind. I did think a lot about how vital it is for me to empower her now, even at age 3. To encourage her to go out and grab whatever it is she wants in life, to lead. It starts with the constant, steady assurance that the top job is attainable.

Becoming a filmmaker is not easy. It’s years of rejection and disappointment and it’s very hard, often grueling work. The job takes insane levels of endurance and sometimes delusional amounts of self-confidence. All I can do is raise one girl with that kind of fearlessness, then let her choose her path. That’s my contribution. The rest is up to her.

(Should I mention we need more female chefs? Different article.)

What do you think of Trevorrow’s e-mail? Do you feel like his first statement was misunderstood, or do you think this is him doing damage control in hopes that we’ll forget this all by the time we get more scoop about Star Wars IX?

And most importantly, do you think this conversation will prompt him to try and work with more women on the Star Wars franchise? Because while it’s great to have female characters leading some of these new films, including them behind the scenes is just as important. If female filmmakers and crew members do indeed have “very high levels of creative and artistic integrity,” then shouldn’t they inject that integrity into the Star Wars universe and all other blockbuster universes to come?