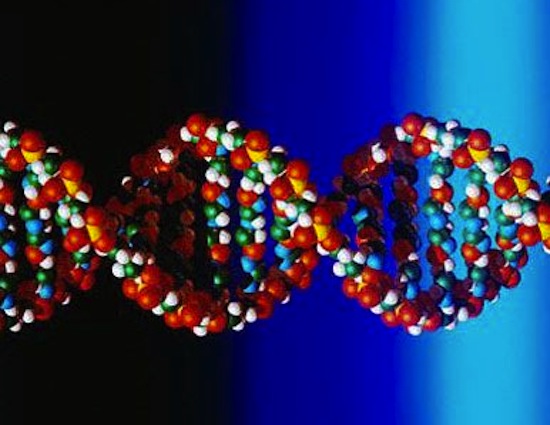 It’s been almost 10 years since the Human Genome Project shed light on just what it is that makes us tick. While it was a huge step forward and a massive achievement in the field of science, it still left a lot of things to be explained. It also left us with the awkward prospect that a lot of our DNA — the vast majority of it, in fact — didn’t really seem to be doing anything. Most of the approximately 3 billion base pairs that make up the blueprints for a person, it seemed, were just loafing around, letting the 23,000 genes that make up only about 1% of the genome take care of business. To square this circle, researchers around the world formed the research group ENCODE to look for the purpose of all that so called “junk DNA.” Today, the project, coordinated by the National Human Genome Research Institute, announced that they’ve pinpointed more than 4 million sites where specific proteins interact with DNA making significant strides toward that goal.

ENCODE began in 2003, just a few months after the Human Genome Project announced its final draft of the human genome. The mission was to find the purpose behind what seemed to be a way more than reasonable amount of “junk DNA.” Over the years, it’s become more and more clear that most junk DNA isn’t junk — much of it is just doing jobs that are more difficult to understand. It turns out that this DNA — the preferred term now is non-coding DNA — is responsible for things like transcription and interaction with proteins.

Those are important tasks, but they’re not the glamourous work of protein coding done by genes, and have proven harder to parse. Today’s massive data release from the project shows there’s a lot more activity going on in the genome than was once suspected. The newly discovered hustle and bustle going on inside parts of the genome once thought to be pretty quiet could have serious implications for our understanding of genetics.

Right off the bat, researchers were struck by the way that genetic variation in non-coding DNA can influence diseases and genetic disorders. That’s because while non-coding DNA doesn’t code for proteins, it can impact things like how much of and when a protein is produced. “Far from being junk DNA, this regulatory DNA clearly makes important contributions to human health and disease,” said researcher Mike Pazin.