The film inspired by the Disneyland ride is a delightful throwback. 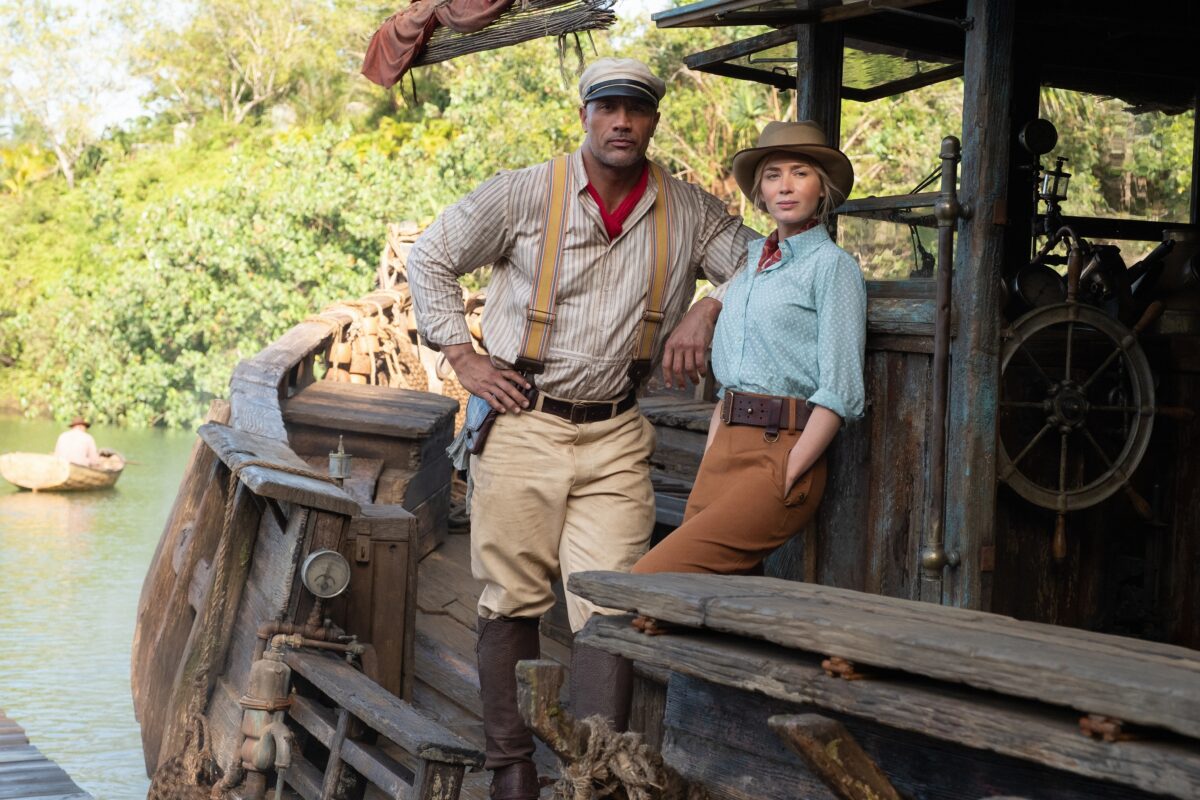 Once upon a time in Hollywood, there was something known as a family film, i.e. a movie designed to appeal to all four quadrants. These films were aimed at all ages, crowd-pleasers with plenty of action and adventure. And when these movies hit, they become not only successful, but iconic.

Films like Jurassic Park, Raiders of the Lost Ark, and Back to the Future fall into this category, as do more modern offerings like The Mummy, Jumanji, and Pirates of the Caribbean: The Curse of the Black Pearl. They tend to feature a fun mix of dazzling special effects, charismatic performances, and quotable scenes.

The latest entry into the genre is Disney’s Jungle Cruise, which borrows more than a little from Pirates of the Caribbean and The Mummy. Inspired by the classic Disneyland boat ride, Jungle Cruise is a retro swashbuckling romp that stars Emily Blunt as a female Indiana Jones.

As Dr. Lily Houghton, Blunt is a bold, fearless pants-wearing woman of 1916 who travels deep into the jungles of the Amazon in search of a mythical tree of life. She is joined by her fussy, foppish brother MacGregor (Jack Whitehall), who travels with her to the Amazon river where they employ the services of cynical, dad joke-loving Skipper Frank (Dwayne Johnson).

The film chugs along, energized by the delightful banter between Johnson and Blunt. And Jesse Plemons chews the scenery as the cartoonish villain Prince Joachim, a mustache-twirling German baddie set on finding the tree of life in the hopes of changing the tide of the First World War.

Along their journey, the trio face explosions, dangerous animals, angry locals, and a band of undead conquistadors wrapped in overly complicated mythology and less than impressive CGI (the cursed undead warriors themselves are heavily borrowed from Pirates of the Caribbean, so much so that I half expected Geoffrey Rush’s Captain Barbossa to show up).

Jungle Cruise is overly long, but it is relentlessly entertaining. This is largely thanks to the irrepressible charisma and chemistry of Blunt and Johnson. And while Jungle Cruise has its issues, it is a whole lot of fun that audiences of all ages can enjoy. There are plenty of fan service shout-outs to the ride, the action is thrilling, and the film features many fun twists and surprises along the way. It’s a breezy throwback to films like Romancing the Stone, which manage to fold in romance and comedy with the action and adventure.

The family action-adventure film has largely been replaced with franchise behemoths like Star Wars and Disney’s relentless Marvel cinematic universe. And as much as we love those films, there is a certain barrier for entry for casual viewers. That’s not to say that you can’t enjoy a Marvel movie on its own (of course you can). But if you’re walking into Avengers: Endgame without seeing the previous 20 or so films you may be a bit lost.

There is also an overly-sanitized quality to these franchise giants that older classics lack. Those films would often feature adult jokes designed to amuse parents (which flew over the heads of their kids). They were thrilling but not violent, scary but not frightening. And they were enjoyable for kids and parents alike.

There is a recent trend to label kids’ films as “family films,” which ignores the fact that a lot of children’s entertainment is mind-numbingly boring for parents (or let’s face it, just plain bad). Of course there are standouts like the Pixar films, which are entertaining for everyone. But the rest of the “family film” landscape is somewhat less inspiring.

This is why Jungle Cruise is such an unexpected treat. Finally, a movie exhausted parents everywhere can watch again and again and still enjoy.