Presumably, they'll be responsible for manipulating the main cast of characters within the game. 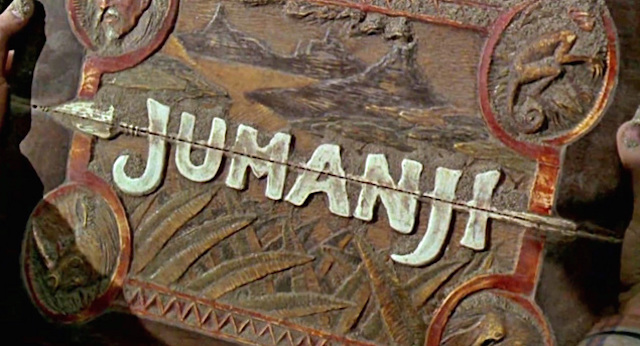 Every piece of news that’s emerged from this new Jumanji film leaves me feeling intrigued–it’s almost as if I can hear the beat of jungle drums in the distance growing ever closer.

The first image of the main cast popped up on the internet early this week, and while some fans initially balked at actress Karen Gillan’s sexualized costume, both Gillan herself and her Jumanji co-star Dwayne “The Rock” Johnson said there were justifiable story reasons for what Gillan referred to as her “child sized clothes.” Meanwhile, speculation continues to cycle around whether or not the four main characters–played by Gillan, Johnson, Kevin Hart and Jack Black–are actually adventurer archetypes, and will in fact be characters who exist within the in-game world of Jumanji itself.

A recent casting announcement from Johnson would certainly lend credence to that popular theory, as the star posted an image to his Twitter account welcoming four new “Jumanji Juniors” to the film:

The four new cast members, who are described as playing “real-world kids”, are Alex Wolff, Madison Iseman, Morgan Turner and Ser’Darius Blain. Presumably, each of these four “kid” characters will each take on one of the character avatars as they play through the game of Jumanji–and THR is already reporting that Wolff “will play a boy named Spencer whose avatar in the game is being played by Johnson and named Dr. Smolder Bravestone.”

Meanwhile, the cast is already having a good time messing around while filming in Hawaii. Hart and Johnson, who are known for their Instagram shenanigans, shared a couple videos–including one of Jack Black holding up production to finish his lunch break, and Johnson trying to convince us to suspend our disbelief about whether they’re actually “lost” in the jungle.

There’s still plenty of time for us to learn more about a world we’ll finally get to see for ourselves–Jumanji is scheduled for a July 28, 2017 release.