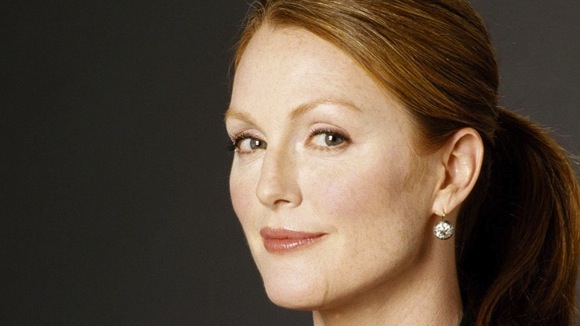 Rumor has it that Julianne Moore, who played a fabulously dysfunctional mother in Boogie Nights, is thisclose to playing the mother of Carrie White in Kimberly Peirce‘s upcoming remake starring Chloe Moretz. While the status (as of this writing) is that the actress is “in talks,” some are saying this is all but a done deal. And this means we will get to watch Julianne Moore shame Chloe Moretz and her dirty pillows — and then drive her to commit telekinetic murder. Who isn’t going to want to watch that?

Margaret White, originally played by Piper Laurie, is the hyper-religious, frighteningly controlling mother of the movie’s titular character who basically is the cause of all of her daughter’s problems. She doesn’t tell her daughter about menstruation, because for a woman to have her period is “the curse of blood” and a “punishment for sin.” Yup. So, developing normally for a teenage girl — maybe even a little late — is a sin, and now Carrie is in trouble with God for menstruating. Thanks, Mom! At least Carrie kills her in the end, nastily.

Julianne Moore, who is an awesomely adaptable actress, would probably have a ball in this role, which is why I hope all this talk is true. I can’t remember seeing her play a villain of any kind; she’s usually a sympathetic character, albeit flawed (see: Sarah Palin in HBO‘s Game Change). So playing someone who is downright delusional and awful would be a real trip to watch.

Basically, in my opinion, Moore can do pretty much anything, and I’d be on board 100 percent. She throws herself into her roles, and the role of Margaret White would be a deliciously insane romp for her. I want to see her go to there. Just maybe not with a Boston accent.