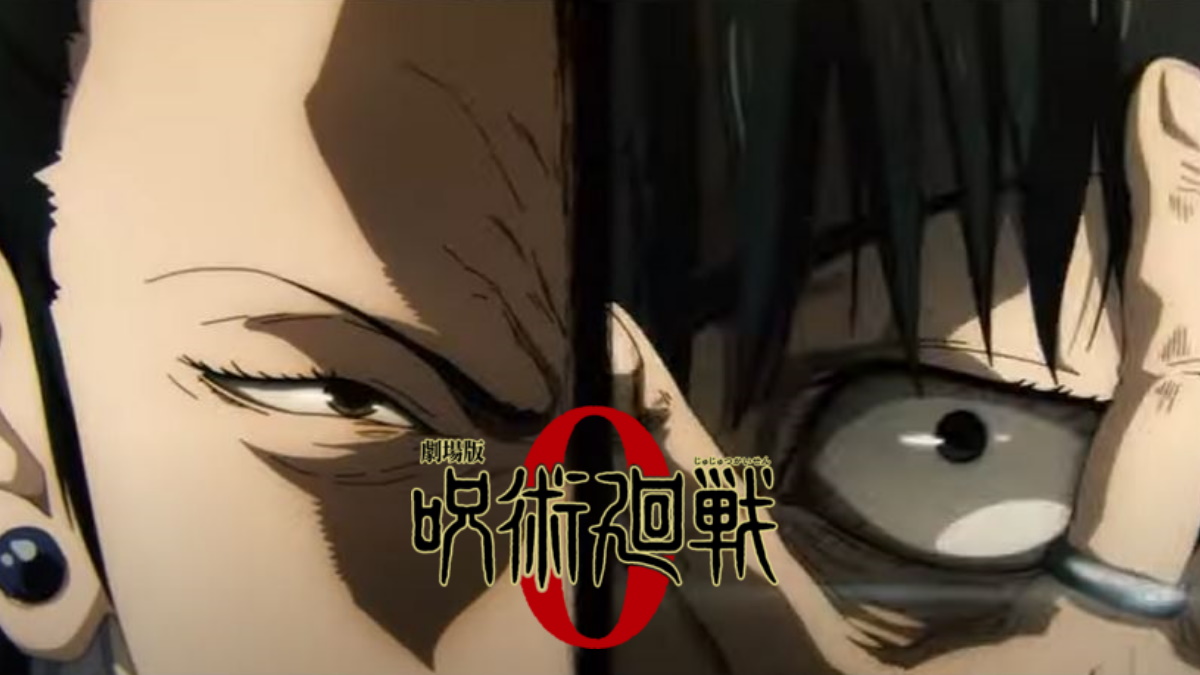 Today we got to see our first full trailer for the upcoming anime movie Jujutsu Kaisen 0. This movie, based on the manga volume of the same name, serves as a prequel to the hit series Jujutsu Kaisen.

The movie version of Jujutsu Kaisen 0 is something I’ve been excited about since it was first announced. Now that we got a trailer I can’t think of a better way to spend Christmas Eve (if I lived in Japan, at least, but I’m assuming like most popular anime movies it’ll be released here eventually). There are a lot of reasons for Jujutsu Kaisen fans to be excited for this one (whether they read the manga or not) and I’m going to try my best to stop fangirling long enough to list off the reasons why this story is such a great entry to this series.

Note: if you want a more in-depth review of the Jujutsu Kaisen 0 manga chapter, you can head over here, but it’s full of spoilers.

Yuta is mentioned in the first season of the anime series and is someone who is held in high regard by anyone who knows him. The viewer never gets to meet him, though, but you get the impression that he’s one of the strongest jujutsu sorcerers out there.

This movie is his back story, but it doesn’t take long to see that he didn’t start out as some high-level master of jujutsu.

Yuta’s story is a very interesting one, as he’s haunted by his childhood friend, Rika, after she was killed in a car accident. This gains the attention of Gojo (no surprise there) who brings him to the same school that he ends up bringing Yuji to at the beginning of the series. Yuta begins training at Jujutsu High, but as you can see from the trailer (or if you’re familiar with the series, or anime in general) learning how to use your newfound abilities (or curse, in this case) isn’t easy.

I already fangirled about Megumi Ogata’s announcement as Yuta, but the trailer lets us get a real feel for what her take on Yuta will sound like. Yuta goes through quite the emotional journey, and I’m beyond thrilled that the woman who took on such characters as Haruka (Sailor Moon), Shinji (Neon Genesis Evangelion), and Kurama (Yu Yu Hakusho) is taking this on.

The Jujutsu Kaisen anime series already makes it easy to love Maki, Toge, and Panda, and the prequel will make you love them even more. We’ll be able to see them from back when they were new to all of this, and we’ll also get to see how the three of them formed the bond they have in the series.

Also? We get to see them go all out against a major threat: Geto.

See why Geto is such a huge threat

Jujutsu Kaisen has given us some interesting villains to love/hate (*cough* *cough* MAHITO YOU LITTLE BITC- *cough* *cough*), but it’s also given us antagonists who feel like they’re on standby, playing an ongoing game of chess until they finally decide to pull a Thanos and “do it themselves.”

Geto is the clear mastermind of all of the bad shit that happens in the series. Even if we’re watching Mahito do some serious damage, it’s Geto who is putting everything into motion. However, he hasn’t actually fought in the anime yet, but he is definitely gonna throw hands in the movie.

It’s not Jujutsu Kaisen if Gojo isn’t there being the trolliest senseis to ever send students into dangerous situations. Knowing that he’s the one who got Yuta into Jujutsu High is pretty hilarious since he’s also the one who brought Yuji into this.

He just can’t help himself, can he?

The trailer gives us glimpses of Gojo in battle, doing his “I’m extremely OP” thing, and not to spoil much of the story, but this prequel has some pretty significant Gojo moments in it.

I don’t have anything else to add. It’s just a really good song, even if we only get about ten seconds of it.

Are you excited to see Yuta on the big screen? More importantly, how long do you think it’ll be before this movie comes to the U.S.?