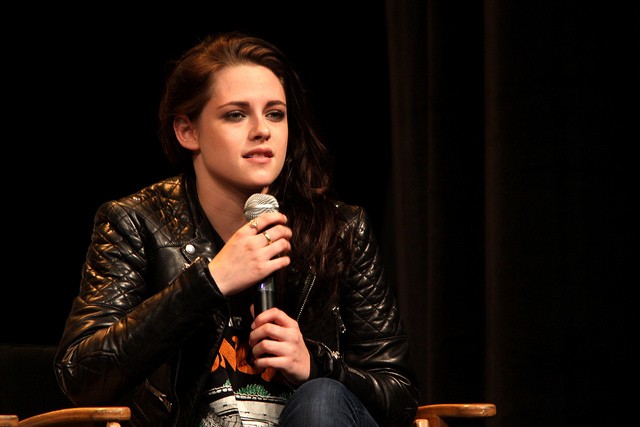 Tag this one #mixedfeelings. You might be familiar with JT Leroy, the author of the 1999 novel, Sarah, which fictionalized “his life” as a trans hustler and drug addict, among other things. Apparently, the entirety of JT Leroy was a fiction, as he never existed. JT Leroy was actually the creation of a cis woman, a musician named Laura Albert, who wrote Leroy’s work, and Savannah Knoop, who played him in his rare public appearances. That hoax is now the subject of an upcoming feature.

The hoax was exposed by New York Magazine in 2005. A documentary called Author: The JT LeRoy Story recently premiered at Sundance, bringing the story back into the spotlight, and now there’s this biopic in the works based on the memoir and life rights of Knoop. Kristen Stewart is currently in talks to play Knoop, while Helena Bonham Carter is in talks to play Albert. Meanwhile, James Franco is in talks to play Knoop’s brother, who was married to Albert at the time. Justin Kelly is set to direct a script he co-wrote with Knoop.

On the one hand, I can see how this would be a fascinating story to bring to the screen. Artists and their personas/alter-egos have long been fascinating, from Andy Kaufman’s Tony Clifton, to Sacha Baron Cohen’s Ali G. I’ve never been someone who believes that characters have to necessarily be real to express some sort of truth.

On the other hand, this entire endeavor – and the fascination with “Leroy” in the first place – bugs me, because it’s placing such cultural value on a cis woman creating and trading on a trans identity she knew nothing about to sell herself as a writer. Albert capitalized on a community she wasn’t a part of as some kind of a “daring” “artistic” project, and everyone thinks it’s so cool. Because being a trans hustler who does drugs is so edgy. *eyeroll*

Place any other marginalized group in that space instead (e.g. white man pretends to be a woman of color, able-bodied author pretends to be someone in a wheelchair, while writing accounts of how difficult it is to be marginalized, etc) and it becomes less a less comfortable pretense to enjoy. But since transgender people – despite the fact that the media says they’re currently having A Moment – remain socially acceptable targets of ridicule and hatred, people are more willing to see Albert’s work as “subversive,” and less like transphobia.

I have no idea what the tone of this film is going to be. But being that it will be based on Knoop’s life, and she co-wrote the script, it will likely show her and Albert in a positive light. A couple of “renegade artists” shocking the world. Never mind that they appropriated from an already-marginalized community in order to do it. I’m all for women doing cool things – but not like this. Not at the expense of others.

(via Collider, image via Gage Skidmore/Flickr)