Jovian, The Live-Action Lemur Star Of Kratt Brothers’ Zoboomafoo, Has Passed Away At 20

Me, and you, and our memories, Zoboomafoo. 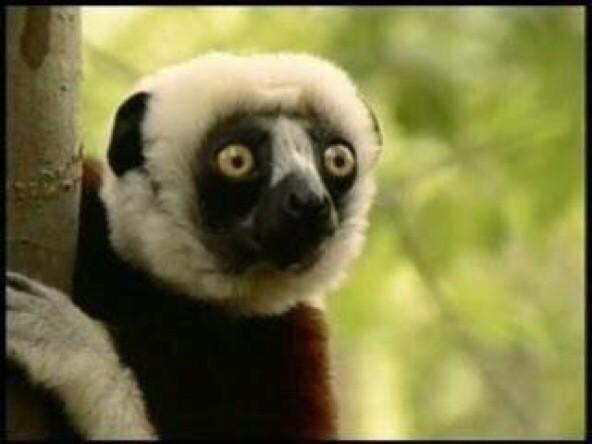 A scientific icon has left the treehouse. Jovian, the Coquerel’s sifaka lemur known for playing the role of Zoboo on the PBS show Zoboomafoo, passed away earlier this week of kidney failure. Jovian’s caretakers at the Duke University Lemur Center released an obituary for the beloved star, but as of writing the site is still down due to increased traffic. According to Business Insider, Duke University said the lemur was “a graceful, long-limbed co-star with cream and russet fur and bright, intelligent yellow eyes, and he taught millions of children what a lemur is.”

Zoboomafoo aired 65 episodes from 1999 to 2001, and remains syndicated on some networks. Jovian typically appeared at the beginning of the show, after which his character Zoboo would transform into a talking puppet and accompany his costars, Chris Kratt and Martin Kratt, on educational adventures. Here’s a clip of some of Jovian’s work:

Martin Kratt said of his late co-star, “He was great to work with […] He’d jump in through the window, and we’d feed him mangoes or garbanzo beans. Sometimes he’d grab our noses with those soft sifaka hands.”

The Kratt brothers met Jovian when they volunteered at the Duke Lemur Center as students; the Center’s registrar says that fans considered Jovian a star long after Zoboomafoo‘s heyday:

Watching our young interns get excited over being in the presence of the real Zoboomafoo this summer made me realize just how lucky those of us at the Lemur Center were who had the opportunity to get to know the real Jovian in his prime […] He was a playful, gentle, intelligent animal and perhaps one of the best sifaka sires ever.

Yep, Jovian was busy in his two decades of life (in the wild, Coquerel’s sifaka lemurs typically live to about 15). Jovian had two partners, and sired 12 children and four grandbabies. At the time of his passing, he had two grandchildren on the way, as well as a possible child with a recent partner. According to the Center, “everyone is hopeful that Jovian will have successfully produced one more infant — to be born in late winter 2015.”

Jovian, your lemur legacy lives on in your family and the ’90s children to whom you brought a respect for wildlife. May flights of khaki-wearing brothers sing you to your sleep, my friend. We’ll see you and Mr. Rogers on the other side.