Josh Brolin Admits He Was In The Running To Play Batman, Sympathizes With Ben Affleck 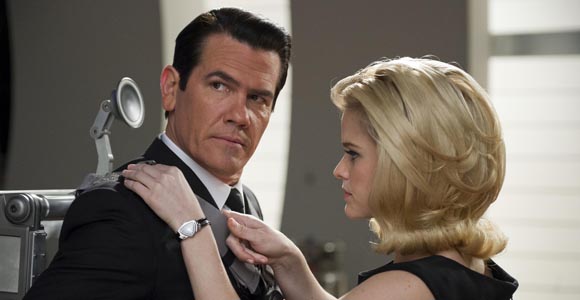 Leading up to the revelation of Ben Affleck landing the role of Batman in Zack Snyder’s Man of Steel sequel, several other names were floated around. Josh Brolin was one of them and while we don’t always learn the behind-the-scenes dealings in Hollywood, in this case, the actor admitted the rumor was true. He had a chance to be Batman.

Speaking to The Huffington Post, Brolin said yes, the possibility of him playing opposite Henry Cavill was true. Conversations were had.

“We did. I didn’t have conversations about it, but Zack, that was part of his idea. It just didn’t turn out,” he said. “It’s OK. It is OK. You know, another scenario might have worked better, but I’m happy for Ben.”

“I’ve never seen such a global reaction in my life,” Brolin said. “I feel for him, truly. I would not want to be him right now. The reaction becomes so personal,” Brolin said. “It’s like, ‘Fuck this guy, I wish he was dead.’ And you’re like, ‘What? Dude, seriously? This guy is just working like you are. He’s doing the same thing you are. He’s trying to make the best choices he can.'”

Still, Brolin wouldn’t go so far as to say he’s glad Affleck is in the hot seat rather than him. “I think I might have said that like 15 years ago, but now, because of the Internet, man, I just feel for anybody who gets lambasted at that level. I want him to kick ass and I want everyone to love it and kind of eat their words.”

We’ve still got quite a while to go before seeing Affleck’s take on the role but it’s nice to see Brolin offer support even though he might have wanted it instead.