It’s Not Vaporware! The JooJoo Tablet Is Now Shipping — Ahead of the iPad 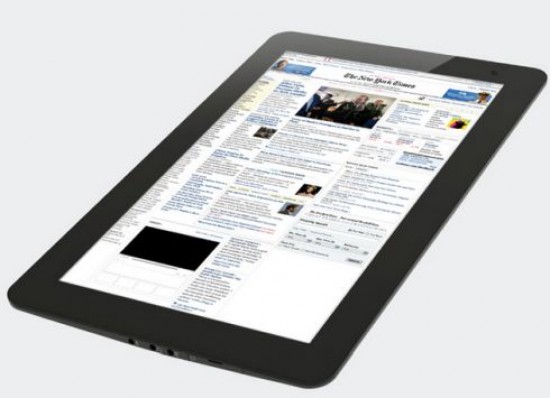 The JooJoo Tablet, Fusion Garage‘s would-be iPad killer that was once called the CrunchPad before Fusion Labs’ nasty fallout with Michael Arrington, is thwarting the vaporware rumors after all. Not only is it actually being shipped after a couple of delays that must have made preorder customers nervous: If all goes according to plan, it will be arriving on March 29th — a few days before the iPad drops on April 3rd.

We noticed a minor textual change on the JooJoo order page just a few days back, and apparently it was no mistake — Fusion Garage has announced today that its long-awaited tablet PC has started to ship from the factory.

Just like the Internet, shouting “first!!” incontrovertibly establishes your superiority. Well, maybe not, but it’s good news that the JooJoo tablet exists. Read our primer on the JooJoo here; if you want to make the plunge and buy one, see Fusion Garage’s site for more details.