Because never was there ever a cat so clever as magical Mister Mistoffelees. 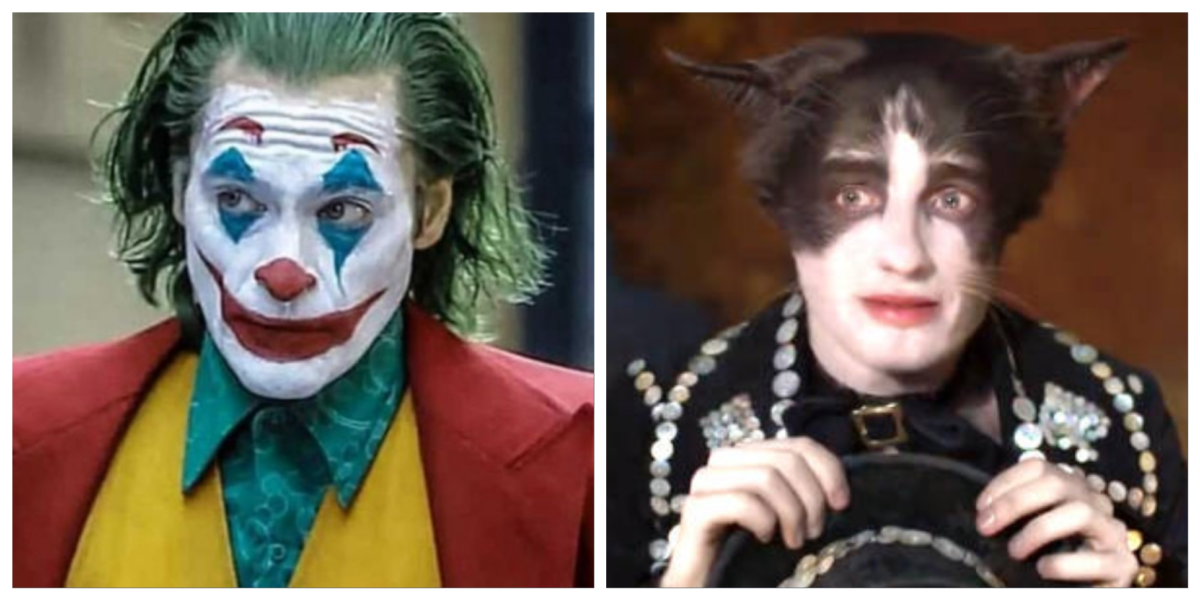 He’s been bullied and passed over.

People are put off by his schtick.

He dreams of getting the girl and winning over his audience.

He’s moved by the power of dance.

No! I am not talking about Joaquin Phoenix’s Joker; I’m talking about Mister Mistoffelees—the breakout star of Tom Hooper’s beautiful abomination Cats. And I am here to tell you that Mistoffelees, not Arthur Fleck, is the true incel hero that 2019 both needs and deserves.

First, I must make a distinction. The Mister Mistoffelees of this film is the polar opposite of who you meet in the stage play. The stage play has no plot (not that the film had much more); it’s merely an introduction of all of the Jellicle cats before their leader, Old Deuteronomy, chooses one of them to ascend to the “Heaviside Layer” (cat heaven) to be reborn into a new life. And when we meet Mister Mistoffelees for the first time, he’s a confident showman (showcat?) in full control of his powers and mystique. His song is still the banger of the show, but it’s because we are watching a master of his craft.

The Mistoffelees of Hooper’s film, however, is much like our poor, troubled clown, Arthur Fleck. He’s extremely shy and timid, and generally tries to show off his magic tricks (the Cats equivalent of Fleck’s compulsive laugh) at the worst possible moments. The tricks often fail, like Fleck’s jokes. He’s constantly forgotten and ignored. He keeps getting cucked by Munkustrap every time he tries to get close to Victoria. He is the cat embodiment of every failed “pickup artist”-turned-incel.

And yet, while he has many parallels to Fleck (he feels invisible, his tricks fail, he’s frustrated), he isn’t destroyed by the flames of adversity. No, he is forged in them. When Old Deuteronomy is kidnapped by Macavity (the Ultimate Chad), Mistoffelees is the only cat among the Jellicles with magic, and thus, the only cat who can rescue her. The other cats have to accept that maybe his annoying tricks are actually important and encourage him—through song, of course—to find the confidence he needs to pull them off and magic Deuteronomy out of Macavity’s clutches. And Mistoffelees manages to conquer his fear and find his inner power. He rescues their leader AND, in the end, gets the girl.

Which is why Mister Mistoffelees, and not Fleck dancing on his steps, is the true incel icon of 2019. He doesn’t succumb to his frustrations and anxieties, no matter how many times he is dismissed. He proves that you can do something silly, like magic tricks, and STILL get the girl—in fact, on very rare occasion, your magic will save the day! He proves that there is strength in his beta-ness once he is given the opportunity to show it, and he wins his praise from the adoring mob—not through acts of violence against others, but by performing the ultimate magic act upon himself. He is the bright shining light at the end of the incel tunnel.

I can only hope that any frustrated incels out there take note and follow a true hero made in their image, and flood the theaters (maybe in their newly discovered fursonas!) to cheer on (and sing along with) their feline brother: the magical Mister Mistoffelees.