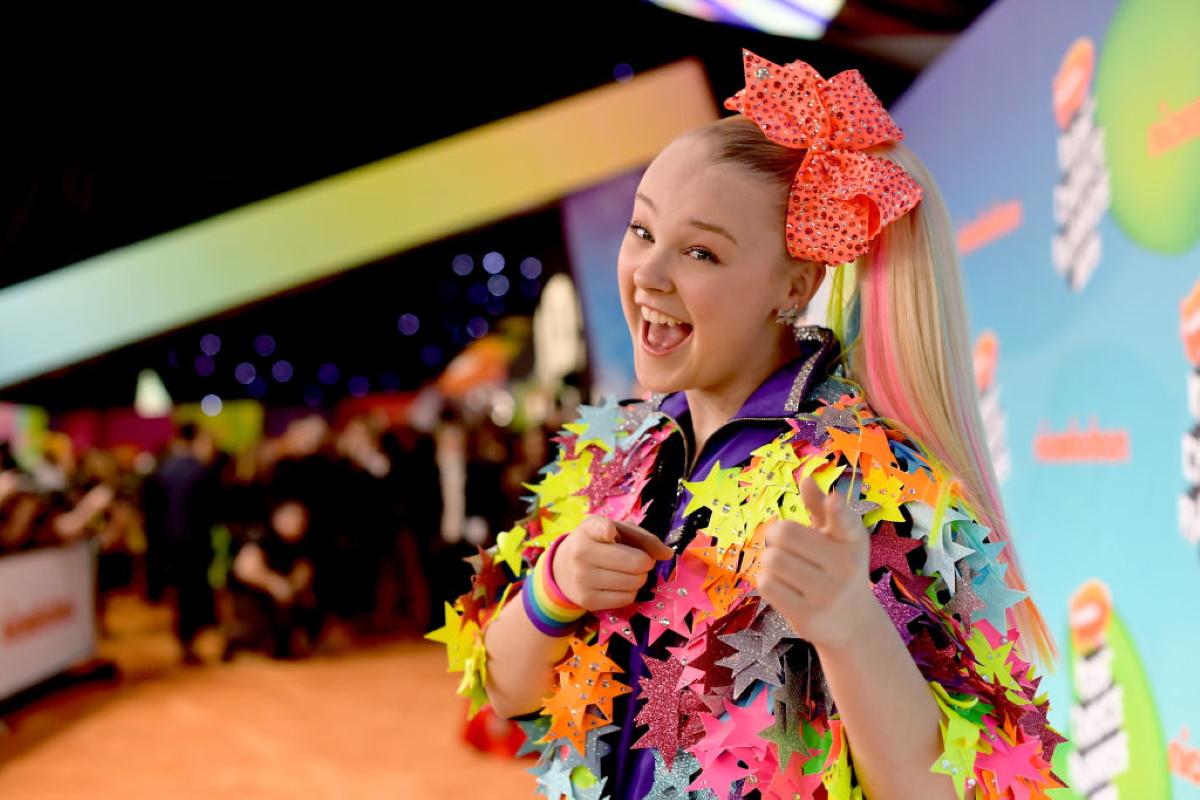 So I’m coming at this from the perspective of someone who doesn’t know who kids’ pop star Jojo Siwa is. However, I’m immediately protective when kids come out. There’s this ongoing idea that kids are “too young” to know whether or not they’re queer, but I’ve always felt like the entire point was that they’re, well, young. Despite nearly everything in society encouraging development and growth in our youth, it’s like they conveniently forget all of that when you decide to slap a rainbow sticker on your notebook.

Or in Jojo’s case, a cute T-shirt and an Instagram live.

My cousin got me a new shirt pic.twitter.com/DuHhgRto7b

The other reason my baby-gay-protective-sense starts tingling when kids come out is because I know they’re going to get some out-of-pocket comments from someone, and honestly, it’s shameful that the someone is almost always an adult. That’s not to say there aren’t some trolly-ass teenagers out there, but the adults who clutch their pearls in a kid’s comment section will come packaged with this sense of “I know more than you.”

There’s an entitlement with them, this false sense of wisdom that’s more irritating than an unimaginative slur, because they think they’re doing the right thing, think they’re offering some kind of necessary education that not a single person asked for.

I’m already paying enough for education because of student loans. I don’t need your lesson, Karen.

I’m no stranger to seeing adults condemn children AND their parents in these situations. They’ll jump in the comments, at their big age, and attempt to gaslight children into thinking they’re negatively influencing others in their age group. They’ll also criticize other parents for, I dunno, supporting their kids instead of forcing them back into a closet? For raising their kids in a way that establishes a relationship where they’re not afraid to talk to their parents about how they’re feeling?

Now, if that kid is a celebrity, you can bet the adult will do all of this while loudly vocalizing their decision to stop supporting the kid financially—the “I’m taking my business elsewhere” soccer mom haircut response, if you will.

Jojo had a response to that, screencapped by a fan:

When I tell you that I WISH I had that much presence of mind to say that when I came out at 18!

Announcing your bigotry is only telling on yourself, especially if you feel the need to aim it at a child in some attempt to, what, get them to apologize to you for existing? Get them to apologize on behalf of the daughter you, apparently, are going to forcefully pull away from an icon they like? Someone who comments something like this thinks they’re protecting their child from the Big Bad Gay, but really, they’re just trying to stick it to the 17-year-old girl because she has the nerve to be happy about loving herself enough to stop hiding her truth.

They want this girl to feel bad about their discomfort, and Jojo said, “Lol, no thanks.”

It always and forever bothers me that adults can be so salty about a child expressing sheer happiness the way Jojo did in her Instagram live. The same thing happened with Zaya Wade.

How do you look at a kid, in the midst of everything we’re going through right now, and try and squash any sense of joy they’re feeling? What’s wrong with someone sharing their good vibes? How is that going to negatively impact anyone?

I guess it’s because people are a lot more comfortable if we’re anxious about our queerness instead of content with it. Gotta keep that sad sack narrative going to keep the other kids stressed and firmly in the closet. You can’t let them know that you can be HAPPY about being gay. Then, they’ll develop into gay adults who embrace their identity instead of fear it.

Jojo’s response to this is an important part of her coming out. It shows all of us, children and adults, that if someone is walking away from you for being you, then you can just let them go. There’s no need to try to appeal to them. More importantly, there’s no need to shrink yourself in order to try to keep them around. If their very first response to you going on Instagram for nearly 15 minutes to say how HAPPY you are is “I’m leaving,” then don’t waste the energy giving chase.

You can absolutely say OKAY to someone not being able to handle your truth.

It’s not up to you to tailor your happiness to someone else’s specifications.