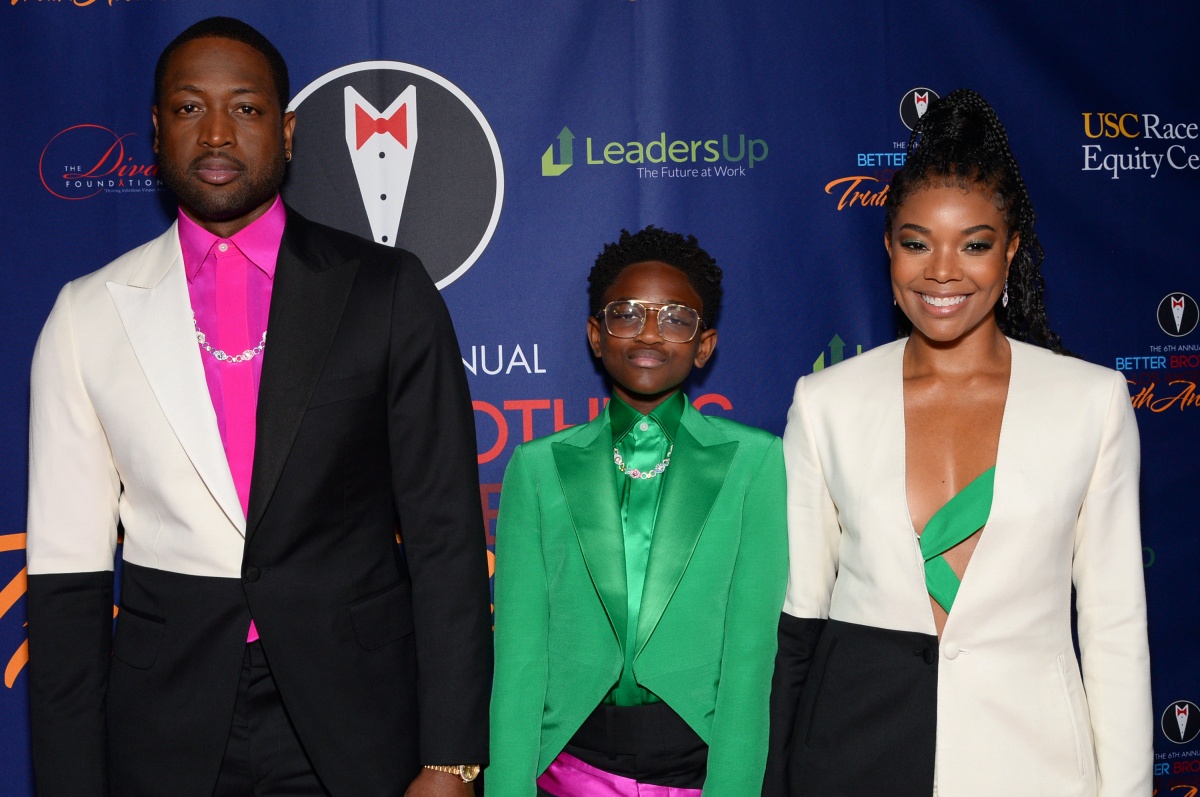 On March 7th, Zaya Wade made her first red carpet appearance since the announcement that she was trans, flanked by her father, basketball star Dwyane Wade, and her step-mother, actress Gabrielle Union. Zaya’s journey and the support of her parents has been an empowering message of LGBTQ acceptance, especially in the Black family.

Wade’s picture was instantly iconic, from the amazing ensemble she’d put together to the bossed up and empowered swagger that shows that, despite the discourse around her identity, Zaya Wade is in a family made of love. She’s all good and showed it off Saturday at the sixth annual Truth Awards, which honor achievements within the black LGBTQ community.

When it was shared with the world, via her father, that Zaya had come out, there was an overwhelming amount of opinions about it, ranging from the supportive and thoughtful to the hateful and asinine. Most rational people were of the opinion that, considering the number of parents out there who have traumatized their gay children, they should keep their transphobic tweets and think pieces to themselves. For me, as a young bisexual Black woman, the support and love that the Wade family is giving to Zaya is a beautiful subversion of the narrative about Black queer children and their families.

Dwyane Wade and Gabrielle Union have been open and honest about being supportive of Zaya and being an advocate for her until she becomes an adult. In a piece they wrote for TIME, they spoke about needing guidance and being lucky enough to have a reservoir of resources to be able to help as much as they can while respecting that there are things they will not understand.

We didn’t change overnight—we weren’t immediately the perfect allies. We were assimilated into gender roles that we’d been ascribed. There were learning curves. Zaya, now 12, once asked us, “Do you know there’s a difference between gender expression, identity and sexuality?”

We were like, “Yep!” And the second she walked away, we said, “O.K., let’s break out the Google.” We had to shut up and listen and ask so many questions and talk to health care professionals. We reached out to black trans activists, advocates, educators, and watched shows and documentaries like Pose, Euphoria and The Death and Life of Marsha P. Johnson. Zaya had to educate us. She has always led. At times, we’ve had to catch up.

They also candidly addressed the way fear of protecting Black children can lead to Black parents limiting the experience of these kids and stopping them from becoming who they were meant to be. “We’re robbing our children of their identities and their most authentic selves,” the Union-Wades said.  “Sometimes the fiercest fight is against the person in the mirror and how you were raised.”

Homophobia and transphobia in the Black community is something that often gets weaponized as a narrative as a way of placing the huge sum of homophobia on Black people, but the ignorance of that narrative does not erase the legitimate issues that many Black LGBTQ people have faced in trying to gain acceptance in their communities. Even going back as far as the Harlem Renaissance, there is a history of queer Black writers and activists within that movement, but many of us never hear about that aspect of their identities like Alain Locke, Countée Cullen, Langston Hughes, Claude McKay, to name a few.

We are just now becoming more aware of the Black trans presence in history through the work of academics, activists, and others who want to make sure that history is known to secure our past, give illumination to the future, and also to teach those in the present that we are not “new” or “confused.” We are part of a story that is longer than the written experience—y’all are just catching up.

Black transgender and gender non-conforming people are the most vulnerable population in our intersecting communities as Black queer peoples. They have among the highest suicide rates, murder rates, and ratea of being homeless and in poverty. By embracing Zara publicly and proudly, the Wades are setting the new standard; it’s up to us to level up.

Everyone allow her to re-introduce herself her name is Zaya Wade! Last night was Zaya’s first red carpet and we couldn’t have been prouder of how she handled the questions that were asked of her. She has emerged as one of the young faces and voices for the LGBTQ+ community. #truthawards