John Oliver on Why He Couldn’t Not Confront Dustin Hoffman: “I Was Surprised He Showed Up in the First Place” 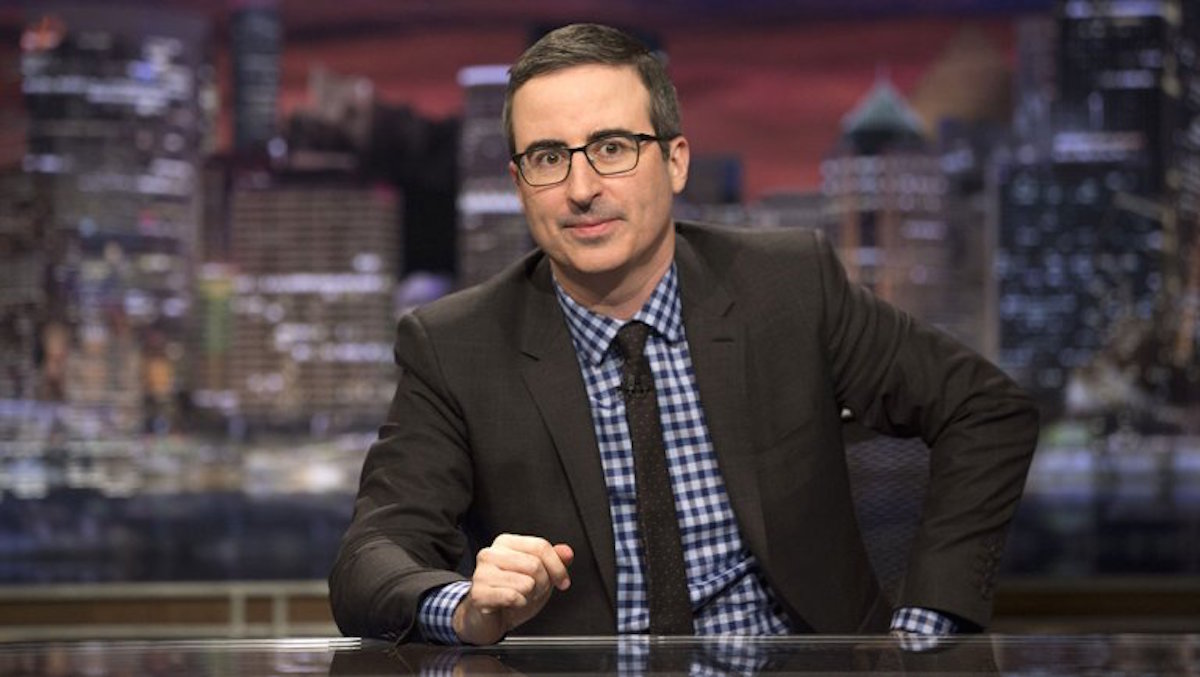 Here’s a bit of great news: Last Week Tonight returns this weekend. In anticipation of the new season premiere, John Oliver held a press breakfast to discuss a range of issues, including that now-infamous interview with Dustin Hoffman.

If you remember, John Oliver was set to lead a panel discussion for a 20th anniversary screening of the film Wag the Dog. This was back in December, just barely a month after Anna Graham Hunter published her account of experiencing repeated sexual harassment by Hoffman when she was a minor. (Since then, other women, including Meryl Streep and his Death of a Salesman costar Kathryn Rossetter, have also accused Hoffman of harassment or assault.)

During the discussion, Oliver asked Hoffman about the accusations and about his subsequent statement, which was basically the sexual assault equivalent of “I’m sorry if you were offended.” Oliver has since said that Hoffman’s unwillingness to engage in conversation about the accusations made him “feel sad,” and that he hoped for something at least the tiniest bit constructive.

At this press breakfast, Oliver expanded on that sentiment, saying he was actually “surprised” Hoffman showed up for the event at all. And even more surprised that since he chose to attend, he wasn’t more prepared (or prepared at all, really) to discuss the subject.

Not only was this Hoffman’s first public appearance after Hunter’s allegations, along with those of producer Wendy Riss Gatsiounis (published on the same day), were made public, but the movie they were gathered to celebrate was Wag the Dog, which, as Oliver describes, is “a story about burying sexual harassment and the power that comes with that. So,” he says, “it seemed to me very, very weird not to bring it up.”

Oliver went on to say, “It felt like he should’ve been aware that he was going to have to answer to this the next time he answered anything. I’m staggered if he honestly thought I wouldn’t bring it up. I don’t know how little he would have to think of me to think I wouldn’t bring that up. That’s pretty insulting.”

Hoffman’s attitude could have been written off as obliviousness, but it’s telling that, according to Oliver, Hoffman attended the event but skipped the red carpet interviews. Did he just assume that once he was onstage, he was in the clear?

Hoffman (and others, who later criticized Oliver’s line of questioning) seemed to think Oliver was just trying to make a scene, to draw Hoffman into some sort of public flagellation. But Oliver has repeatedly referenced a desire for “self-reflection” on Hoffman’s part. That’s what was missing from his statement regarding the allegations, and it was missing from his responses to Oliver. Hoffman tried the “it was a different time” excuse and the “it wasn’t reflective of who I am” excuse, but not even Oliver’s relentless questioning could break through his defensiveness to get him to actually address his alleged actions or their effect on women who had spoken out.

“The only reason the conversation kept going was because his responses were pretty bad. I want to try to get him to a point of self-reflection, to try to get something out of the conversation at all, but that didn’t happen. I don’t think there was anything particularly remarkable about what I was asking. I think a lot of things were pretty dispiriting about how he was responding.”

Oliver also said “I have to believe that most people would have asked him about it,” which I wish I agreed with. What he did was the right thing to do, but it wasn’t the easy thing. It wasn’t even necessarily the professionally “acceptable” thing. But to those who wish for a world where powerful men are held accountable for their actions, it was the only thing to do.

As a palate cleanser from Hoffman’s awful defensiveness, here’s a much more pleasant conversation Oliver got to have recently with Stephen Colbert.

(via The Daily Beast, image: HBO)