John Kelly Quits, But His Racist Policies Will Live On | The Mary Sue

John Kelly Leaves The White House, But His Racist Family Separation Policies Will Live On

Another one bites the dust. 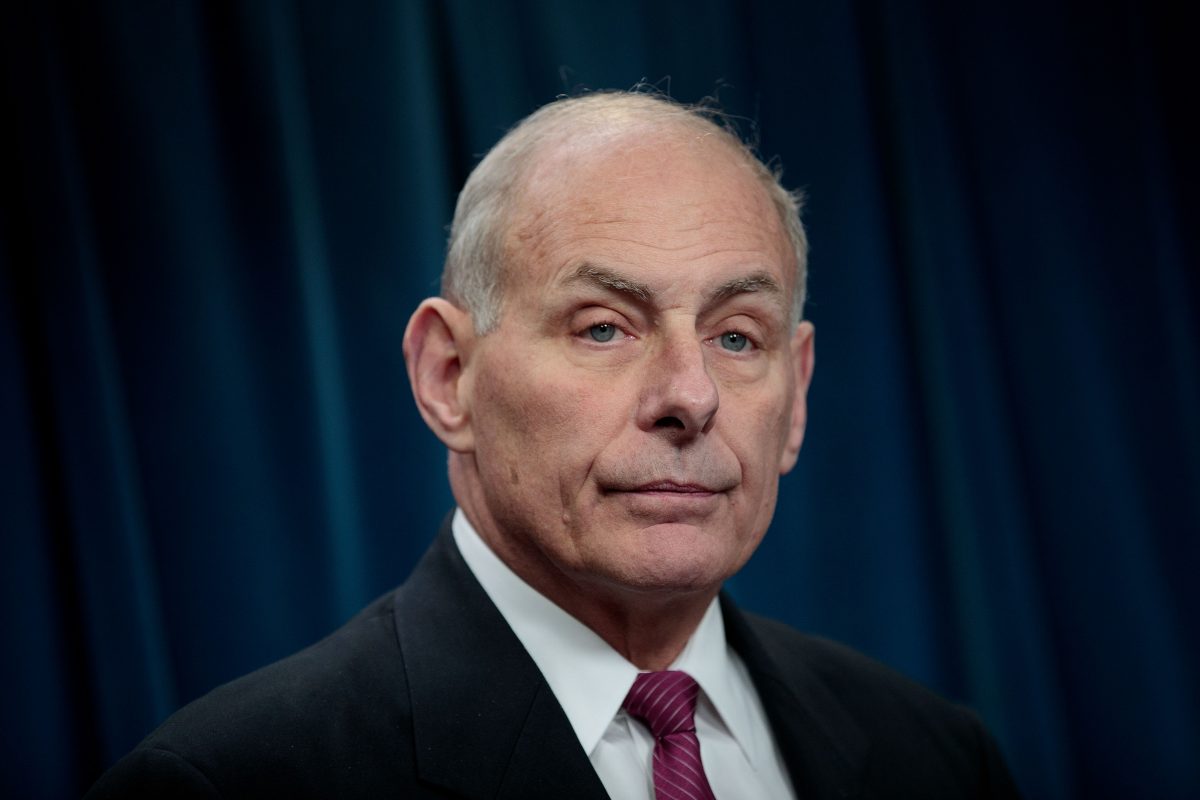 It’s time to update your White House Desertion bingo cards again: Trump’s Chief of Staff John Kelly has announced he will be leaving the office at the end of the year. Kelly’s departure has long been rumored, as the taciturn general was said to be frequently at odds with Trump. In response, the president said “He’s a great guy, I appreciate his service very much.” Trump said similar things about ex Secretary of State Rex Tillerson, so the countdown is on for when he starts calling Kelly “dumb as a rock.” Also, if the president is looking for insulting epithets, may I suggest “Smelly Kelly”?

John Kelly was often lauded by the press as the only adult in the room, and a narrative was swiftly spun that Kelly was the one man holding Trump back from his own worst instincts. It’s easy to see how the narrative began: Kelly is a four-star general and longtime political operative, as opposed to say, Omarosa, Jared Kushner, or the rest of Trump’s rogue gallery of inexperienced feckless sycophants. It was widely believed that Kelly would provide a stabilizing force in the ever-tumultuous White House.

But the reality of the situation was far from that. Kelly became an effective executor of Trump’s most racist and despicable policies,namely the family separation policy at the border. In an interview with NPR, Kelly addressed the policy of separating children from their parents at the border, saying, “The children will be taken care of — put into foster care or whatever.” We now know that “or whatever” is a series of child detention camps across the country.

While traumatizing a generation of children will no doubt be Kelly’s legacy, let’s not forget his other greatest hits, like defending White House staff secretary Rob Porter, who was accused of domestic violence by both of his ex-wives. Kelly called Porter “a man of true integrity and honor” and continued to defend him after Porter resigned.

Many took to social media to commemorate and celebrate Kelly’s departure:

John Kelly is one of a long list of failed & incompetent Trump appointees that served in a dysfunctional White House. Kelly leaves with a cloud over his head because of the lie that he told on Congresswoman Frederica Wilson. He refused to apologize. Leaves WH in disgrace.

So long John Kelly, don’t let the door hit your racist old ass on the way out.