Goodman on Roseanne: "She’s Not a Racist" | The Mary Sue 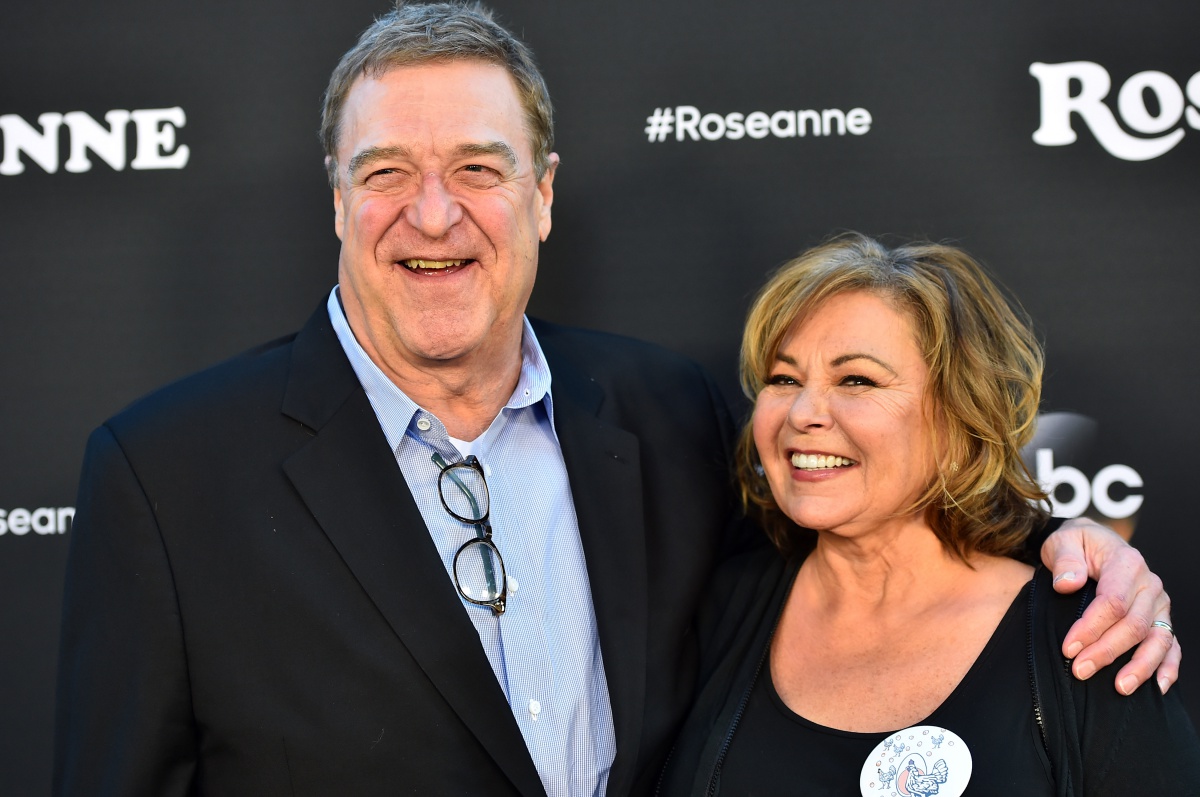 It was only a matter of time before John Goodman commented on the firing of Roseanne Barr and her expulsion from her relaunched ABC show, Roseanne, which has now been retitled The Conners in order to save face.

Goodman got his big start on Roseanne way back in 1998, and despite the ups and downs that have come up with the cast, there is a sense of loyalty and solidarity between them because of all that history. Still, to quote Tiffany Pollard … you could have just sat there and ate your food. I mean, I assumed Goodman was Team Roseanne and honestly, despite my own feelings, I was willing to be like, “He is keeping it to himself, and that’s his ‘work friend.’ Whatever.”

Then Goodman spoke with The Sunday Times and said, “I know, I know, for a fact that she’s not a racist.” Additionally, he stated that Roseanne Barr had to “sign a paper saying that she relinquished all her rights to the show so that we could go on. I sent her an email and thanked her for that. I did not hear anything back, but she was going through hell at the time. And she’s still going through hell.”

Sigh. Who cares that she is going through hell? It is a hell of her own making. Regardless of whether she intended the tweets to be racially loaded because “I THOUGHT THE BITCH WAS WHITE” (her words), comparing human beings to monkeys has never not been a loaded comment, even when talking about a white person. Even now, the fact that Roseanne is still managing to have a pity party around her is exhausting, because here’s the thing: Even if she did make a mistake and wanted to make amends, she should stop making excuses for what she said.

Do I think Roseanne is racist? Yes. Not David Duke racist, but in terms of the language she uses and the ideology she spews, yeah, 100%. If she doesn’t want the black and brown people in her life to think that about her, then she needs to actually grow up and stop making herself into a victim.

As for Goodman, he has his own pockets and legacy to protect. Goodman himself was very shaken about possibly having this project get canceled, admitting that he was “brokenhearted.”

“But I went through a period, about a month, where I was very depressed. I’m a depressive anyway, so any excuse that I can get to lower myself, I will. But that had a great deal to do with it, more than I wanted to admit.”

I mean, you could have said nothing and remained America’s dad.

Now you are America’s loving, but sometimes disappointing, uncle.