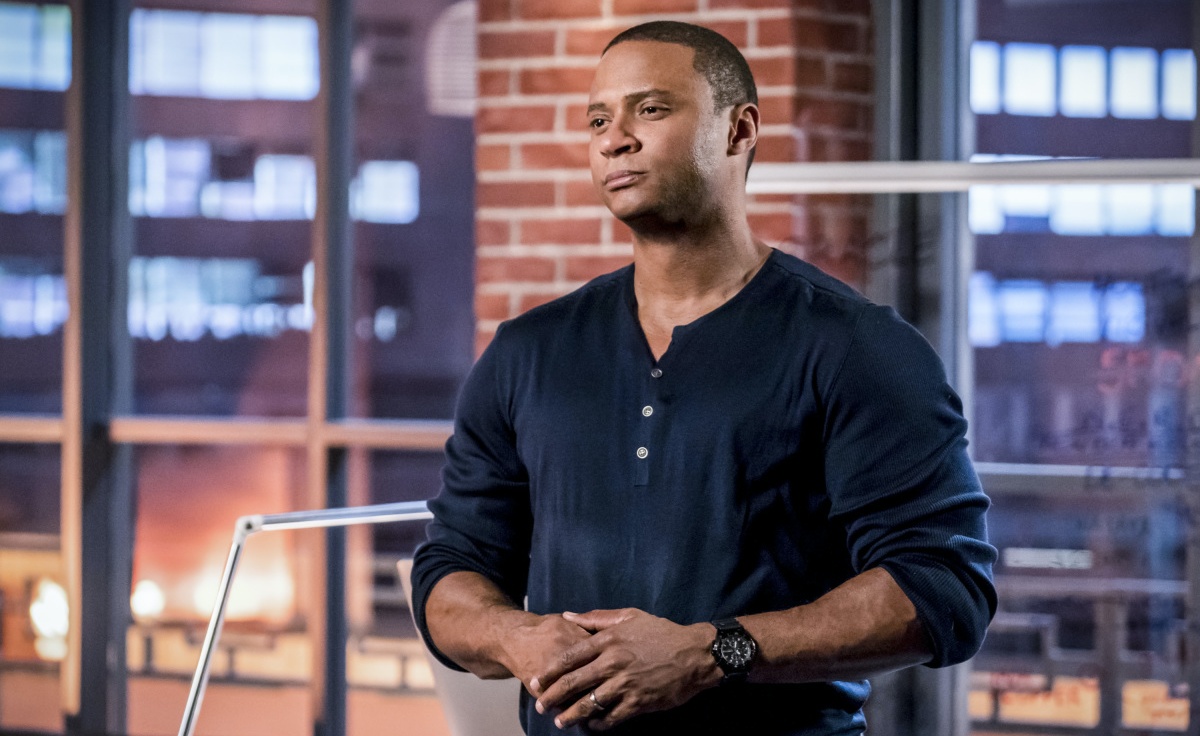 The finale of Arrow left us with a lot of hints of things to come in a lot of the characters’ potential futures. We already know that The CW is working on a spinoff with Green Arow and the Canaries, but there is another major person on the Arrow team who might be getting their own spinoff, and that is John Diggle, a.k.a. the people’s champion.

For a long time, people have speculated that John Diggle could be the Green Lantern because he shares so much similar background with Green Lantern John Stewart. Plus, his relationship with Oliver emulates the Green Arrow/Lantern friendship that has existed in the comics. It was elevated even more so when it was revealed that John’s stepfather was named Roy Stewart. Hence, he is (in a way) John Stewart.

During the finale, we have a scene of Diggle moving to Metropolis and a meteor crashing nearby. He goes to investigate and finds a box that emanates green light when he opens it. ♫Dun dun dun.♫

In an interview with TV Guide, actor David Ramsey explained that the reason they have been so vague is because there are restrictions that DC Entertainment has asked for, since the company is working on a Green Lantern series for HBO Max. Can’t muddy the waters, even though the CW shows are the most successful out of everything DC has created for the screen recently, sans Watchmen.

“We did have some restrictions from DC, so we had to kind of play within that. But it wouldn’t be Arrow if there wasn’t some question even after that opened-ended tease,” Ramsey said. “And it’s a huge tease, and obviously, your mind goes to only one thing—there being a ring and him becoming this wonderful character and joining this galactic police group—but it’s still open-ended, and that’s the way we wanted to leave it. It was great to have some sort of answer, but we’re left with some questions.”

Even as someone who left the Arrow part of the Arrowverse before the show’s end, John Diggle was one of my favorite characters when I was watching. I appreciated how important he felt to the story without being the “Black Best Friend,” and I was one of the people who was waiting for him to get his Green Lantern ring. Yet, the fact that it could be happening post-Arrow makes me sad.

During Crisis, one of the things that sort of made my eyebrows tweak was the weird lineup of the “Paragons.” While I understood it from a “this is an Arrowverse Crossover” perspective, it was just odd that White Canary and Batwoman were there and Diggle, the unofficial Green Lantern expy, was absent—same with Black Lightning, although I do get it for filming reasons. I would have liked for Diggle to have had this power and presence on the actual show, especially if the Green Lantern series doesn’t get picked up or doesn’t do well. He was such an important character, and while it’s cool that our last image of him is full of potential, I would have preferred to see the Green Arrow and Green Lantern team up properly.

“No matter what level you are, we are actors who work. And it begins on the page, so whether it’s John Diggle or John Diggle Stewart or however that works, of course, I would be open to that,” Ramsey said in the interview. “Greg Berlanti, however—it’s almost without a question. I think he’s prolific. Anything he wants to talk to me about, I’m happy to hear it.”