"How is being "transgender" different?" 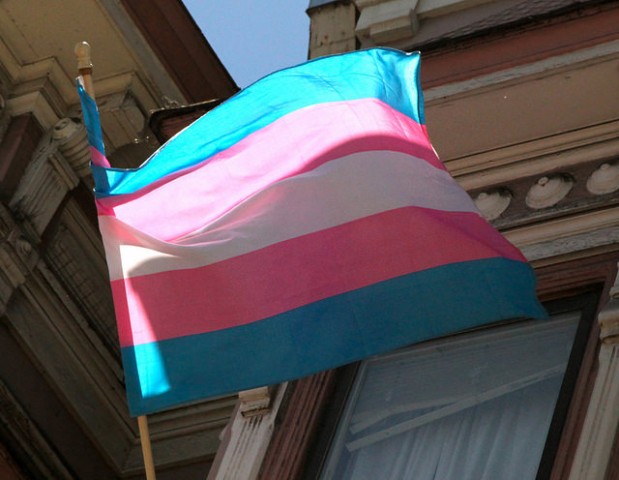 Damn it sucks when prominent people in comics turn out to be so comfortable spouting really ignorant, hateful, and hurtful things. Yesterday, on his official website Byrne Robotics, comics pro John Byrne participated in a conversation about Caitlyn Jenner, a recent, ill-informed, transphobic op-ed in The New York Times, and what makes a woman a woman on his site’s forum. Sadly, rather than being someone from whom his fans could learn something (about trans people, about being a kind, thoughtful human being, etc…?) Mr. Byrne seemed to be just as ignorant and hateful as some of his fans were. *Sigh*

Byrne’s comments started off harmless enough. Well, “less harmful” is probably more accurate. [Editor’s Note: I’ve added “Fan” and “John Byrne” for clarity, but the rest of the text is taken directly from the forum.]:

Posted: 08 June 2015 at 8:48am | IP Logged | 5
FAN: Traditionally, women are imagined to “think differently” because they are seen as being more at the mercy of their hormones than are men. But that cannot be the case in a “transgender,” can it? Not before treatment, anyway.
**

OTHER FAN: There is lots of data, but not a scientific consensus about the real or imagined ways women and men have different brains and different thinking. Those who say there is a difference see it as something set in place before birth and not something that’s changeable.

JOHN BYRNE: No question that men and women have different brains! Physically, a woman has more in common with another woman, and a man with another man, than the sexes do with each other.

But we’re not talking about men and women, here, really. We’re talking about something… else. Something that is both, and neither. And that’s where it gets tricky.

Posted: 09 June 2015 at 6:05am | IP Logged | 18
FAN: Her points make a good case for the experience of women as a collective — but her specific objections to Jenner could be leveled at my young daughter. My daughter has not shared any of the bruises and pains of womanhood– is she not female?
••

JOHN BYRNE: If she wasn’t born in a female body, no. But I suspect she was.

This is the real starting point of this discussion: being born male or female, physically, sets up a series of parameters. Those parameters are not really altered if the male puts on a dress and declares himself to be a woman. (I have grown tired of transvestites being called “she.”)

As so often happens in our Society, the pendulum has swung, and as it usually does it has swung further in one direction than the other. Thus, in the last hundred years or so, we have gone from being incredibly narrow and restrictive in matters sexual — incarcerating homosexuals, for instance — to stretching perhaps a little too far to be “all encompassing.”

I understand the biological processes that can happen in utero, which are considered by some to be the cause of “transgender” individuals, but, as some have noted, the jury is still out on whether this creates a genuine condition or a mental illness.

OK well, I’ve grown tired of men who are so threatened by femininity that the very idea that a man would ever dare call himself “she” in any context, or of transgender people merely existing at all proves so offensive to their delicate sensibilities. First of all, Mr. Byrne, you’re conflating being a cross-dresser and being transgender when they are two separate things (and people tend not to use the word “transvestite” anymore in the US. Just FYI. It’s not just offensive, it’s outdated).

Secondly, as discussed in this article in New Scientist, there is an actual difference in the brains of trans people, as well as an actual, gendered difference in the brains of cis women and men. (Don’t worry, feminists! This has absolutely no bearing on intellect, or whether women can run nations or businesses. It’s not those parts of the brain that are different!) Meaning that the genders with which we each identify are pretty hard-wired. It’s not just a “male [putting] on a dress and [declaring] himself to be a woman.” She is a woman. The problem is, she was assigned something else at birth because of her body, and she will continually be treated in a way that doesn’t sit right with her for years. 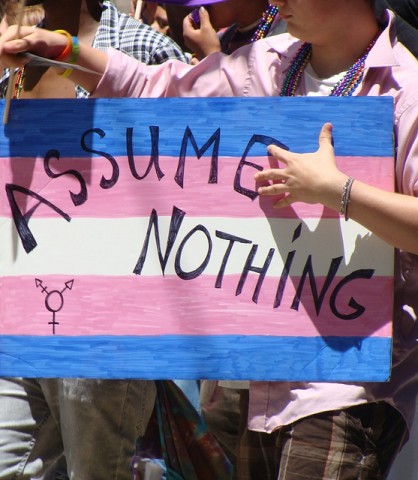 And then, here’s where things get downright horrible. The trigger warning up above was mostly for this:

Posted: 09 June 2015 at 6:21am | IP Logged | 20
FAN: As it currrently stands, we don’t have enough scientific knowledge to truly understand what causes people to be transgender or how it works.
What we do know is that it’s a very difficult experience for those people, there’s a lot of social stigma around it and many resort to suicide. So it’s best to be respectful – live and let live.

JOHN BYRNE: A REALLY hard question, then: Many people are tortured and driven by a desire to have sex with children. Our society frowns on this, and such people are considered mentally ill. We do not accommodate them, we do not respect them.

How is being “transgender” different? Given all the twists and turns that have happened in our general understanding of how the brain and mind work — still a work in progress — how difficult is it to imagine a future in which it will be determined without doubt that “transgender” is, indeed, a mental illness? How will we feel about all those people who, instead of actually helping them, we encouraged in a program of self-mutilation?

This is a long, long road, and so far we have taken barely a single step upon it. (Christine Jorgenson was half a century ago. How much has changed?)

A lot has changed, actually, Mr. Byrne, but your information on the subject seems to be about as outdated as the terminology you use for cross-dressers.

But before I get into the science you don’t know and the changes in society you haven’t kept up with, I need to first comment on the hugely inappropriate and offensive comparison you make in this comment! How is being transgender different? From being a pedophile?! How about the fact that, whereas being a pedophile involves a potential danger to people not old enough to consent, being transgender is a matter of self-identification and has nothing to do with non-consensual, well, anything. Someone being transgender has absolutely zero effect on anyone who is not them. Well, that’s not true – it certainly does have an effect on their loved ones, in that its something that requires a little bit of work and getting used to. But speaking as someone who has trans people she loves in her life, I can attest to the fact that if you’re a person who in any way cares about other human beings, the “work” required is not that difficult and the “getting used to” is easier than one might think. I was not harmed just because the shock of having to adjust for new information made me feel uncomfortable. The thing that most people get hung up on is clutching onto their preconceived notions of gender for dear life. And for what? How does it serve anyone to police how other people identify?

I’ve been having this conversation a lot lately (long before Caitlyn Jenner) with fellow cis people, be they TERFs on Twitter or people like those in the Byrne forum above, and the thing that always astounds me is that they are literally transphobic. As in there is real fear there. Of what, I don’t know. After all, what is the very worst thing that would happen if people’s idea of gender were, as Byrne put it, “all encompassing?” Would society collapse? Only if you think that people not being required to adhere to societal roles they had no choice in playing in the first place as “collapse.” Would there be no more babies born? Well, if Jurassic Park taught me anything it’s that life always finds a way. Are trans women actually “men in sheep’s clothing?” come to dictate womanhood? Absolutely not, so simmer down, TERFs! Trans women and trans men pose no threat to our individual gender identities. No one’s gonna make you change genders or make you have sex with anyone you don’t want to have sex with! Relax!

Then what? What is it that you, Mr. Byrne, or anyone else feeling this way fear so much? It’s either fear, or straight-up hatred. And you’re either afraid of what you don’t understand (in which case, you can learn if you want to be taught), or you’re a (trans)misogynist. Yes, it’s one or the other.

Now, for the second part of Mr. Byrne’s offensive statement: the term “self-mutilation.” Byrne clearly doesn’t have any real understanding about what gender dysphoria is. While it is classified as a mental disorder by the American Psychiatric Association, it’s not a mental illness in the way he’s talking about it. The way Byrne is talking about it, the gender identity a trans person claims is the thing that’s “wrong,” and so that’s the thing that needs “fixing” by “not accommodating” them. In reality, gender dysphoria is the stress caused by a person’s gender identity and physicality not matching up (including, but not limited to the stress caused by a society that is not accepting of who they are). It’s akin to clinical depression.

So the treatment for gender dysphoria isn’t to deny a trans person’s gender identity. The treatment for that stress is to alleviate it by helping them live and express their identity physically in a way that makes sense for them, while also being more understanding as a society of what they might be going through.

After all, if someone does have clinical depression, the treatment isn’t to tell them “no you don’t!” The treatment is to give them the medication they need to balance out their brain chemistry while being understanding about what they’re going through.

Also, what about people born without limbs who use prosthetics or wheelchairs? What about people who correct their cleft palates? What about leg braces, glass eyes, or skin grafts for burn victims? We modify our bodies to travel through the world a bit more easily all the time. I find it highly suspicious when people draw the line at gender, because that speaks to their priorities and values in a way that makes me uneasy.

Thankfully, there are fans on Byrne’s forum who are understanding and empathetic; fans who are taking the time to have that conversation and explain all this, telling stories from personal experience and trying to speak for the trans people in their lives. I just wish that Mr. Byrne could be a little more like them. Or, at least listen and learn from them.

The Mary Sue reached out to John Byrne for comment, but he responded that all comments and statements are made via his website/forums.