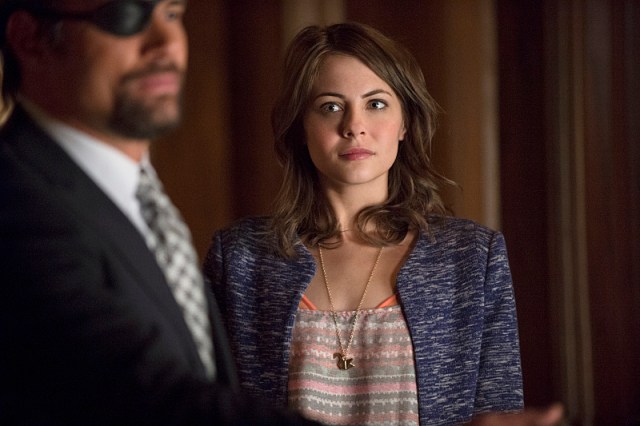 [Any spoilers are current with S3.]

In last week’s episode of Arrow, we found out what Thea Queen has been up to the last few months. And it’s just what we hoped for. We spoke with the cast of the show to find out more about the direction of the character this season and get their thoughts overall on the women of Arrow. Executive producer Marc Guggenheim also chimes in.

The Mary Sue was part of roundtable discussions with the Arrow crew at San Diego Comic-Con this summer. We were itching to speak with them about the women of the show, both based on DC Comics characters and not, so we dove right in asking Guggenheim about their approach to the fantastic women in their ensemble cast.

“One thing that we really strive for in the show is diversity of all forms. We’re very proud of our racial diversity on the show, very proud of our gender diversity and having female characters on the show who aren’t just sex objects, who have agency, who are tough. I mean, Felicity Smoak, she’s by no means an asskicker, but she’s very tough. And she has an inner steel to her. Same thing with Thea; this year, obviously, Thea’s going to be going through some changes because of her association with Malcolm Merlyn, and that, I think, will bring her into more of the asskicking side of the spectrum,” he told The Mary Sue. “And Moira, you know‚ we try with all the female characters to give them a strength, but not make that strength limited to kicking ass. Though we have plenty of that, obviously. And I think people will be very happy with Laurel’s trajectory, specifically, this year, in that regard. She’s gonna start trying to walk the path that her sister walked, which is sort of something we set up in the season finale. I think people are gonna be really excited to see where that goes.”

The Arrow himself, Stephen Amell, echoed those statements when we inquired about the same topic with him. He told us, “One of the coolest things on the show is introducing a character like Canary and having Caity Lotz just be such a badass. She kicks ass, and let’s get as many people on the show that can kick ass—men, women, gay, straight—let’s get as many people that can kick ass as we can.”

John Barrowman, no stranger to playing opposite strong female characters from his time on Doctor Who and Torchwood, told us how much he enjoyed the well-rounded characters involved with Arrow.

That’s what I think is great about this show, and I come from a show also where we never judge people on their… when I say sexuality I don’t mean gay or straight, I mean that they are being a male or a female… [TMS: Gender]. Their gender. We don’t do gender judging. And this is the same thing because there are some kickass females, you know what? And there are some emotional females. There are some kickass males, and there are some emotional males. Everybody’s got a bit of it and you know, Tommy wasn’t kickass but he was emotional. So we’re kind of covering the whole spectrum and everybody is equal. And how great that finally we have a show on television that young girls can look at and go, “Yeah! I can be kickass! I can be a hero because look, that girl, that woman is a hero also! So I don’t have to be afraid of”—dare I say—”wanting to be jockesque.” Does that make sense? It’s a great thing to have, so working with all these girls and ladies and women is amazing.

It’s interesting for me also, because I’m at a point in my life now where I’m not gonna be the kind of—I have been the hero and the younger character and I’m now the dad. Which is really great because I get to kind of relax a little bit. I get to go home at night and have that… two glasses of wine. I was gonna say one but that would be a lie! [laughs] you know, cuz I’m not gonna be the one taking my shirt off, you know? Although I still could, right? But I don’t have to worry about that anymore, you know what I mean?

Considering Thea is going to take on a larger role this season, we also asked for Willa Holland’s take on the women currently kicking ass. She told The Mary Sue, “It’s amazing to be able to have all these women, I mean Katie Cassidy character’s Laurel, she plays such a strong, independent woman, same with Sara Lance, there’s just too many good roles on the show for females, and if anything maybe Thea was the lesser of, but now, maybe she’s going to be the best one. Who knows!” 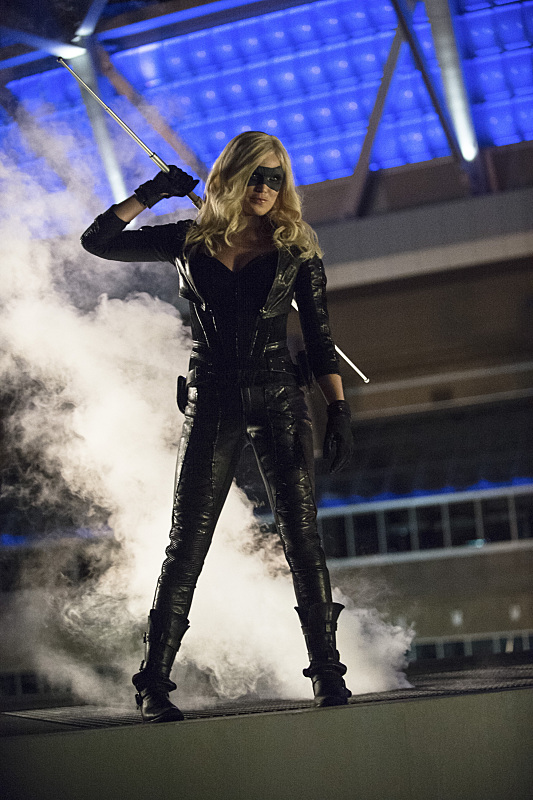 Holland told the group she’s excited for Thea’s arc: “I can say that the Thea we see leave at the end of Season 2 is definitely not the Thea we see enter back at Season 3 and she’s definitely, she’s gone through some stuff. And maybe taken out a little anger on the gym, you know?” Holland said. “She was so broken in Season 2 at the end, to the point that Season 3, where her head space is at is she’s just not ever going to let that happen to her again. She’s at a place where she is not going to let anybody hurt her ever again, and that’s all I can really say about that. I’m not allowed to say much. What I can say it that obviously Season 1 was all about Oliver’s time on the island, Season 2 was almost like an homage for Roy being on an island, or his version of the island, and I’ve been teased about and getting quite excited for maybe Season 3 is kind of Thea’s version of the island.”

The Mary Sue asked Guggenheim to expand a bit on where Thea is headed. “Well I think one of the things that’s safe to say is this season’s really gonna be a battle for Thea’s soul. So it’s not necessarily, it’s Arrow, so it’s not necessarily gonna have a happy ending to it,” he told us. “Certainly there is the potential in her name‚ we’ve been calling her ‘Speedy’ since the pilot. But one of the things that we like to do is play against that expectation. So, hopefully, the ups and downs of Thea’s arc this year will be compelling but also surprising. Obviously, we always want to surprise you guys.”

Unsurprisingly, Thea’s place this season is squarely next to her newly-discovered father, Malcolm Merlyn. Barrowman told the group, “The relationship between Malcolm and Thea is gonna be the most amazing and awesome and shockingly dysfunctional relationship that’s probably gonna be on television. That’s all I’ll say.”

But of course he couldn’t stop there.

“I think Malcolm has a very difficult time in showing love, but what Malcolm has learned over the course of time—let’s just go back to when he lost his wife very early on and then he was surviving to provide for his son, but deep down knowing that, he knew that Thea was his daughter. He then lost his son. Why? Because Malcolm can control people with money, power, and also with his destructive techniques,” he said. “What he hasn’t been able to do because he lost Tommy that way was —Tommy got emotionally involved with the girl. Love destroyed him. He also lost Moira that way. She sacrificed herself for love, right? He has only got Thea left. He’s got to control her by controlling her emotion, so that’s the way he’s gonna look at it. now. And that’s gonna be so—he will love her, but in a very different way.”

For his part, Amell told us he’s “fired up” to see what his fictional sister can do, suspecting she’ll “nail it.”

“Willa is so capable, and such a wonderful actor and the fact that we’ve had her for 46 episodes and we haven’t had a really Thea-centric episode… It’s like we’ve cultivated this character and the audience has gotten to know this character for two years and then we’re going to give her the car keys this year,” he told us. “Season 3: Thea’s Graduation. Metaphorical, not actual.”

From our time speaking with her, Holland seemed slightly daunted by the training ahead of her as an actor, but certainly excited. She said, “Right now they really just want me to bulk up and limber up as well. They emphasize a lot on being limber, and I’m like ‘ok,’ but they’re not telling me why. That’s the other thing, I’m also doing wrestling and boxing. I haven’t started any of the wrestling yet but my personal trainer does do wrestling and just got a phone call from them asking for him to teach me some take downs. So I’m like ‘ok, I’m down.'”

Are you looking forward to Thea’s journey on Arrow this season?