Joe Biden’s Op-Ed On Trump’s Support of White Supremacists: “We Have to Do What He Will Not” 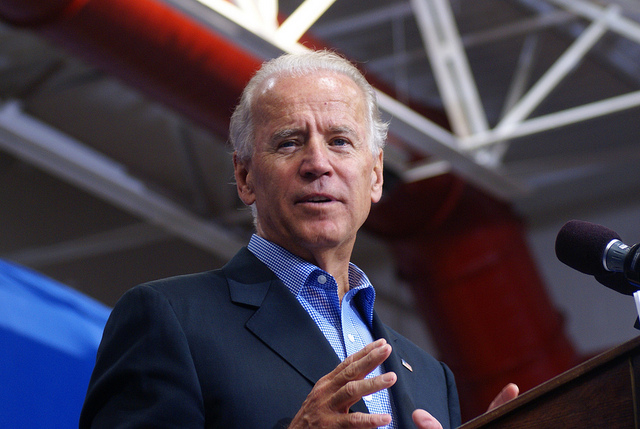 For a while now, it’s felt like any bit of progress that we celebrated prior to 2016 has been rapidly undone with an unhinged administration bent on attacking the country’s most vulnerable. While we were by no means a shining beacon of goodness before, “President fails to denounce white supremacy after violent nationalist rally” is a headline that I would have found almost unthinkable a year ago.

It is this “ferocious pushback from the oldest and darkest forces in America” that former Vice President Joe Biden addresses in a recent op-ed at The Atlantic yesterday, a response to Charlottesville and how it wasn’t an incident that emerged out of the void.

“Hope doesn’t travel alone. It’s shadowed by a long trail of violence and hate, ” he says, beginning his piece by recalling the United States’ history of racial violence and how it has always accompanied our nation. “Are we really surprised they rose up? Are we really surprised they lashed back?” Biden asks, “Did we really think they would be extinguished with a whimper rather than a fight?”

“If it wasn’t clear before, it’s clear now,” he writes, “We are living through a battle for the soul of this nation.” The op-ed is a worthy read as it recognizes that while this racial violence is nothing new, there is now what he calls a “special challenge” to fighting intolerance.

“We have an American president who has emboldened white supremacists with messages of comfort and support,” says Biden, denouncing Trump’s horrid response to the hate rally and pardon of Joe Arpaio. He’s made it clear where he stands and who he stands for.

The ultimate message Biden imparts is how the American people have been performing the duties of the President, as it is increasingly clear that he can not. The brave counter-protesters, voices who have spoken out, and community leaders are, without a doubt, far stronger, more patriotic, and “presidential” than Trump could ever hope to be.

It is true that the weight of social change has almost always rested on the shoulders of the most vulnerable. People of color, women, and others with disadvantages are disproportionately the ones who put themselves in dangerous situations for the sake of progress, while Trump and those around him sit comfortably and stir violence.

The power dynamic is not, nor has it ever been in our favor. This is not a new fact, but it’s one that becomes especially obvious with Trump in office. It’s especially obvious when his words and policies make racists feel safe and comfortable inciting hatred and violently attacking people in the street.

Biden’s piece identifies a truth that is at once both upsetting and galvanizing—we are the ones who have to fight for justice. The ones who are meant to protect and better our country are actively tearing it apart by supporting racists and bigots. Now, more than ever, is the time to be brave. If you’re blindsided by everything happening, know that this struggle is one embedded in the DNA of our country.

If you’re late to the fight, now is the time. If Biden is correct, and “[those] with the courage to oppose hate far outnumber those who promote it,” it is time to show up.