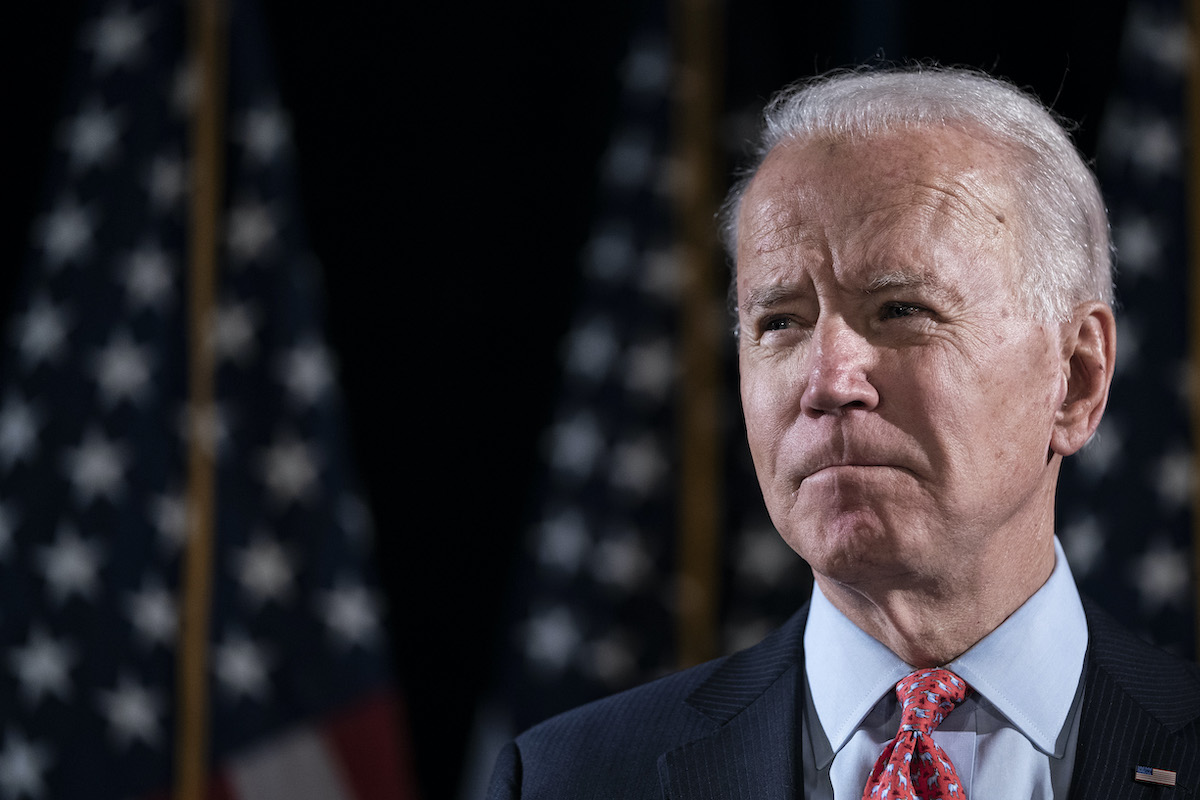 For weeks, Joe Biden has ignored the allegations of sexual assault made by his former staffer, Tara Reade. His campaign spokesperson issued a blanket denial that they haven’t elaborated on but Biden himself has remained entirely quiet. And as evidence to support Reade’s story continues to pile up, Biden’s silence gets all the more glaring by the day.

Last year, multiple women, including Reade, came forward to express discomfort with the way Biden touched them. These stories weren’t explicitly sexual–most described his behavior more as patronizing and infantilizing and most definitely inappropriate. But in multiple interviews with The Intercept and political podcaster Katie Halper, Reade has come forward with another part of her story she kept quiet after experiencing an intense backlash last year. She now says that she was sexually assaulted by Biden in 1993 when she worked in his Senate office.

Since she came forward, Reade has been met largely with silence from the mainstream media. Biden has continued to do interviews and no one has asked him about the allegations. The official Time’s Up organization reportedly told her they couldn’t help her because assisting a case against a candidate for federal office could be construed as wielding political influence and jeopardize their nonprofit status. And, again, Biden himself has said nothing.

But Reade has refused to let her story be buried and, in fact, has only grown stronger. In the last week, multiple new witnesses and pieces of evidence corroborating her allegations have come out.

First, a transcript and video were found from a segment on Larry King Live that aired soon after the time Reade says she was assaulted. The segment was called “Washington: The Cruelest City on Earth?” and featured a caller believed (and confirmed by Reade) to be Reade’s mother. She asked the panel “what a staffer would do besides go to the press in Washington,” presumably after experiencing harassment or assault, though she never specifically says those words.

Video👇🏻@ReadeAlexandra — is this your Mom’s voice? https://t.co/ospBhlKSvb pic.twitter.com/r5WsXJ2vQb

“My daughter has just left there, after working for a prominent senator, and could not get through with her problems at all, and the only thing she could have done was go to the press, and she chose not to do it out of respect for him,” the caller says in the clip.

“In other words, she had a story to tell but, out of respect for the person she worked for, she didn’t tell it?” King asked.

There are several notable things about the emergence of the call. On the one hand, the caller does not specifically mention “sexual harassment” or retaliation, as Reade had recalled. On the other hand, the reference to being unable to “get through with her problems” aligns with Reade’s claim that she complained to superiors in Biden’s office and got nowhere, and the reference to going to the press makes clear that the caller is talking about more than just generic problems at the office. The problems, she makes clear, would damage the senator if exposed.

Reade has said that she’d told her mother, her brother, and a friend about the assault at the time it happened. Now, in interviews with Business Insider, two more people have come forward to corroborate Reade’s story.

One is a former neighbor of Reade’s who says Reade told her about the alleged assault in the mid-1990s. The other is a former colleague who says Reade described being sexually harassed by her former boss and fired in retaliation for filing complaints about it.

Before the alleged assault, Reade said, she had already complained to her superiors in Biden’s office that the way Biden looked at her and touched her made her uncomfortable. She got no response, she said, and after the alleged assault was abruptly relieved of her duties managing interns. She said she later filed a complaint about her treatment — but not the about the assault allegation — with a Senate human-resources office.

Last month, Biden’s communications director issued this statement: “Women have a right to tell their story, and reporters have an obligation to rigorously vet those claims. We encourage them to do so, because these accusations are false.”

In the month since Reade gave that first interview, reporters have been vetting those claims. Some, like The Intercept and Business Insider have been adding to the mounting pile of legitimate evidence supporting Reade’s claims. Others did not. Some, like the AP, found that “aspects of her story contradicted other reporting.”

Although, to be honest, certain publications seem determined to undermine their own credibility when it comes to understanding and reporting on sexual misconduct.

Wait what IS this sentence? pic.twitter.com/K4p91esw6n

“no pattern of sexual misconduct if we don’t listen to women” is really a classic tune https://t.co/5stRKlLGVd

The fallout from Reade’s accusations has been messy. Rightwing figures (including Donald Trump’s own son) were quick and even gleeful in weaponizing her allegations against Democrats as a whole. Some focused on a strange fixation she seems to have with Vladimir Putin or called out comments she’d made in recent years praising Biden. Some of Biden’s staunchest supporters saw her support of Bernie Sanders as “proof” that she must be lying. And through all of it, Biden has stayed silent.

Last year, when women started speaking out about his overly affectionate behavior making them uncomfortable, Biden at least acknowledged their feelings, even if he didn’t apologize. He used the old “social norms are changing” defense and said he would be more “mindful” moving forward. (Although he then continued to make jokes about the issue.) Now he’s not even doing that much and it’s not okay.

It’s clear that this story isn’t going to go away any time soon and the campaign’s brief statement isn’t enough. Biden needs to address these comments personally, both because it’s the decent, human thing to do and because he’s asking us to give him our support in choosing him to be the leader of our entire country. I don’t know how he can expect us to do that while refusing to address such incredibly serious allegations.