Plus a very special guest returns. 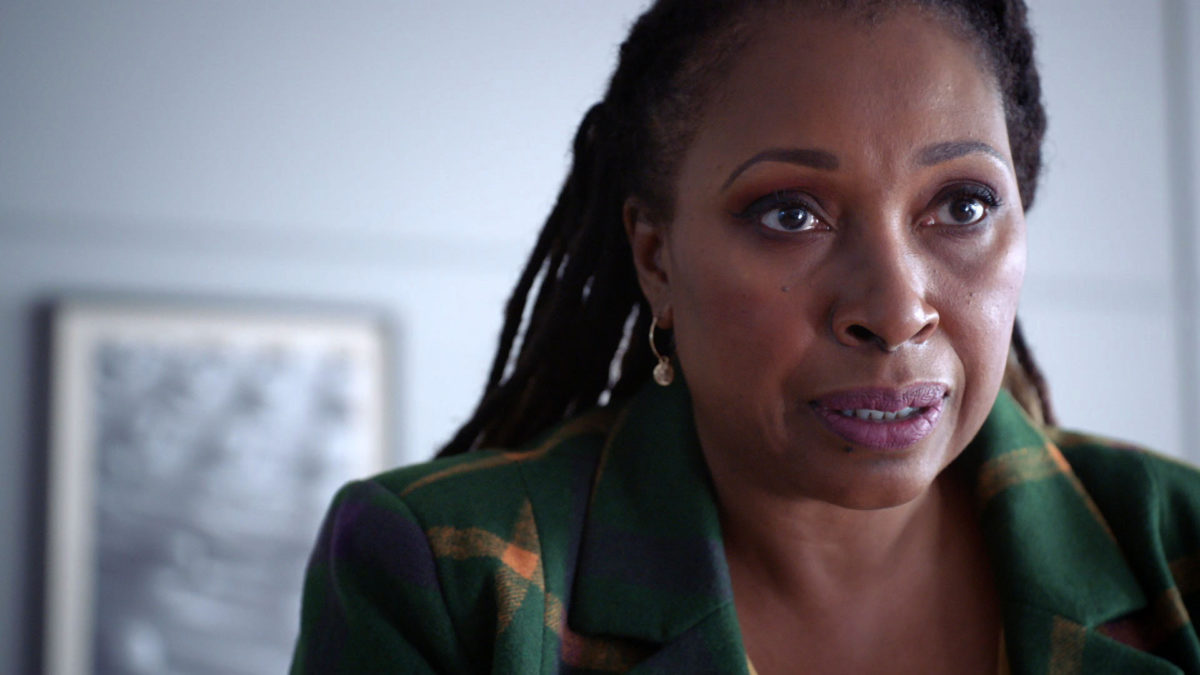 It’s official: Jo Martin (Back to Life, Holby City) has just made history as the first ever Black female doctor in the latest episode of Doctor Who. In “Fugitive of the Judoon”, written by Vinay Patel and showrunner Chris Chibnall, Martin plays Ruth Clayton, who is dramatically revealed to be a forgotten Doctor of the past.

The 13th Doctor discovers Ruth’s true identity when they find a TARDIS buried under Ruth’s family home. Ruth introduces herself to a bewildered Doc, who cannot reconcile this version of herself with, well, herself.

Martin tells the 13th Doctor “You’re in my future, not the other way around,” but Jodie Whittaker doesn’t remember her previous incarnation, stating “I’ve never been anything like you … Trust me, I’d remember – especially that shirt.” But when did Martin’s Doctor come from? And why can’t she and Whittaker remember each other? Does this mean that Whittaker is technically the second female Doctor Who?

Martin’s Doctor, however, won’t be taking the mantle from Jodie Whittaker (as far as we know). Much like John Hurt’s War Doctor, who appeared in 2013’s 50th Anniversary Special “The Day of the Doctor” who was a repressed regeneration between Paul McGann and Christopher Eccleston.

We’ll have to wait and see when Martin’s Doctor Who is from and what her story is, but damn, what a turn! Only something so momentous as the first Black female Doctor could steal the thunder from the raucous return of Captain Jack Harkness. Whovians, take a deep breath!

Fiona the hippo celebrated her birthday on Thursday afternoon, munching on a specially made birthday cake at the @CincinnatiZoo. https://t.co/dAy70SScbj pic.twitter.com/bqAPP6jV47

What are you up to, Mary Suevians?