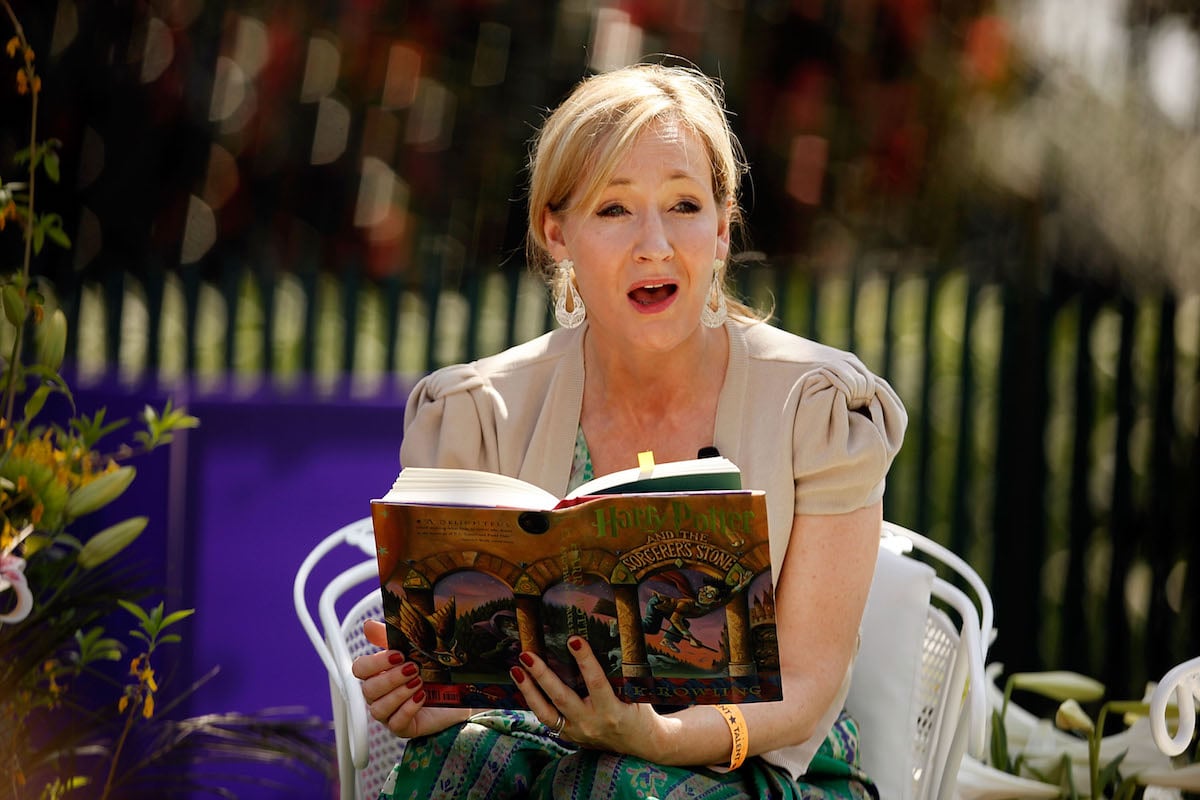 Children’s book author and billionaire Joanne Rowling has also become known for her apparent transphobic views. Rowling has, over the years, been seen to sympathize with TERFs (trans-exclusionary radical feminists) on Twitter, before doubling and tripling down and expressing trans-exclusionary sentiments in her own words. Many of us have long since written Rowling off as a result, yet she still finds new ways to infuriate and provoke disgust.

This was the case today, when Rowling accidentally copy-pasted a line later said to be from a message into an unrelated tweet. The sentence is about an incident between a trans activist and a person the Evening Standard describes as a “radical feminist,” and the text she pasted in intentionally misgenders the trans activist. It would seem that Rowling is passing the time by discussing TERF-laden propaganda and talking points with someone. A friend? A group? Sycophants on social media? The world will likely never know.

lmao @jk_rowling gurl you gotta be more careful with your transphobic copy/pastes while you do marketing for your new children’s book!! pic.twitter.com/vHR0LUoOkO

The extraneous sentence was tacked on to a tweet Rowling made showing a child’s fan art for her latest effort, The Ickabog. The juxtaposition here feels sickening to me: that so many people, young and old, still put such love and faith in the works of a woman who has seemingly allied herself with reprehensible beliefs. That such exclusionary intent could be amended to such a joyful artistic output from a child.

Can you explain why someone was messaging you about a trans activist, and why they were misgendering her, and why you wanted to copy and paste that…? pic.twitter.com/DPXH7rQfLP

The case Rowling tweeted about took place three years ago, in which trans activist Tara Wolf was fined £150 for assault after “striking Maria Maclachlan on the back and shoulder during a protest at Speakers’ Corner.” Actions were taken by all parties involved. Maclachlan seems like a real charmer, even in the phrasing of the right-leaning Evening Standard:

Maclachlan, who blogs and tweets about gender issues, admitted grabbing hold of Wolf’s girlfriend and kicking her, believing she had snatched her camera and thrown it to the ground, adding that Wolf’s partner – who was never identified – had kicked her first.

Wolf denied one count of assault by beating, but admitted striking the complainant, saying she acted in defence of her partner and to prevent any footage being posted online that might make members of the group the target of online abuse.

Ms Maclachlan admitted that following the event she had sent out a tweet featuring a close-up of the defendant’s face with the words: “Hiya, got any hair restorer while I’m in hiding? Love Tara.”

She had to be repeatedly told to refer to the defendant as female by the judge during her evidence.

This was the same intentionally misgendering language about Wolf that J.K. Rowling shared in her tweet some three years later. One of the most successful writers in the history of the world is, on a May day in the middle of a deadly pandemic, apparently still chatting about this event, framed in such a way as to induce pearl-clutching and scaremongering. Wolf, for her part, in explaining her Facebook post, “claimed she made the comment out of bravado and wanted to protest peacefully.”

To better understand why many British so-called “feminists” and others are comfortable with their openly trans-exclusionary bigotry, I often point people to this excellent New York Times article by Dr. Sophie Lewis that first helped flesh out that phenomenon for me. Titled “How British Feminism Became Anti-Trans,” Lewis explores TERFism and how in Britain, a history of colonialism, a long-held cultural obsession with “biological realities,” and a concerted lack of modern social movements have combined to thrust this virulent group into the mainstream. (I rarely commend America for doing much these days, but I have to applaud the fact that here in the U.S., as Lewis describes, “TERFism today is a scattered community in its death throes.”)

Imperial Britain imposed policies to enforce heterosexuality and the gender binary, while simultaneously constructing the racial “other” as not only fundamentally different, but freighted with sexual menace; from there, it’s not a big leap to see sexual menace in any sort of “other,” and “biological realities” as essential and immutable. (Significantly, many Irish feminists have rejected Britain’s TERFism, citing their experience of colonialism explicitly as part of the reason.)

But having a clearer understanding of why TERFs have gained such a foothold in some British circles doesn’t excuse Rowling’s continued behavior. In fact, because British-specific TERFism has been so neatly dissected is all the more reason someone with Rowling’s influential reach has a duty to better educate herself. Since her seeming supportive of TERF ideas became public knowledge, she has likely received thousands, if not hundreds of thousands, of replies and pleas from her fans and followers to revisit her views. She appears to have done nothing of the sort.

Even worse, when called out for her behavior as she was in the wake of her most recent tweet debacle, Rowling responded by tweeting about “thought crime” and suggesting those who are objecting to her interests are trying to censor her. This also happens to be a favored mode of shutting down conversation by far-right trolls like Donald Trump.

However, I am not – as many of the people now swarming into my mentions seem to think – ashamed of reading about the assault. You should know by now that accusations of thought crime leave me cold. Take your censorship and authoritarianism elsewhere. They don’t work on me.

She also got into a spat and seemed to be threatening legal action against a Twitter user who wrote that Rowling’s implied transphobia made her dangerous and could cause real harm, among other claims.

I’m also very much interested in the truth. Tweeting support for someone who is indisputable transphobic is transphobic in and of itself. Suicide rates among trans people are so high due to lack of acceptance, hence transphobia is dangerous to children.https://t.co/0bbb7A5cF5

I’m afraid your lawyers might need a little more than my tweet in support for Maya Forstater, who believes that humans are a dimorphic species, but who has stated her unequivocal commitment to treating trans people with respect. Again, I must ask you to provide evidence
1/2

It doesn’t have to be this way. Rowling could choose not to engage on this topic, since I fail to see how the vital fight for trans rights and recognition could possibly affect her staggeringly privileged lifestyle—save that now she is called out for throwing her weight behind toxic rhetoric, and many former fans have sworn off her properties. Or she could learn from other popular writers who impact young adults like Rick Riordan, who listens when his community of readers want to see themselves reflected on the page, and proudly writes such representation into his works. But Rowling’s continued alignment with transphobic language and what comes across as contempt for many in her audience only show her to be self-centered and narrow-minded here.

Ah, yes, the occasional “Why did you put gender fluidity in your book your agenda is ruining the story” comment. Perhaps what is ruining the story for that reader is their insistence on believing that a non-cishet character’s right to exist in a story is an “agenda”?

I’d remind J.K. Rowling that she created a fictional universe where the evil villains are a bunch of rotted, fascist aristocrats who oppress others for being different. While we wait to see if she will ever realize this hypocrisy, we can gaze upon the latest fan art reflection of her output.

Dear @jk_rowling. How are you? I drew a picture of The Ickabog and I hope you include it in your book! pic.twitter.com/ISSr30aNOM